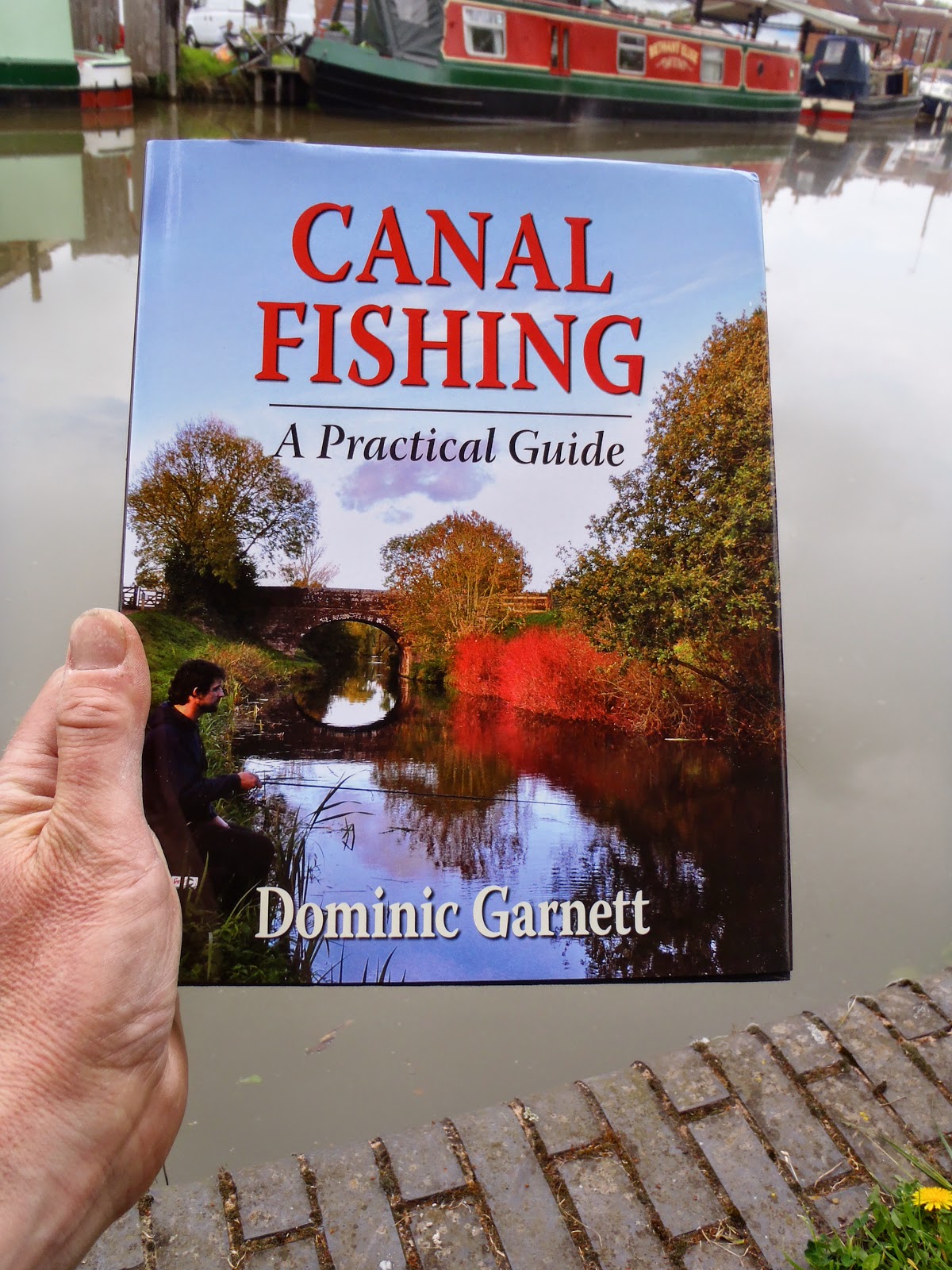 Weighing in at an impressive 2lb 2oz, Dominic Garnett sets not only a personal best but smashes the old British record with his first canal fishing hardback. It's a true rarity. So far as I'm aware the last specimen of the particular species was banked by Kenneth Seaman back in the early seventies and apart from Bob Nudd's impressive list of video hybrids which though important contributions don't count as thoroughbreds, not one has been seen in the meantime.

Old timers I meet on the towpath still wax lyrical about the old days when canals were very important fisheries and the backbone of the match circuit. Polluted, and in a local case gin clear but heavily coloured by acetate dye, they were apparently very productive of stunted roach, the one fish alongside eels who'll survive almost anything bar an excess of oxygen.

Then came carp-on-tap, canals were cleaned up, redundant commercial boats made into abodes and holiday hire vehicles cleared the choking weed and stirred up the water. They became forsaken places where only those too poor to afford the petrol, bait and ticket to fish the local commercial for the swimming wounded whiled away long destitute hours in fruitless pursuit of what had seemingly vanished — quantity and lots of it.

What happened? Well, let's look at my local cut, 'The Cov.'

Clean canals are full of food. Lots of food produces either lots of small fish or few big fish depending on circumstance. Zander whose diet is small fish and hunting preference coloured water make their way through the system forcing pike whose diet is large fish and prefer clear water into the background. In a decade or two the canal becomes a specimen filled venue because of this peculiar pruning regime where the excess of ravenously hungry stunted prey fish is continually culled but the mature specimens left alone to grow large on their now super abundant niche diet.

Your canal might be very different to mine. You need to find out for yourself. Which is where this book comes in right on cue because canals all across the country are, and for all kinds of reasons, fishing at their very best right now. Unfortunately, that's a fact known only to those few in the loop; those anglers (myself included) already bound up in what is something of a 'cult of the cut'. But it's a fact that needs to be broadcast to the largest audience possible and be made mainstream knowledge.

A 'practical guide,' it does not seek to make things either easy or hard for you nor does it preach or proselytise, just lays the basic foundations for your own practise should you want to give canal fishing a go and that's just what a practical guide should do. Well written, as you'd expect, and with a wealth of stunning pictures it is also expertly edited and beautifully laid out which makes for an effortless enjoyable read. Well done the editors and typesetters at Merlin Unwin!

For me it's a dipping book. A little bit of what inspires today and I'll put it down to inspire again tomorrow. I'll never read it cover to cover all in the one go because that's not how my brain works, nor is it how my fishing works, and not really how this book works either. Designed to get you out the door and down the cut before you reach the end of a chapter, if you manage to finish one and start another without grabbing the rod bag, bait and nets then it fails in its mission!

But it succeeds. I went out twice on the trot because of it. Failed both times to find roach, but hey, I fish bread and they are roach, after all...

You can't expect a book to answer such questions as they pose!

Lastly there's a contribution of my own to mention. Right at the back of the book is something very special — a list of all the current British records for the species found in our canals. I laboured really hard compiling the original list (one that even included a capture or two of my own) but with sterling work on the part of Russel Hilton and valuable contributions from Mark Wintle, between us we eventually hammered out a believable and firm basis for a further one (and pushed me out the running!)

Dominic Garnett takes our work, tweaks it, adds a few more, publishes, and now it's just a BRFC committee meeting short of official — but in the meantime these are the targets to beat at should you be aiming to add your own name to the updated list in the 2nd edition...

You should. Most are do-able. Roach for instance at 2lb 4oz — the record that George Burton only failed to clinch because of his commendably honest refusal to round up his recent 2lb 4oz 10 drams Oxford Canal specimen to 2lb 5oz! Silver bream too. If Keith Jobling wangled a British record of 2lb 1oz out the GU without even trying for them, then you can bet they run bigger still...

And there'll be a second print run if I have anything to do with it!

Now, you lot bugger off and buy the book while I bone up on canal tench. There's a record with my name on it just round the corner from home...