Coventry Canal just round the corner from home and a short roach session snatched from a ridiculously busy work schedule that has pretty much robbed me of fishing opportunities the last few months.

Whilst waiting for the mashed bread to settle in the track and the bites to commence I thought I'd take a butchers at a new book I'd stashed in the bag to while away the usual occasion of a twenty minute to three-quarters of an hour wait for the first. 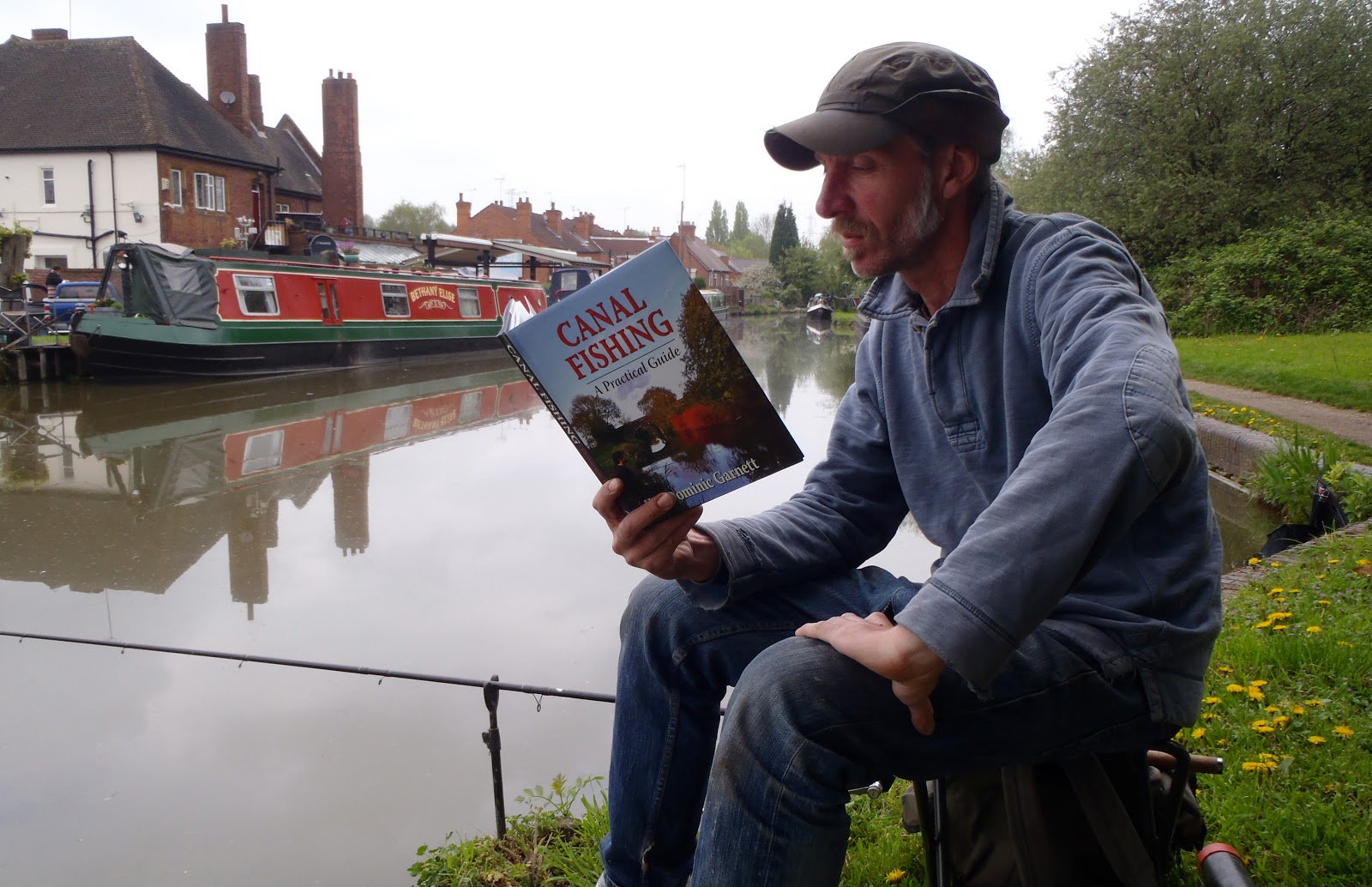 I'd gotten through Des Taylor's opening foreword only as far as ' Make no mistake: nowadays canals aren't so tough as they once were...' before the float shot up the full length of its antennae and a feisty spring fish was on.

I really, really was hoping for roach because the weather was just right for them. Good grief I can't remember my last roach from this swim it's been so long since the last. It was of course, one of the Cov's ubiquitous and very welcome skimmers. Never mind. They're always welcome on my hook and in my book because on the whole, and in the main, being rather greedier, more willing and less fickle  than roach they always accompany them about the groundbait, but usually precede them to the net.

Next cast, another bite. This was going to be one of those sessions, you know. The float dancing merrily and fish after fish coming home. And then a boat appeared...

Such a great start and let me tell you, a potentially great session in the offing, and it was all over in the first ten minutes.

If you build a bread-based swim fishing big disks of the stuff on the hook and all goes well you may well catch a two-pound roach on my local Cov or Oxford canals given enough time, and George Burton has done just that just recently so you can believe me when I say it. However, no-one in the entire history of committed specimen roach fishing on either canal (that's George since 2012 and myself since January 2009!) ever successfully rescued a well-prepared and cooking bread swim from the outright and utter disaster of a boat going through.

Yes, you can catch blades twenty minutes later in one's wake as proved to me beyond any doubt by Norm timing the introduction of fresh feed against his watch at Electric Wharf but in my long experience of this form of fishing on these particular venues, it never fully recovers where the big fish are concerned. Where they go to is a mystery but they don't come back in hours and the only answer seems to be to move along and start afresh in another peg or go home. 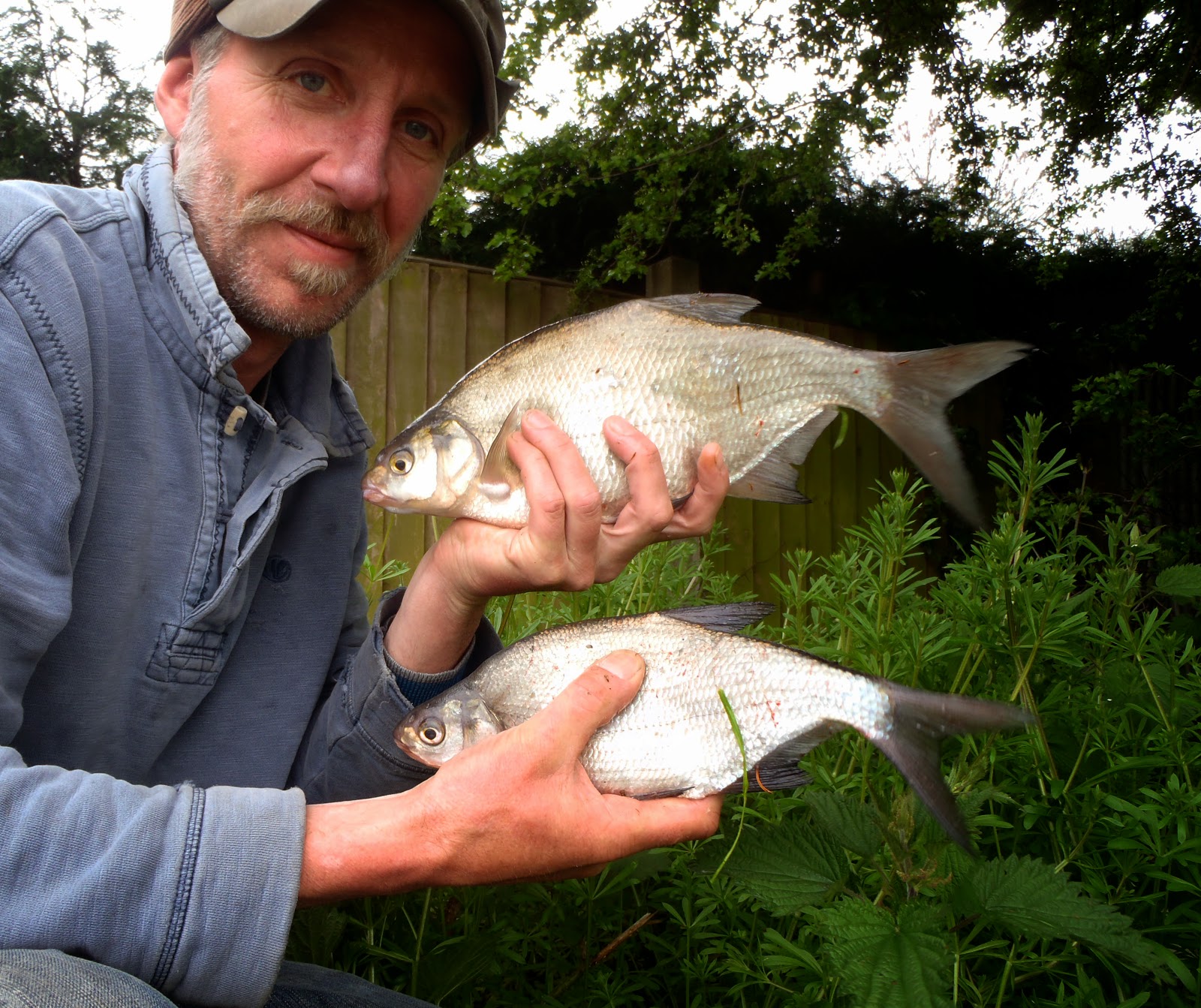 At that moment I thought I'd give up and go home, and that's what I intended to do, but before I did I thought I'd try a rescue mission. Ball in another couple of mashed slices. See what happened. Then go home when it didn't.

But it did. I caught another bream about half an hour later. However, then came through another boat!

The swim never recovered again and finally I decided that Des Taylor wasn't quite right. My canals are just as tough as they always were...

But then again, Des wasn't quite wrong either, was he?

He never said they were easy...

Next, a review of the book itself

50 years an active angler I've been asked to produce a rod license just twice in all that time. The last occasion was at Bury Hill, and actually, thinking back I never got to actually produce because Martin Roberts and Dave Fowler stole the thunderous import of the moment chitchatting the swooping official into such a state of utter submission that he ignored me utterly and in the end walked away denying the rare honour of waving it under his nose. 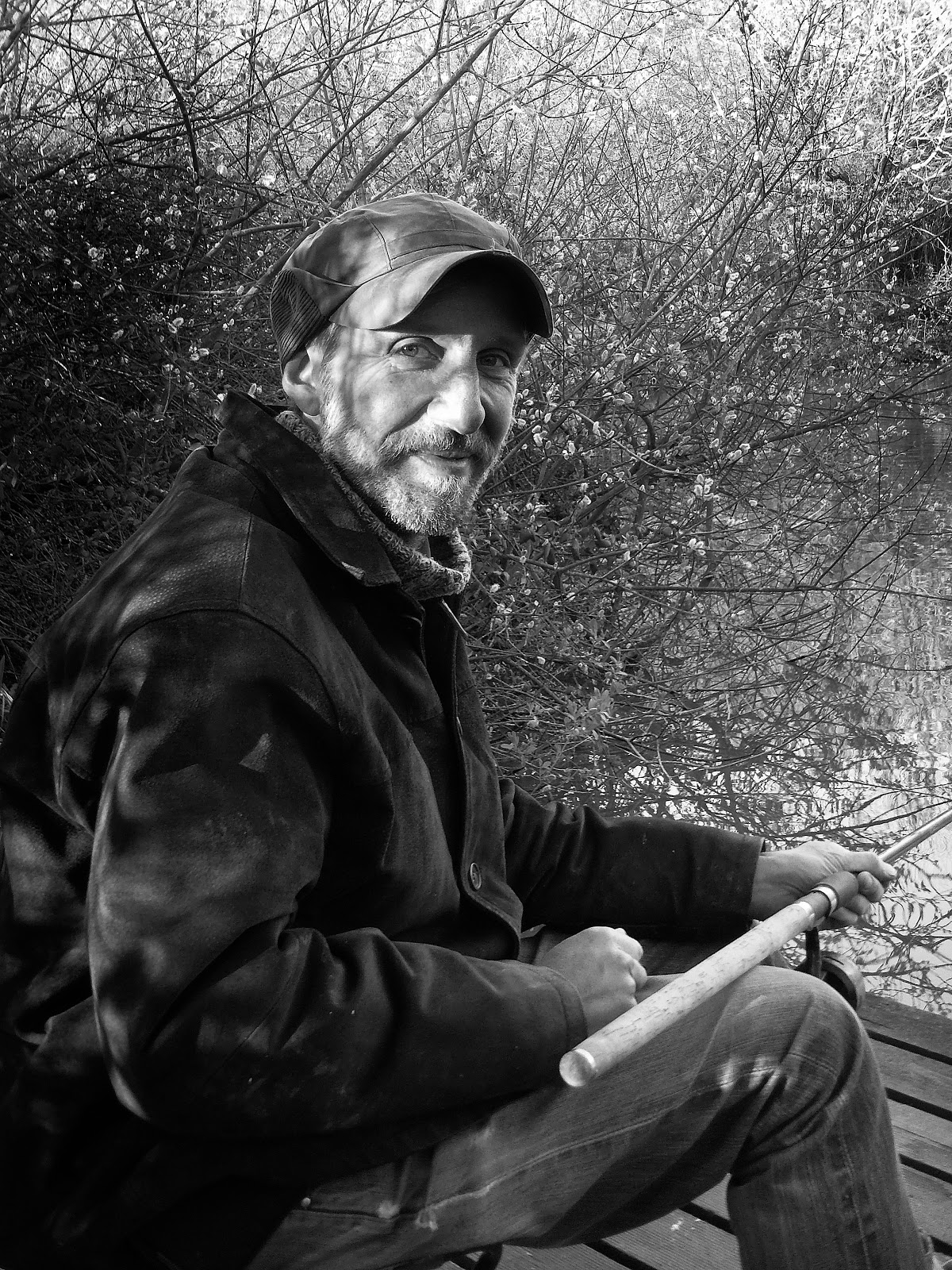 On the first occasion I didn't have one, in fact I was a license virgin who'd never ever considered he'd be required to hold one at such a tender age let alone lose his unblemished criminal cherry by such an act of buggery.

Marched from the fishery I was then summoned to Brentwood Magistrates Court where the magistrate pretty much laughed the bailiff out of court admonishing for him wasting court time over such a paltry issue, then fined me £5 and awarded £5 costs.

Those were the days, eh?

That was 1974, though, and me just a teenager. Forty years on and things are rather different with non-possession or fishing during the close season carrying a maximum penalty of either shed loads of money or in the case of celebrities, serious career damage and ignominy in addition to shed loads of money.

Once bitten, though — twice shy. I may have come away relatively unscathed from my first punishment which was akin to having a ruler whacked rather lightly across the knuckles by a headmaster going through the motions of punishment but without meaning it, but I never forgot from that moment on the necessity of never fishing again without that slip of paper in my wallet. So, Martin was to pick me up at five, and, I applied for my license at 10 minutes to, took note of the reference number just in case, then, off we went to Warwick Racecourse ressy for a spot of fishing. 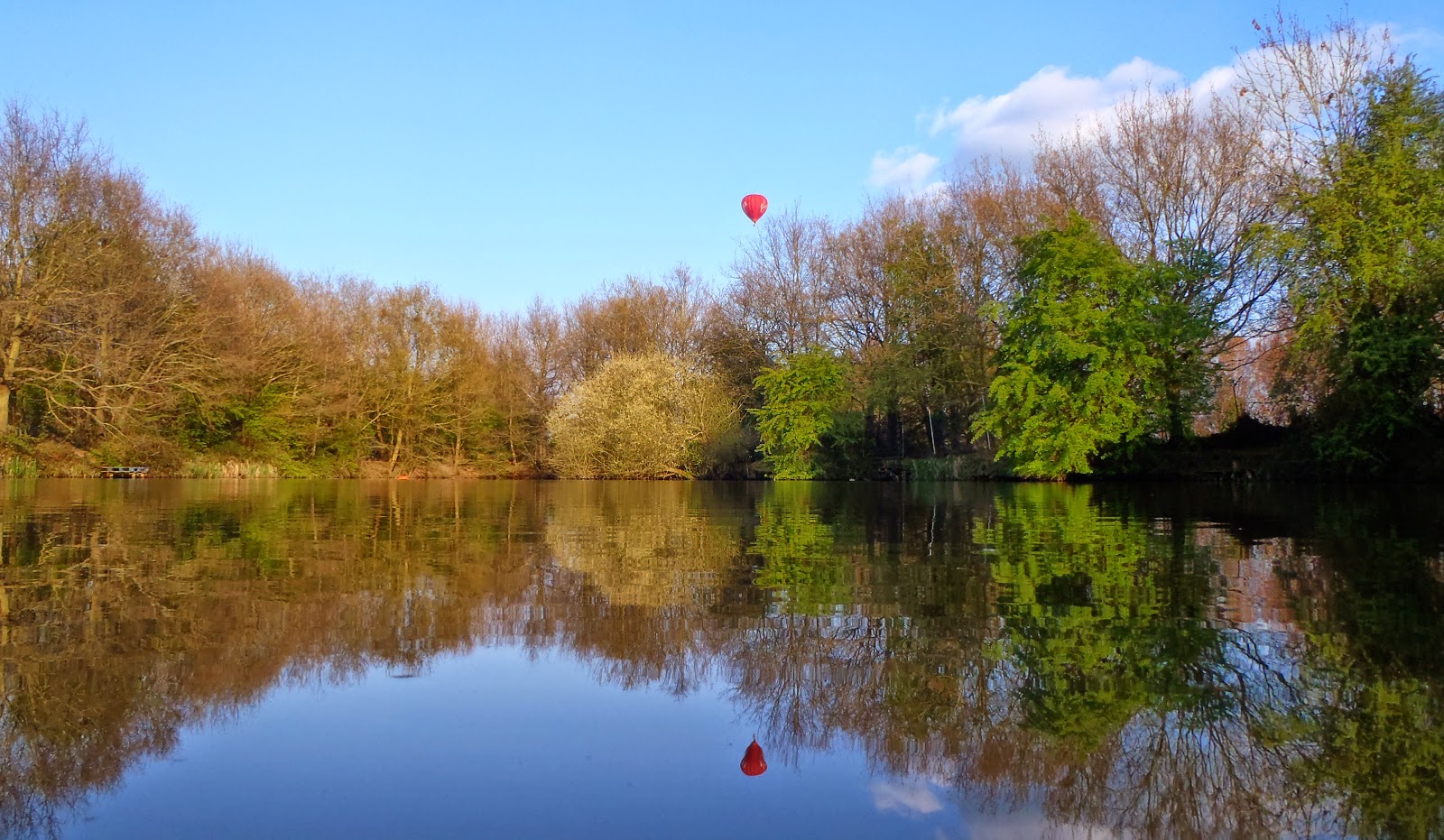 It's a pretty little lake, triangular in shape, and full of fish. Quiet and peaceful it is too.

A couple of lads on the far bank sharing the same swim fishing for carp were chatting away merrily...

We then proceed to talk across the bush dividing our two swims every bit as loudly as they! 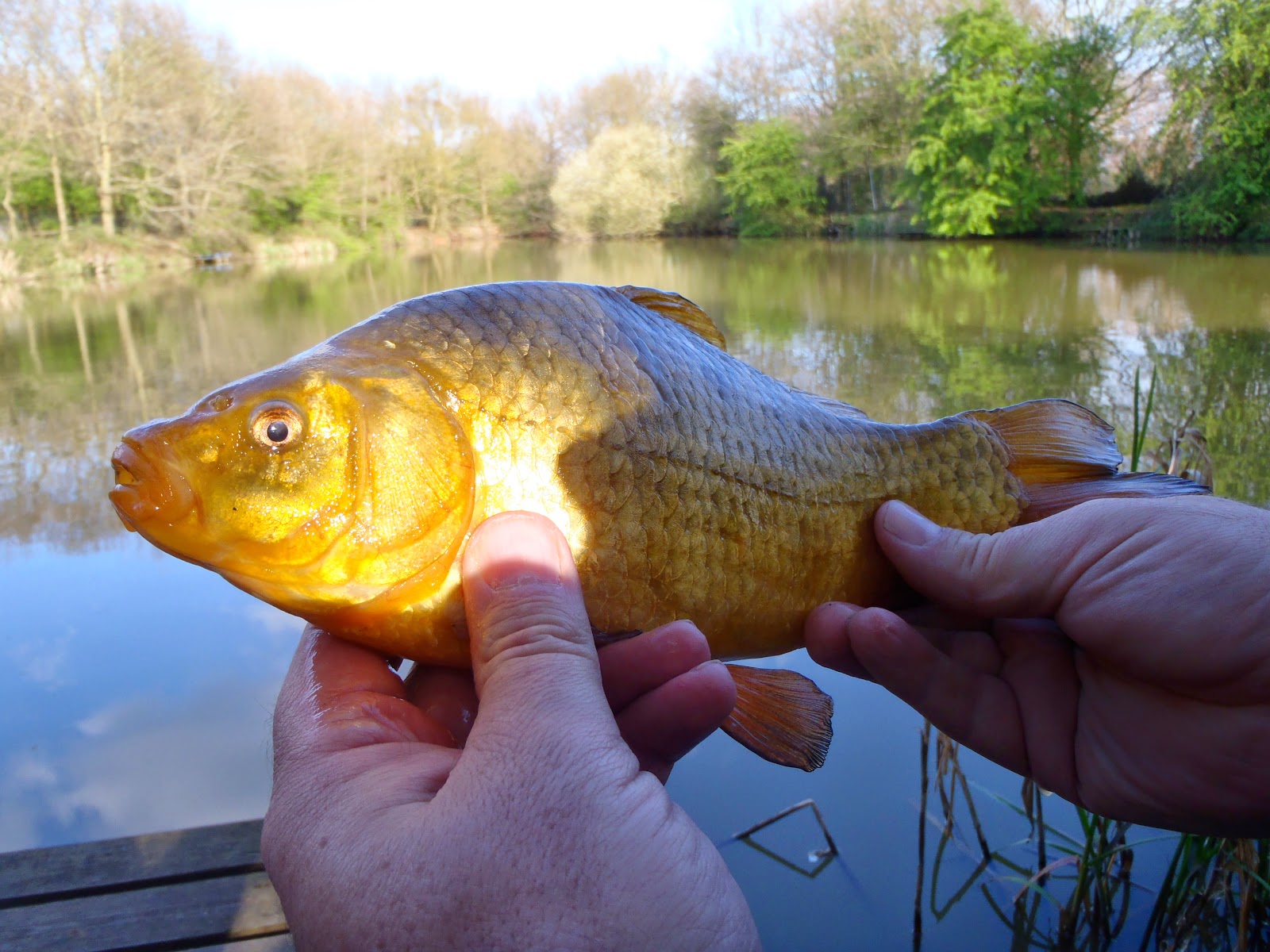 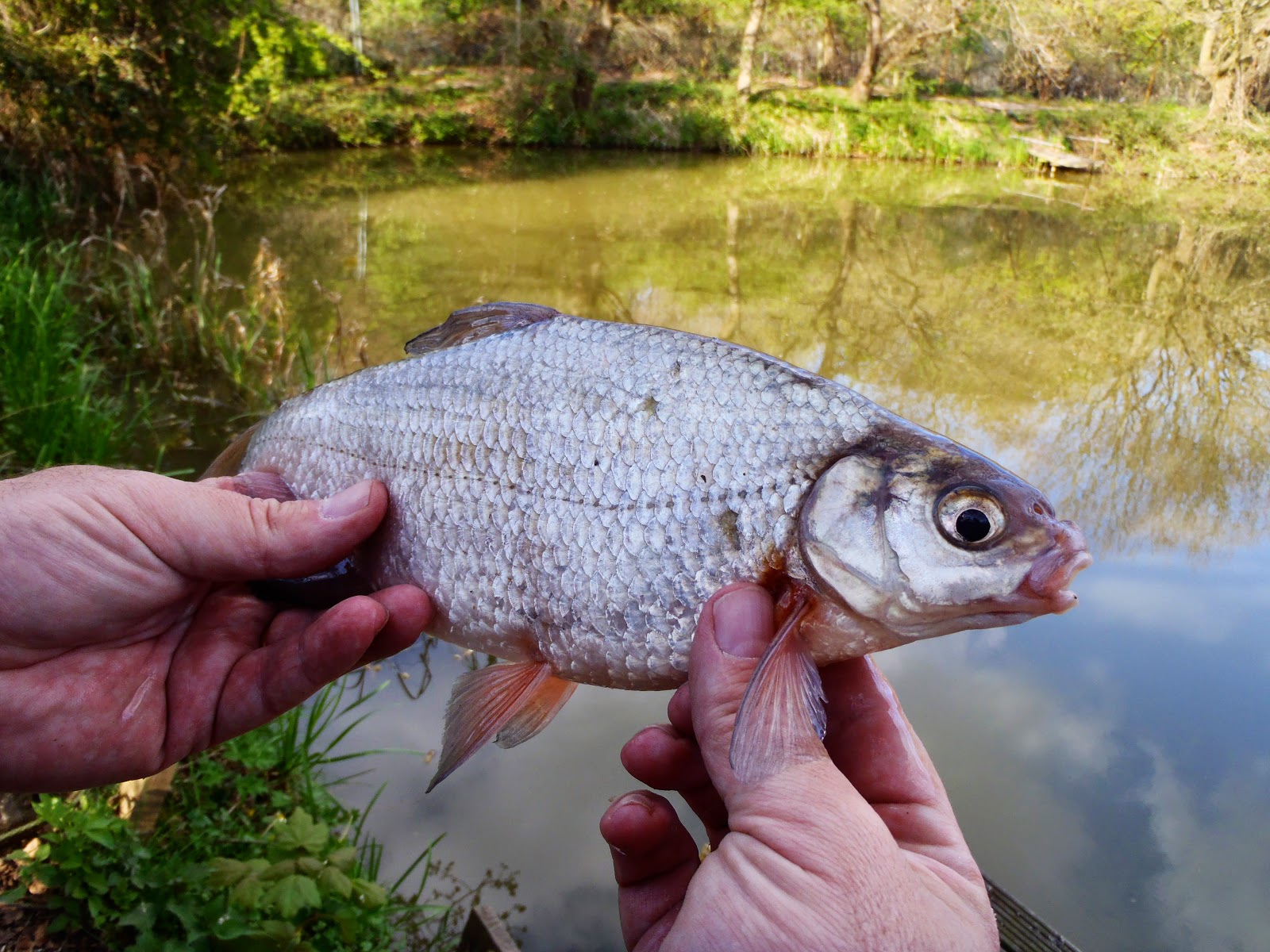 There was nothing much to shout about in the sluggish early season fishing. A brace of crucians for Martin, a small tench for myself and a fair number of silver bream between us both. I did lose a good fish though. Pulling steadily toward the safety of the bush without ever deviating in its determination to go in the one direction only, eventually overpowering the light float tackle it got where it wanted to be, snagged firm, and stole my hook. An eel perhaps? 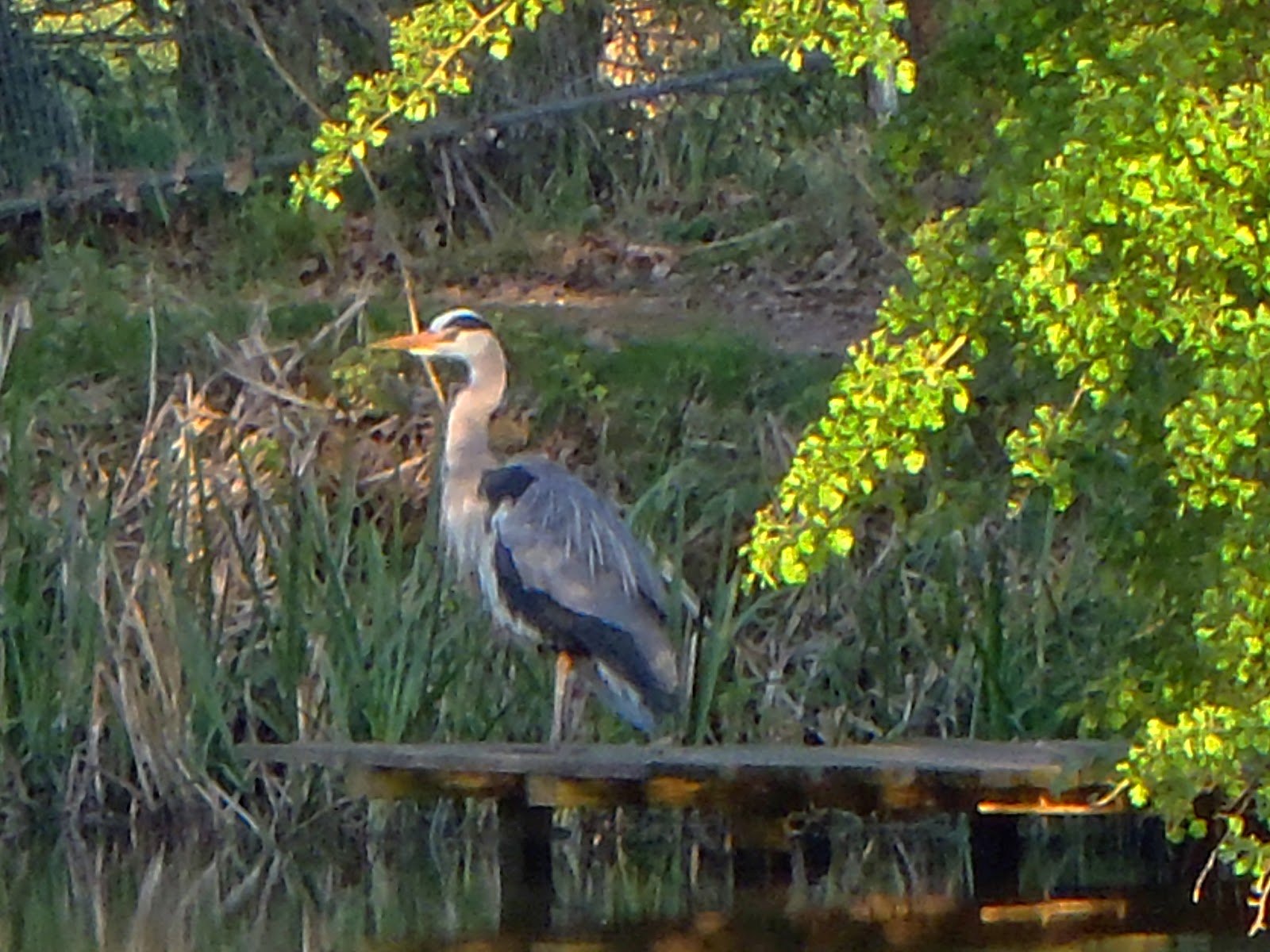 Then swooped in a master angler who proceeded to fish his chosen peg without a care in the world for bailiffs and their little pocket notebooks, court cases, fines and costs and whatnot. Didn't even have the wherewithal for the day ticket...