In his super enthusiasm for Longford Park and his love for other dogs he strayed unusually far last night losing sight of myself and his constant companion and mother, Molly.

In trying to find us he ran across a road dividing two areas of grassland and was hit by a car. When I found him he was still alive but unconscious and in a critical state. I knew he wouldn't survive long but bundling him up I carried him to home where he fought for life in the place of his birth before succumbing to his fatal injuries. He died in my arms.

A young adult, fully grown, he was superbly fit and immensely strong. Energetic, loyal, biddable, dependable and loving, Oscar was almost everything a great dog should be, but he never inherited an ounce of his mother's common sense. On the eve of commencing gun dog training when he would finally have gained good sense of his own, cruelly, he was cut down before achieving the full potential of the prime of his life. A tragic, tragic thing to have to witness and now endure.

Perhaps he'll go to heaven but fear they'll not have the young devil in the house. I'd have him back here right now and for ever more. But, he is gone forever and won't be coming home again. 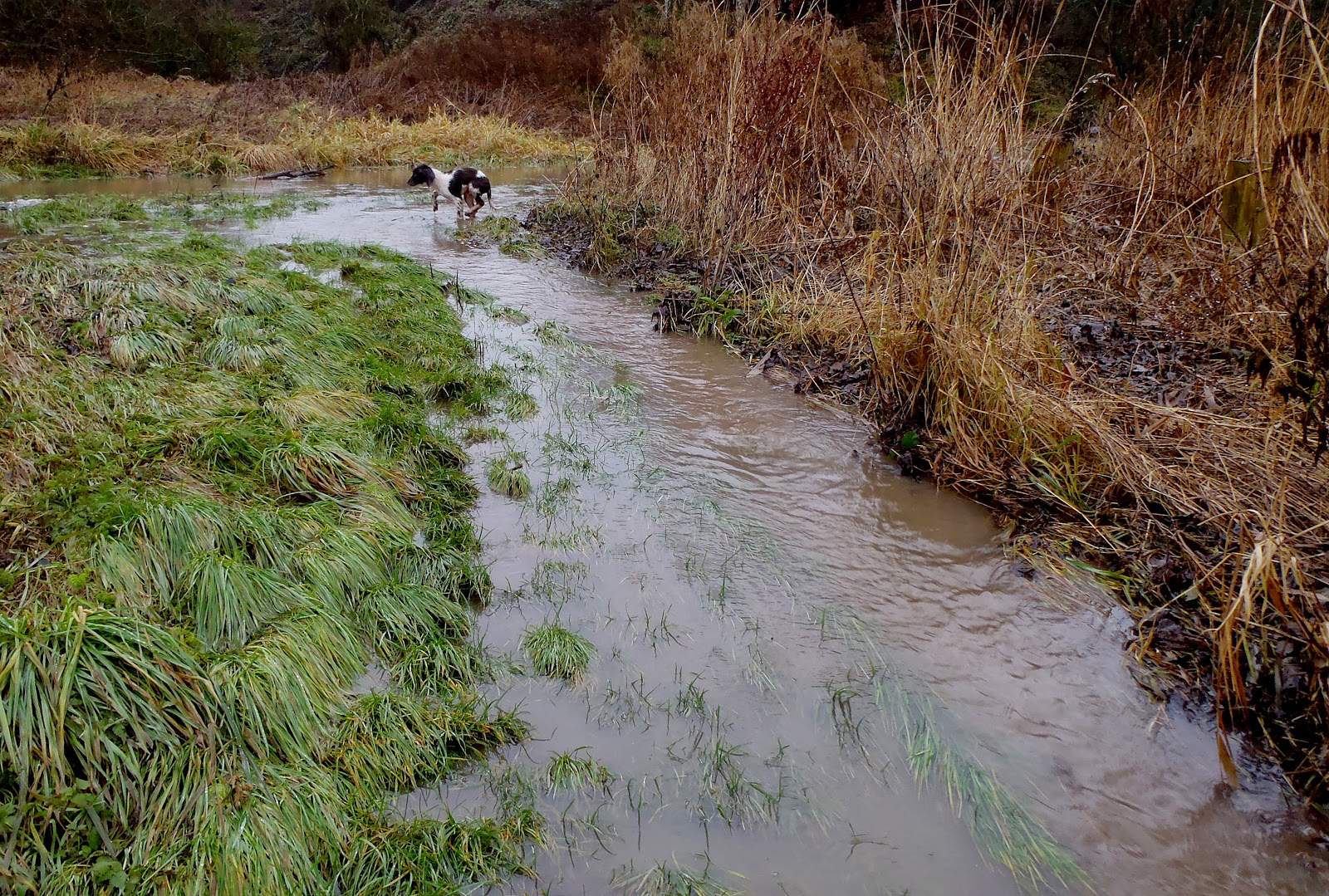