Avon Barbel — Stuck in the Stalls

With the Blogger's Challenge off to a flyer,  most of the field round the first bend and out of sight, Hatt is stuck in the stalls...

It's not that I haven't had the inclination, I have! It's simply that I've found neither the time nor the cash required to fish. Every hour of the 50 days since this competition began have been spent earning money enough to pay off all the various expenses of living plus a punishing solicitors bill. It was worth it though. Without his assistance I might have been stuck in a property dispute the rest of my life.

Thankfully the last instalment of that invoice is already earned, banked and ready to pay and so there's a glimmer of light at the end of the tunnel.

But I simply cannot afford the license fee right now because £30, though not a great deal of money, is greater than I can afford when that bill comes first, subsistence second, fags and beer without which I cannot exist meaningfully rank third, but every other pocket pilfering requisite of life descend in order of necessity with fishing and all other enjoyable comforts and pleasures of least priority.

Martin arranges a compromise. He's clipped one of those coupons from the Anglers Mail so he can 'take a friend fishing,' so I get my code and off we set on an early season barbel mission down the Avon. 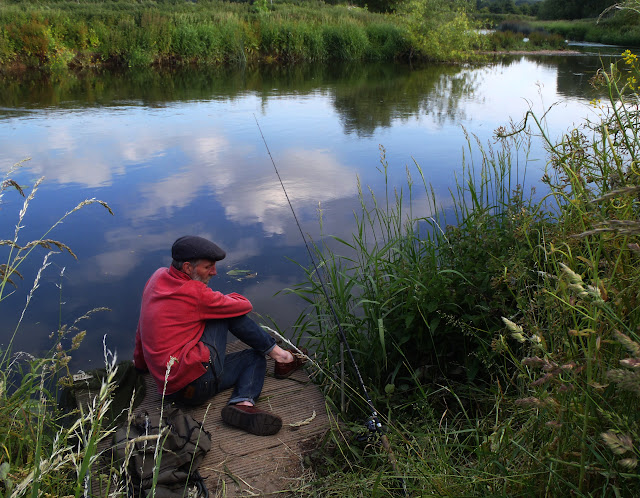 A new stretch this. Quite lovely in the moderate heat of late afternoon. How nice it is to fish and not be encumbered in swaddling layers of hi-tech cold defeating cloth, don't you agree? Deck shoes and bare ankles — what a luxury! 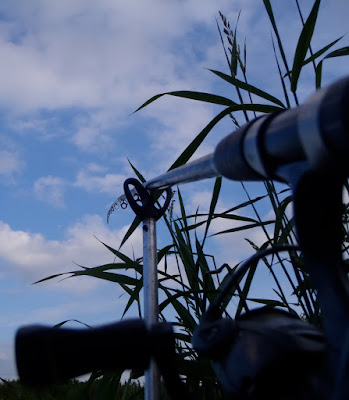 Interesting swims too. Bends and riffles, reedy glides, pools, slacks, swirling eddy currents, you name it, it has it. After an hour or two looking about at our prospects for the season ahead, we finally settle down to fish. Martin choosing a fairly shallow near bank pool with a nice snag that just has to hold fish and myself opting for a central run of fairly swift water creating deep back eddies near bank and far.

First cast I have a bite on bacon grill. It does not connect. But it was a chub bite anyhow as are the next, the fifth, tenth and last. By nine, with just an hour left on our clock, I'm certain this swim holds neither barbel nor a chub of a size to get the bait in its gob. And so, with just one move possible, I opt to go upstream and find myself a new swim.

After ten minutes of indecision when I cannot decide between three possible options, for no apparent reason I choose the dullest of them. Just a straight run of water between reed beds, with no real feature in the water to recommend it, but somehow, it looks, 'right'. So I settle in and I cast out. Downstream and mid-channel. 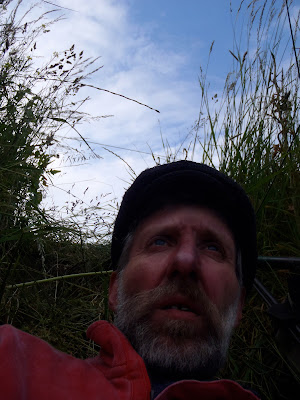 I find with barbel that watching the rod top is the best way to put them off. They never bite when I have my eyes fixed rigidly upon it, and so I focus on the slowly drifting distant clouds instead, whose barely perceptible movement amplifies its potential violence of motion in the far corner of my right eye.

No twangs and bangs and plucks and pulls and rattles and what have you, here. The rod is, for the first time in hours, monumentally still.

A million buzzer midge cloud vision. I watch the swarming fuzz but can't see one. But in a crystal moment perceiving both near and far at one and the same time, in the middle distance catch an individual in flight...

She's gone for certain but winding forward and   rectifying my lazy mistake, the line tightens, and... she's still on!

There's a dour battle for ground. For a while it's about who owns the hooking field. I do. So she proceeds upstream and midstream to a point where I pull downstream and then she decides to go for cover, into the reeds, my bank.

She exits just as soon as she enters.

Best barbel of the Blogger's Challenge thus far, but that won't last long if Mr Martin Roberts has anything to do with it... 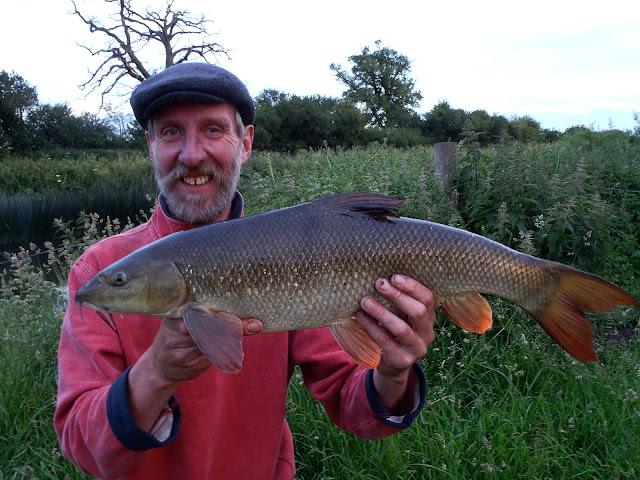