Finding roach on these canals of mine is not an easy task. You might think fish to be spread throughout the entire length of one like currants in the proverbial bun and I think that's how canals might appear to be to those who've not experienced them before, any peg looking much like any other. That's not the case of course. Just as with any other watercourse they are found in certain locations...

The trouble with canals, at least those I fish, is that there's no way to know where a shoal of roach might be if you don't either catch them or see the visible sign of them. And that's a problem because they very rarely show themselves, you certainly won't be able to spot them with polarising sunglasses, the only time of year when they are visible is when basking near the surface during the hottest days of summer and catching them doesn't really tell you the extent of the shoal located unless you catch a lot of them.

And that rarely happens!

It's akin to fishing a motorway. And that's exactly what they were built to be — jointing sea and navigable river into a great new framework of man-made waterways linking every city in the land one to another, they were the late 18th Century's major arterial routes — the blood supply of the industrial revolution.

Winding their way through ever changing scenery —  just like motorways, between junctions all canals are exactly the same the entire miles of their length. Narrowboats and trucks both demand that.

Life would be made very difficult for those that use them if it were not so...

It certainly makes life difficult for the would be roach angler, though. Uniformity is our bugbear and where to fish for them may as well be decided on the toss of a coin.

Far bank cover has nothing to do with where roach live. It does with tench who patrol along the far bank just as crows search the hard shoulder in search of carrion. Cast as tight as possible to it and if they're there or thereabouts then given time enough you will catch them.

But roach live in the boat track — the fast lane. The only cover that matters to them is the depth of the water over their timid heads.

At least that fact reduces the problem of location because the far bank can be ignored and effort concentrated where it matters but it also expands the problem by denying the angler any sense of place.

The boat track is very, very long and utterly uniform in width and depth. Any part of it seems as good as any other... 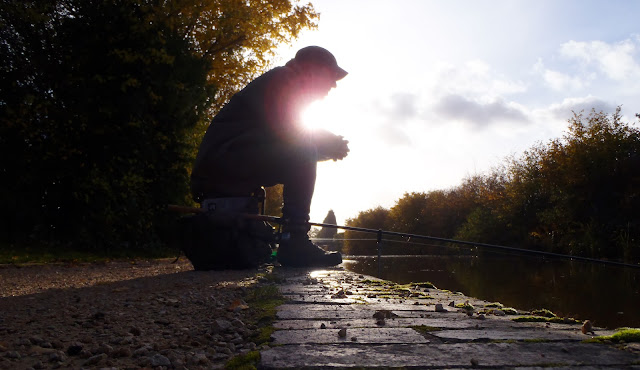 But that's not true at all. Certain places are much better than others — but for no reason that anyone has ever figured. And that's why canal anglers are number crunching maniacs hell bent on bean counting each event of every second of each session and calculating their way to success. Only numbers can tell them where they should be fishing, and only numbers can tell them why.

Ask any canal angler and they will concur.

It's math that matters...

Success is the product of pure calculation!

I haven't fished for their roach properly for two years now. I began catching them on bread in 2011, quickly discovered that it was most attractive to 'other' species who liked to swim right against the far bank, fished there for them and because roach were rarely caught that close and shallow, I stopped seeing them.

In the meanwhile I've lost sight of their ever shifting locations.

Having embarked on a new mission for the Winter to come, their present locations are what I have to find. You may have gathered that efforts so far have drawn blanks. Interesting blanks of course, as all blanks are, but blanks all the same. But blanks make numbers, therefore they are good work.

Though they're driving me up the wall in the short!