I'd caught many hundreds of zander in my long and illustrious zander career. Sometimes, it'd seemed, with the rosy hindsight provided by a half-price bottle of middling plonk and the irreverence of spirit a roaring fire on a cool October night induces that once upon a time I'd caught a hundred in the one go. It was ten or so, and half of them were lost, but it seemed ten times that sum on occasion such was the feverish all-action nature of that memorable night round the corner, down the cut.

But I'd never caught one from the Avon, ever. That's probably because I'd never tried very hard, but I had tried once or twice. Actually it was the once I'd tried. With Danny Everitt — Seven Meadows, Stratford-upon-Avon —  frosty morning — roach on my mind — didn't put my back into it.

But just lately they'd taken up residence in my imagination once more, so, last Friday I finally decided to have a more focused crack at them on the same river but some miles downstream. There's this big, big slack near bank, you see. And it's very deep. Last time there I'd fished it hopelessly for roach trotting bread through but never had a bite. It'd occurred to me then that it might well hold front page zander or pike, so that's where I headed Friday night armed with a single rod and a dead roach or two, leaving Martin half a mile away to his barbel.

Should've turned my bloody phone off. 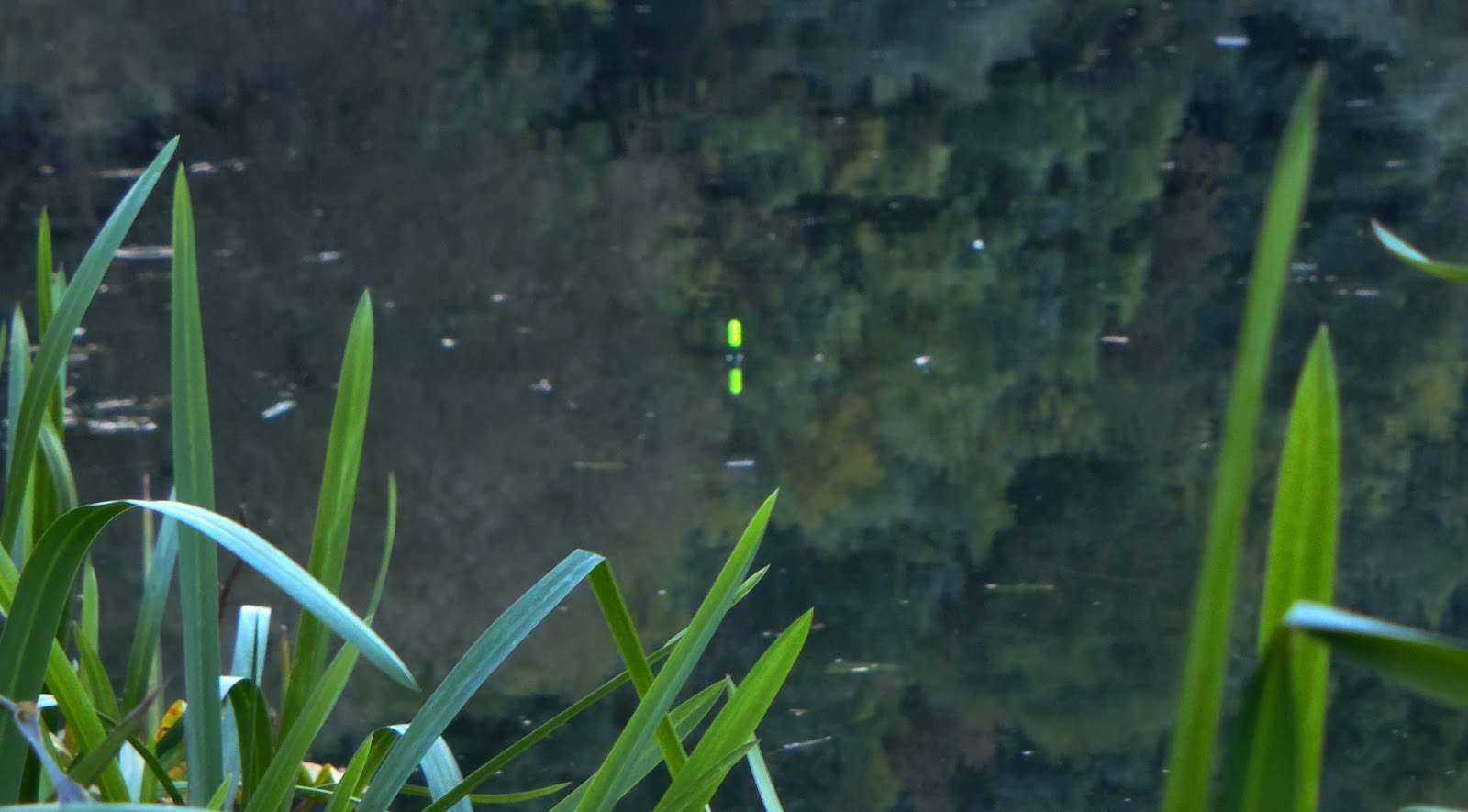 My sliding float sat stationary for some time, the bait on the bottom in ten feet of water. Just a few feet further out and I couldn't find bottom with only an eleven foot rod and a stop shot blocking the tip ring. It was fourteen feet deep out there, I reckoned. Fifteen or sixteen perhaps? I should have tied on a rubber or something, something that would slip through the ring easily, but it was getting on for dark already and just couldn't be arsed to. It was pleasant enough to watch where it was, anyways. Seemed just as good a spot as any other. 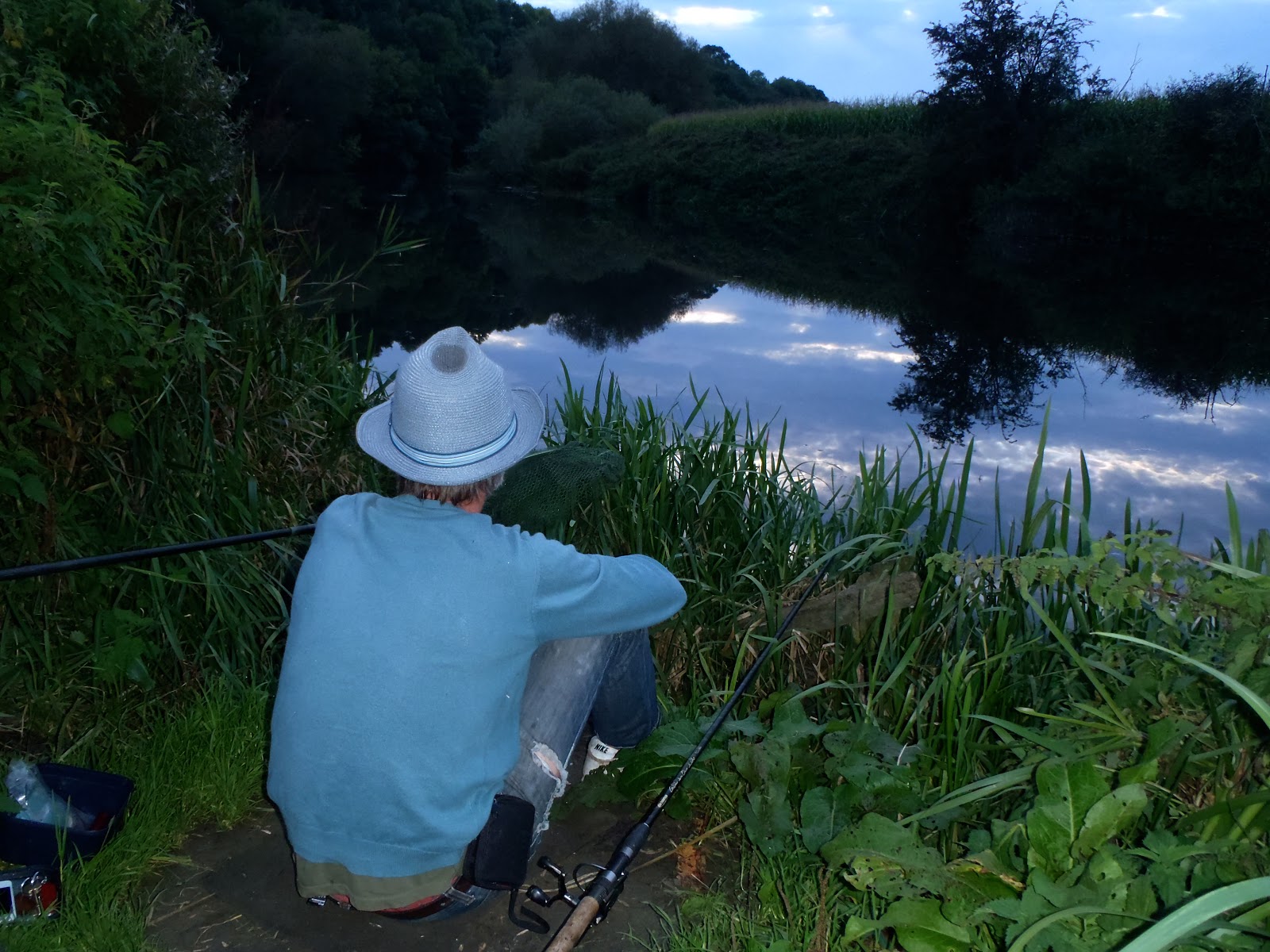 And then slowly it sank from sight...

'Slowly sinking from sight' is something that hardly ever happens with zeds down the cut. The float sort of ambles about in half-circles or takes off on a straight line toward something or other but rarely does it vanish. Whenever it does sink from sight, that's pike. So, I expected a pike now, as you would. Actually, I expected a bloody monster having imagined one earlier but it wasn't quite that. Just a small fish — a jack — most likely. 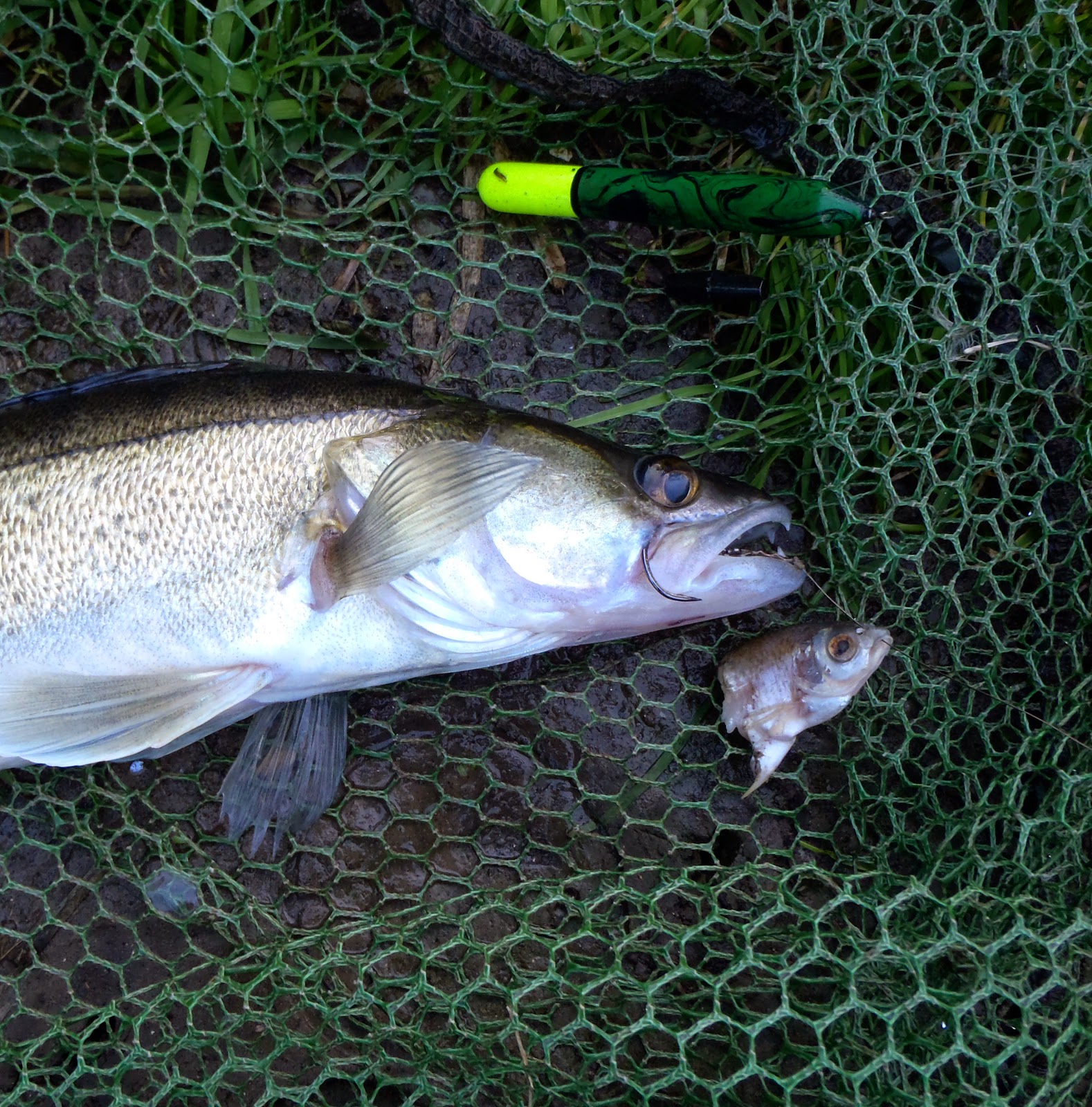 Didn't weight the fish. It was too small to bother with even though I was alone with no-one around to feel embarrassed by. I reckon two-pounds or so. Let's say, two-pounds and an-ounce, for the record. A new personal best for the species from the river by default as it was my very first and only thus far. Anyhow, having had my first and knowing a thing or two about zander being a self-proclaimed seasoned pro with 'em, I was absolutely positively certain that the same bait cast back to the very same spot would secure another, and possibly much, much, better one.

Like I said, I should've turned my bloody phone off...

Suddenly, just when my hackles were rising with the falling of the light and prospect of monstrous zeds gracing my net, I'd to packed down and race back. His half expected breathless call had arrived and I'd duties to perform.

Half a mile distant — the best of Martin's year — ones! 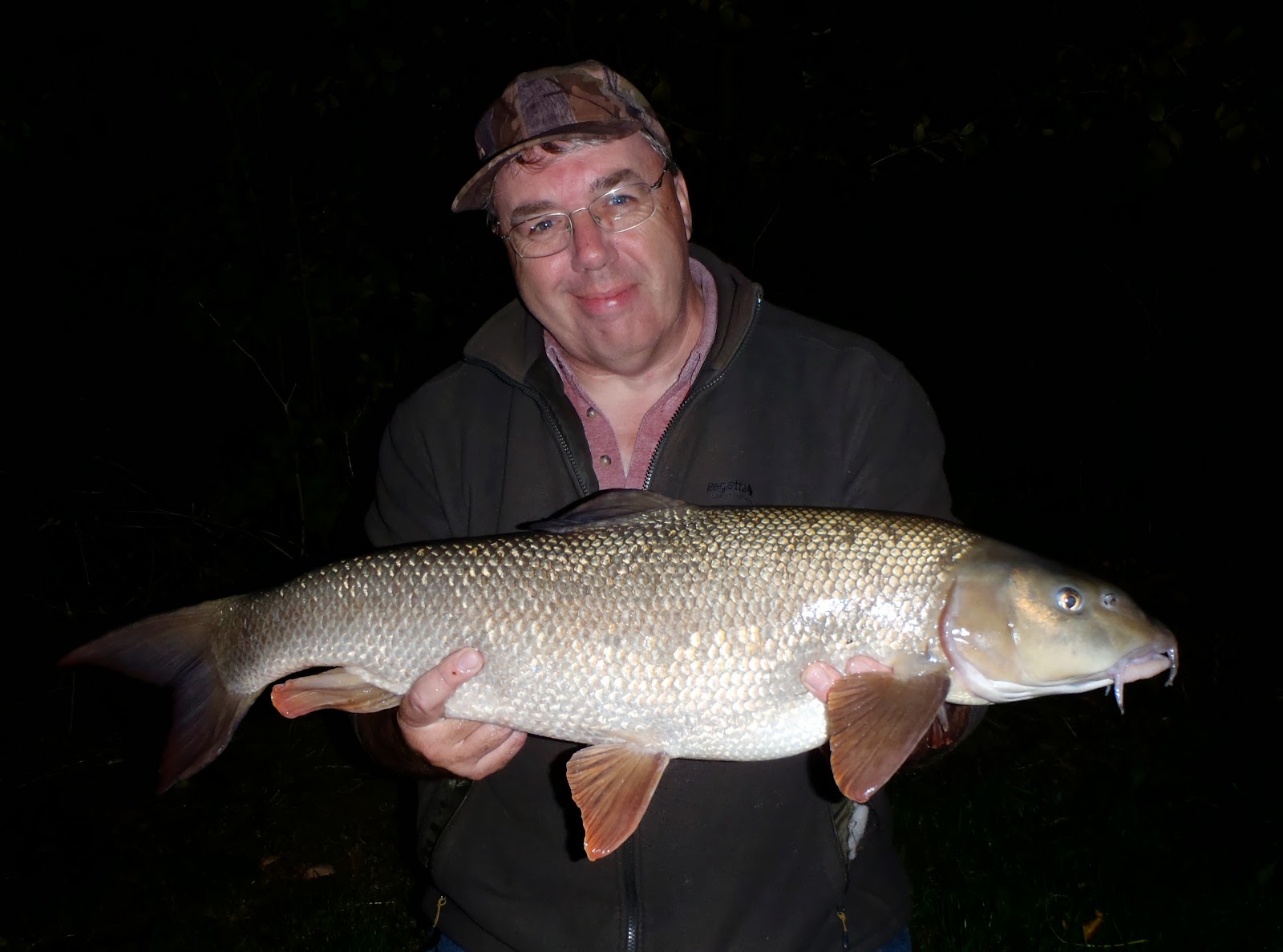