I takes some getting used to does this commercial fishery angling, what with well stocked tackle shops on site, toilet blocks fit for a royal visit, a cup of fresh tea hand brewed by the fishery matriarch whenever you want one and often with a choice of ponds offering particular brews of species and as with Saturday's trip with Martin, single species lakes, which is something that I find very hard to get my head around.

We chose to fish a lake which contains just tench and nothing else besides a few small perch. How weird it is to cast and know that every bite will result in a tench and every sign of fish movement seen is always from tench too. That's just not normal on any other fishery I know of where a bite on say worm or maggot can be from any one of ten or more species, and could result in anything from a one ounce gudgeon to a forty pound carp. 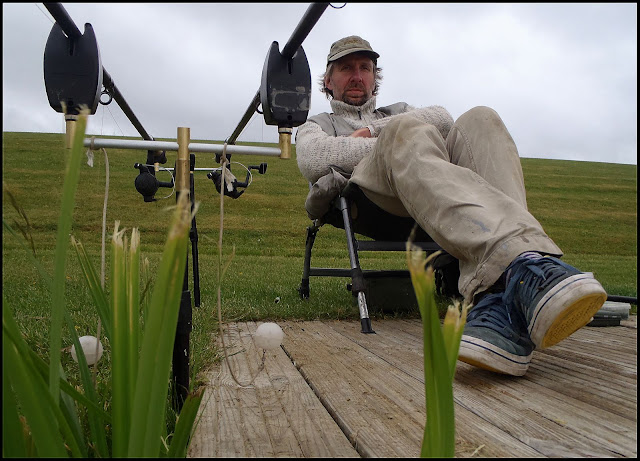 The day was windy and overcast with the air threatening to bring rain at any moment. It wasn't cold but constant wind has a way of wearing you down whatever its temperature, doesn't it? Martin chose the most sheltered swim on the lake in the far corner where he had a variety of features to cast a float to and I set up in the next peg along where I chose to fish two method feeders on bobbins and alarms tight to a central lily bed. 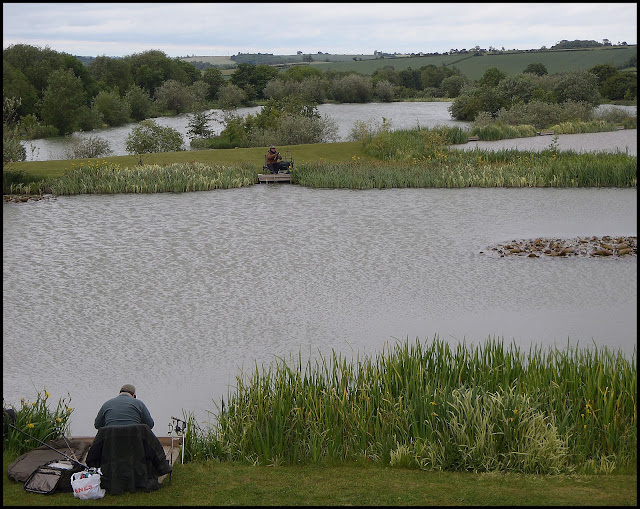 Martin fished a pellet on his sleeper rod and worm on the float but my bait choice was prawn, a bait that is fast becoming a favourite with me as I find that it works just about everywhere and instantly too, even if the fish have never seen or eaten one before in their lives. My method mix was brown breadcrumb mixed with crushed pellets, sweetcorn, mashed prawn, a little fresh white bread introduced as a binder and all mixed with a little lake water to a consistency that would break down over half an hour or so.

I had a run and hooked the first fish about three quarters of an hour in, a plump buttery tench (what else!) of about two and a half pounds 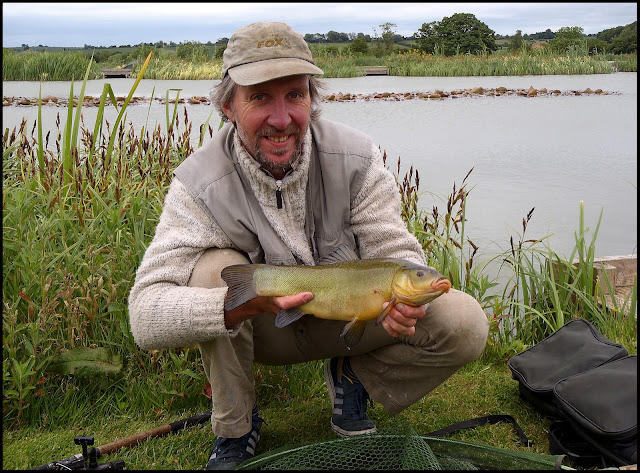 The next run came just a short while later and I thought I was in for a red letter day but the fish threw the hook, as did the next, and then the missed bites came and more lost fish and on and on till I was left scratching my head in bewilderment. Martin hadn't had a touch in all this time but when he eventually did he landed a fish and then proceeded to bank one after the other for the remainder of the day whilst my fishing deteriorated to the point where I was hard pressed to get even a bite. 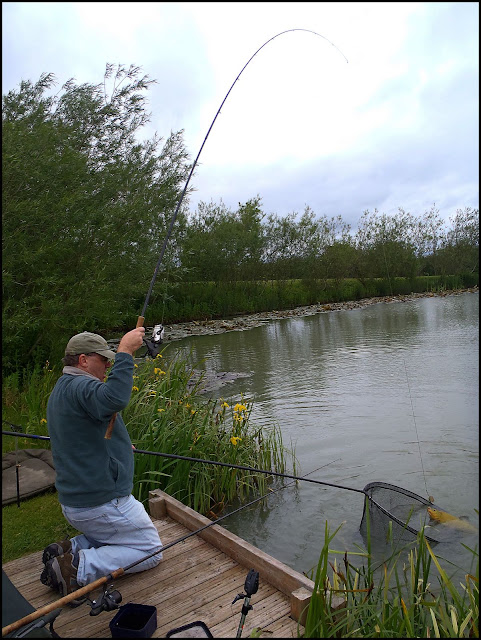 By mid-day I had landed three fish, but Martin at least twelve and to both worm and pellet in equal numbers. I effected rig changes but as the fishing out front had tailed off to the point where bites were coming on the hour rather than every few minutes, it was now impossible to ascertain if any of my changes made much of a difference. 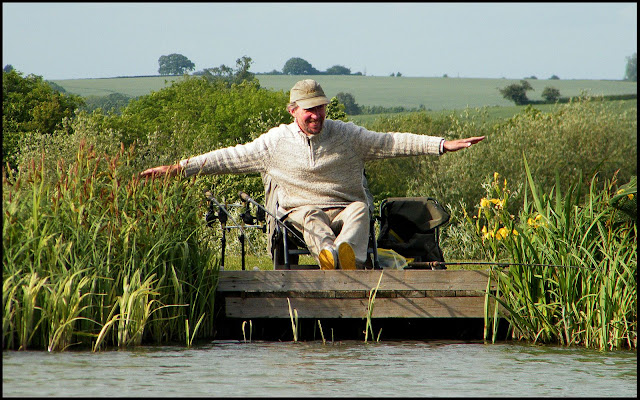 I tried a move to the other side of the lake but this was a mistake as I then had to sit in the teeth of the wind totally exposed to it force. I lasted an hour here and then moved into the opposite corner where I found some calm water near a lily bed where I could float fish the remainder of the afternoon away in relative comfort. 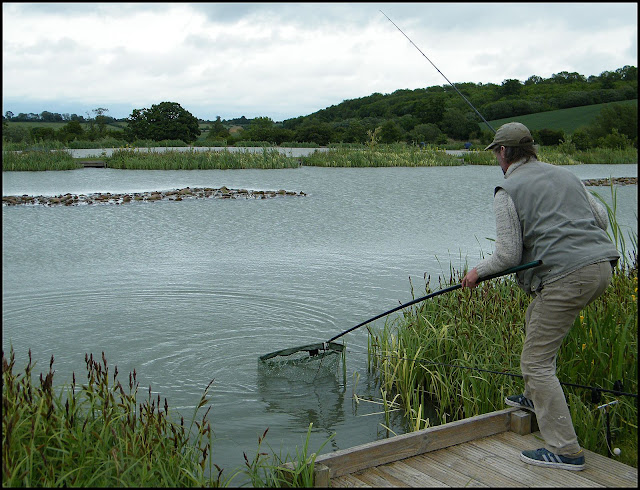 I had another tench at last knockings, one with an extraordinary red mouth colouration that made it appear to be wearing lipstick! 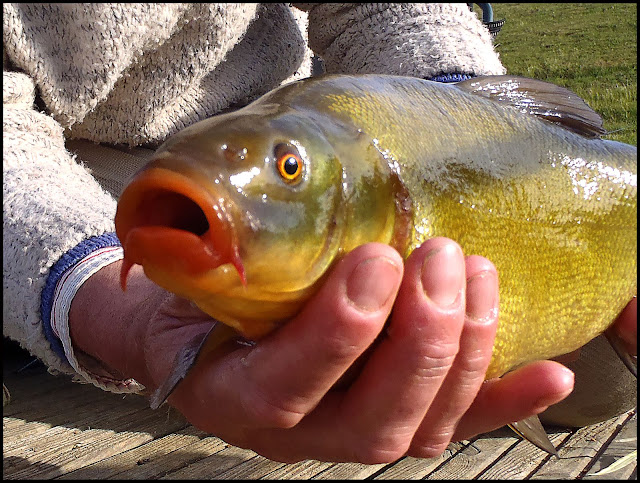 We packed up soon after with Martin having landed well over twenty fish but not one over four pounds and with an average weight of just two which across such a large sample is not especially encouraging if you are after a specimen, and they do go to specimen sizes in that lake, topping out at over nine pounds. I'd guess you'd have to be extremely lucky to ever catch such a fish though, the numbers are stacked against you.
Created by Jeff Hatt at Monday, May 30, 2011