Avon Perch — A Change of Sky

Our regular Thursday evening sessions over the last month have seen night draw closer and closer to afternoon and now arriving at the river means hitting dusk running rather than taking a leisurely stroll up the bank toward it. Martin has toughed it out for that monster barbel 'with his name on it' and I've persisted trotting bread for roach. Neither successfully.

Chub, I like. But catching little else for what's seemed like months on end with every approach employed resulting in more and more forces a rethink. A worm crawls out the grass of the towpath verge during a damp dog walk and she/he gives me an idea...

What better fish for the short autumn evenings can there be than perch? 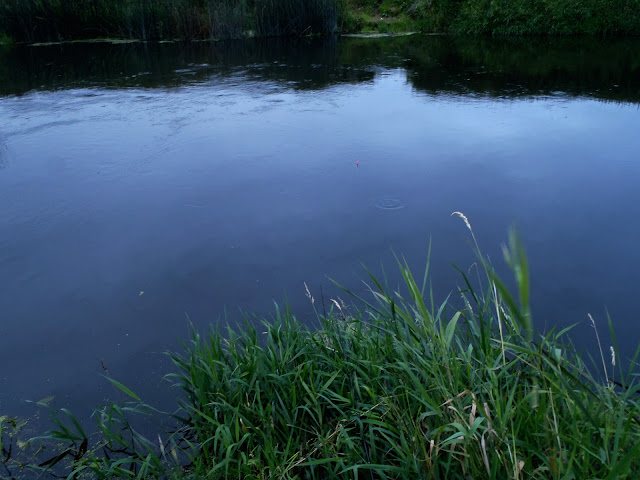 I'd clean forgotten how engrossing this form of fishing can be but I'm reminded soon enough...

Flicked into the eddy of the pool the float ambles about a while. You'll wait ten minutes sometimes, twenty or thirty often enough, an hour or more if they're lazy but they'll come by. Dip, dive, bob and slide. The wait is rewarded within minutes.

The dithering bite sets me on the edge of my seat. It's missed. That's fair enough. It won't bother perch. Sure enough the next bite up comes a specimen a tiny fraction of the size I'm after. But at least it's not a chub!

The worm threaded up line not down the throat is rehooked and sent out once again to do its business. Ten minutes later the float performs that unmistakable dance. When to strike, when to strike? It's been said you should always give them enough rope but how long is long enough rope to hang a billy? 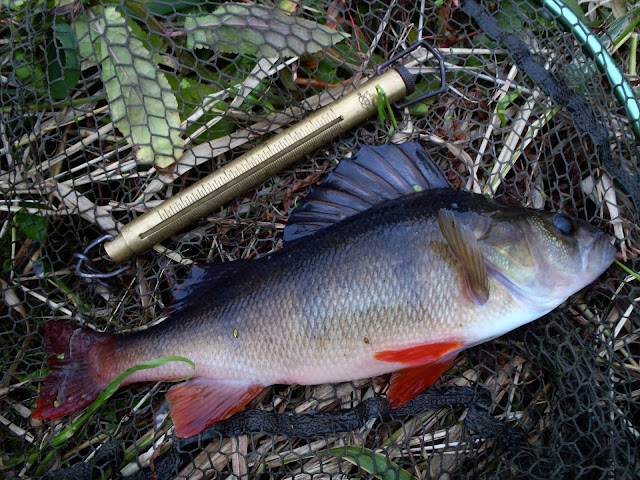 Often perch are right under our noses but they're so sensitive to depth you might never know they're there fishing too high, too low. It's eight feet deep right under the reeds, ten a few yards further out, but I feel I'm fishing too shallow in it.

The worm lowered a foot to hang the same from the riverbed creates an immediate reaction and from then on in it's never much longer than I can bear to wait hung on tenterhooks before it's nabbed. Between approaching dusk and inky darkness a series of five strapping perch around and over the pound mark are banked. 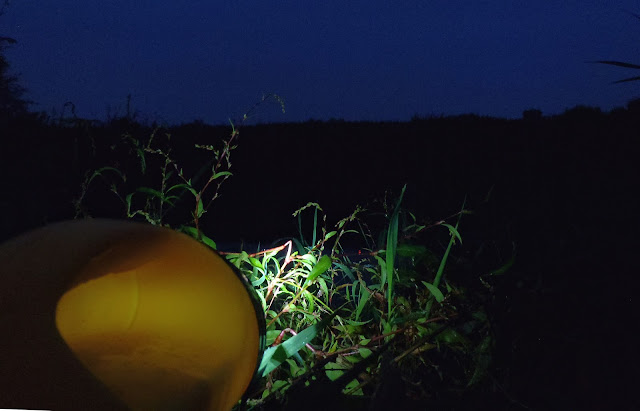 I haven't done such a thing since boyhood but after dark a stationary torch is set to shine a beam across the water to illuminate the float...

Drifting on the lazy current in and out of view, one minute bright as a beacon, the next almost invisible but never quite lost from view, modern contraptions may have made such a thing anachronistic practice but it still remains a fabulously exciting way to fish!

A better specimen is lost. Powerful enough to be a convincing chub if it wasn't for that jangling head shaking sensation transmitted up the line, I'm at least assured that next Thursday evening I might have my reward with a perch to gorge on the pounders I've had tonight.

Last bite and along comes a surprise!

Odd that none are reported for what must be a year then three come along in separate blog posts from different people in the last few days....

The first ruffe I've had in ages and the only one ever caught from a river. 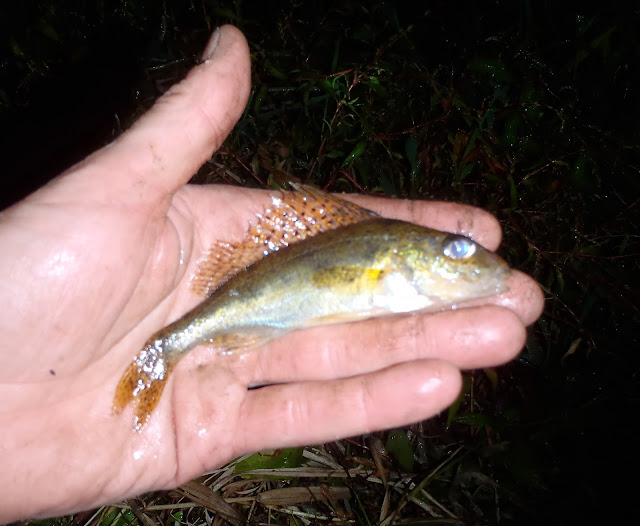