Intending to drop into the Marina swim for an hour and then go exploring neglected places I found two fellas already fishing six rods between them there and with so much hardware out almost all options covered. Nevertheless, I dropped in at a respectful distance to their right hand side just to observe what they might catch in what has to be the most easily accessible and comfortable swim I know of on the entire Coventry Canal. I only go there for the inevitable chinwag with passers by and their 100% reliable but 20% accurate local fishing reports. And that it does give up a run or two when everywhere fails...

They hadn't caught in their first hour. They were fishing live baits and they looked like imported rudd to me (tut, tut...) what with their scarlet fins. Anyhow, they didn't seem to be working. I think dead baits were out too, but neither did they. Two hours after my arrival on the scene they still hadn't had a run between them and neither had I, but then my right hand float moved decisively towards the far bank, where it stopped, as they often do. I expected it to move again when I'd strike. But it didn't, so I waited and waited and waited again, finally deciding I'd experienced what I never had before. The dropped run of zander fishing lore and legend.

How peculiar. They were playing up all fickle and fussy this morning! 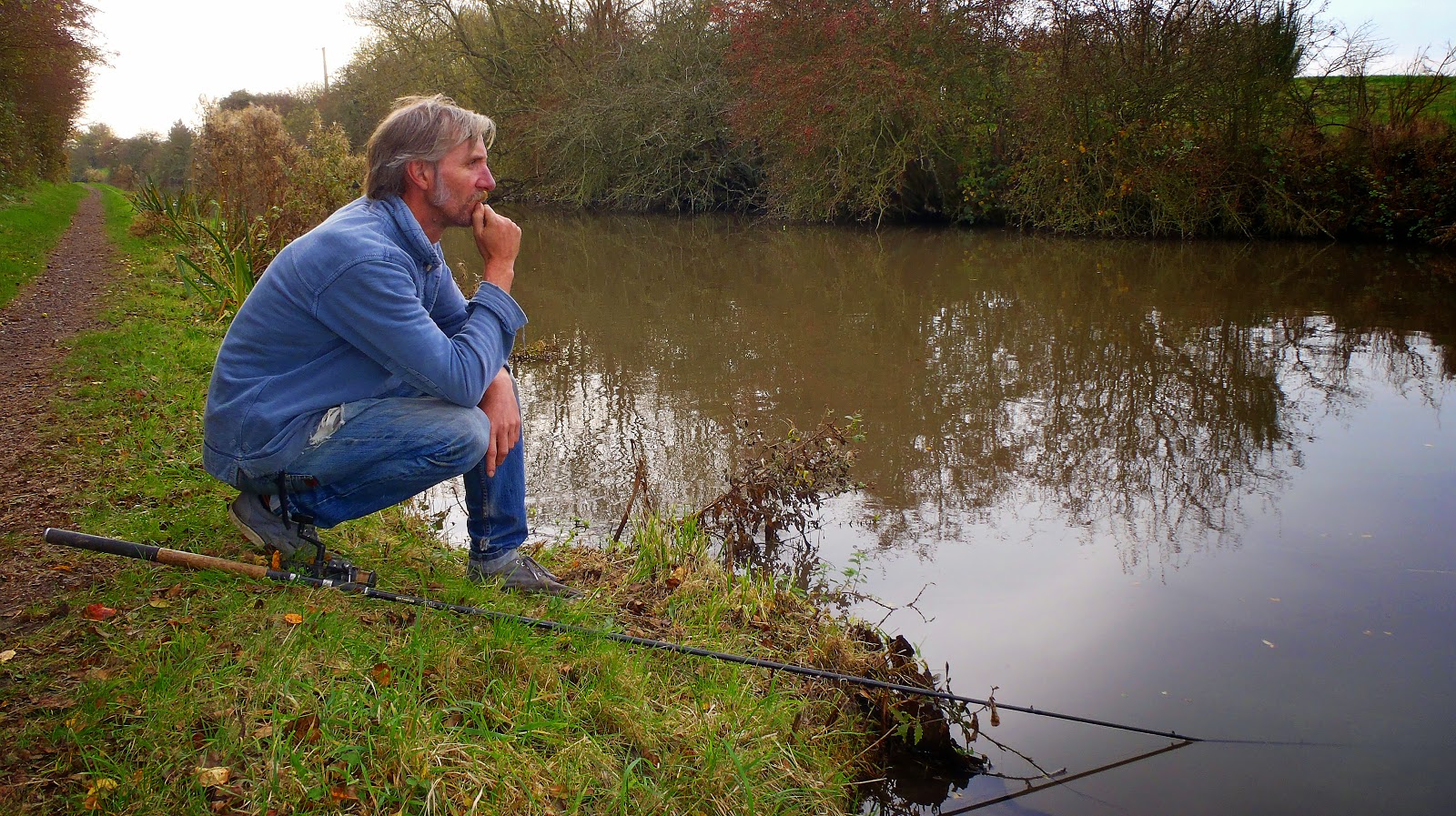 Deciding that the day really was all wrong for zeds, as it often is, that I'd probably blank by staying put and I'd nothing much to lose by an excursion out into the sticks, I upped mine and went. I chose a spot where I could leapfrog the rods up and down against a continuous run of far bank cover in the form of hawthorn bushes and partially sunken tree branches. Casting here and there and by moving about constantly I finally found a spot that held at least one fish because I had a run there. 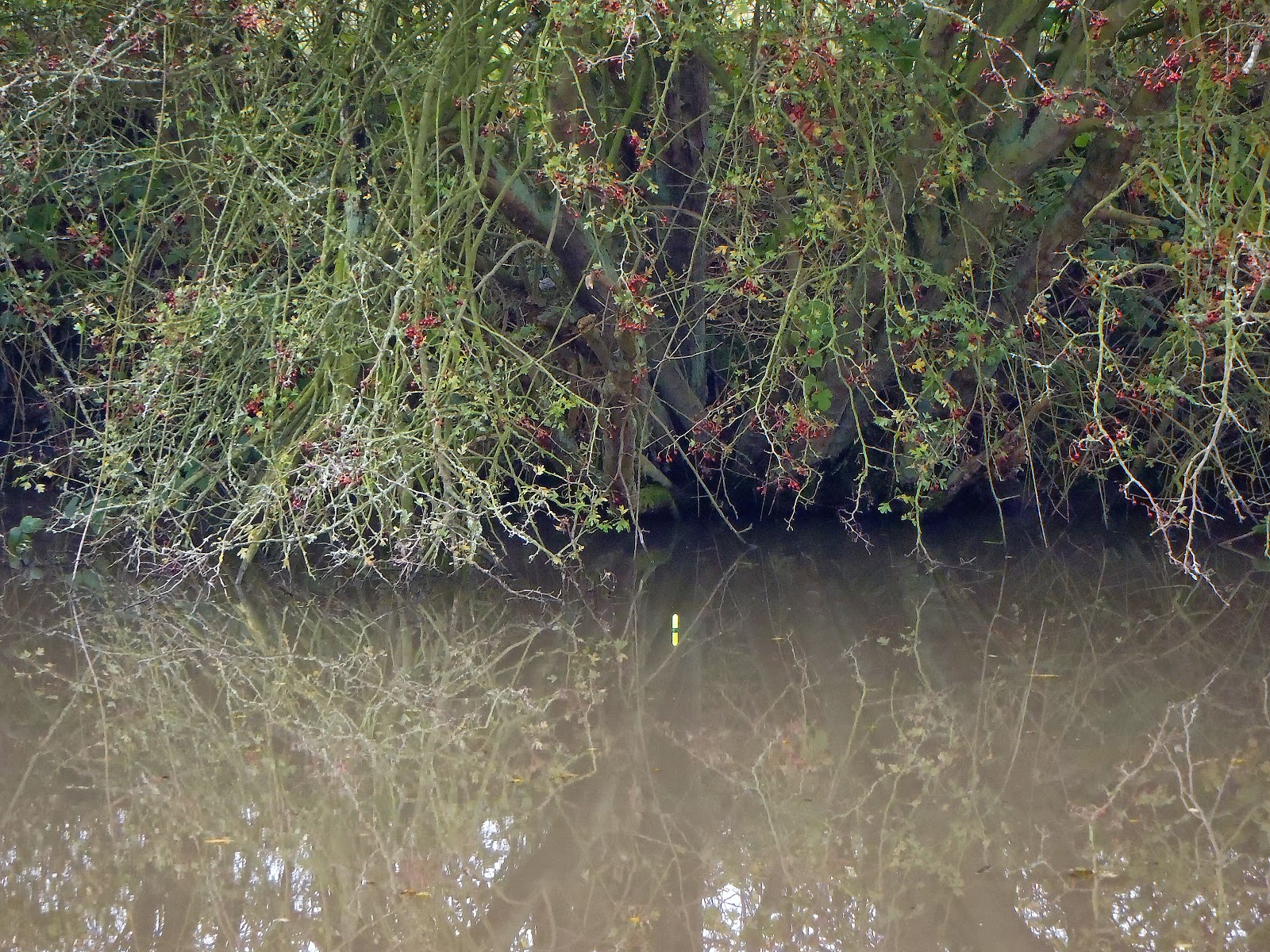 There was absolutely nothing at all unusual about it — just a bush, and an ordinary one at that.  But, over the next hour and a half I had seven runs and banked three fish around the three to four pound mark from a spot no larger than a square yard beneath it whilst the second float, no matter where I put it, stayed stock still and any cast of the first rod that did not land plumb in that square yard went ignored. 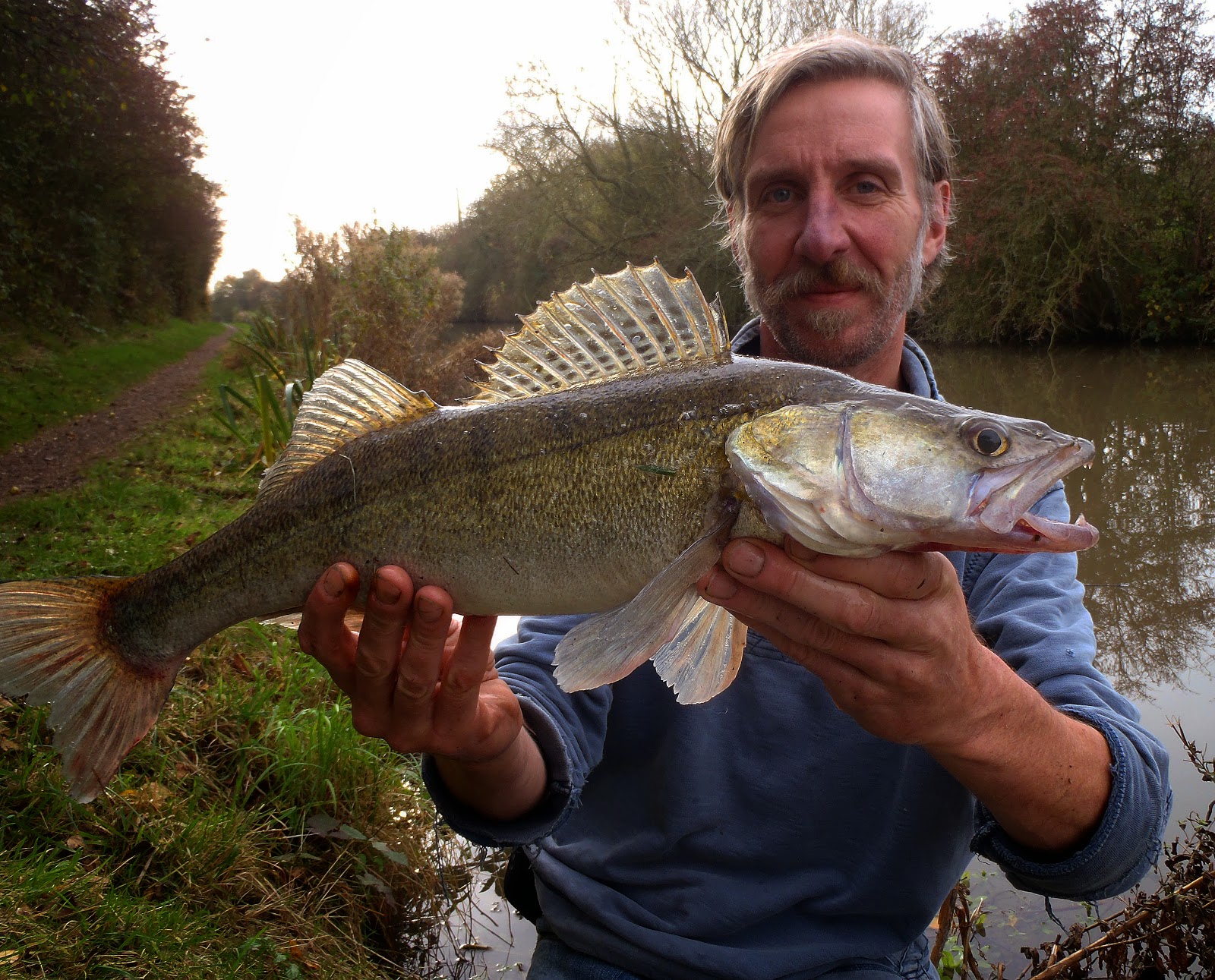 What was also odd was that none of the banked fish were hooked very securely and four runs were bumped after hooking. Dropped runs, bumped fish. That's what other anglers experience. Not me! Ah well, pride before a fall and all that. After my last post when I thought it almost certain that the Gamakatsu 'Finessse Wide Gap' might well be my future hook of choice, now I was not so sure about them and wished I had a packet of my trusty 'Ultimate Bass' to hand. 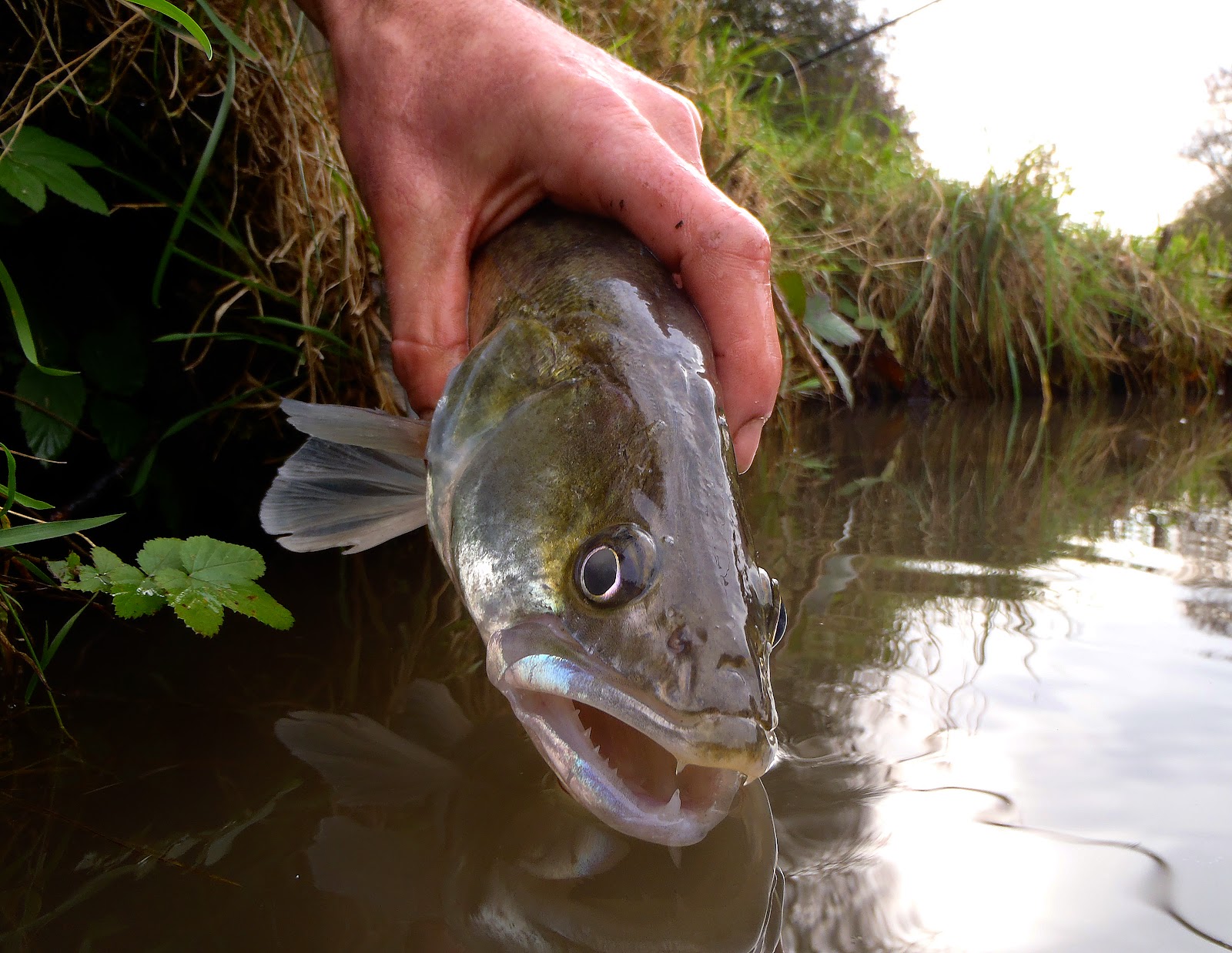 Eventually the bites dried up when I reckon I'd caught all three residents of that particular lair and so I went home quite chuffed to have found another good and probably reliable spot for the future but a little bemused by such unusual results.