Last time I'd gone out on a limb to catch this particular fish was way back in 2011 when involved in a local angling blogger challenge involving catching the record weight of each of 15 coarse species, and right here I'd secured that point on the scoreboard for them in just half an hour with a catch of six... as had all the rest of the competitors!

"But, would they be such easy meat today?"

That was the burning question as we entered the fishery gates — parked up in what I dimly remember as 'not quite the right place' — then yomped across field and ditch in search of our water.

I could see it through the trees... it was unmistakable. 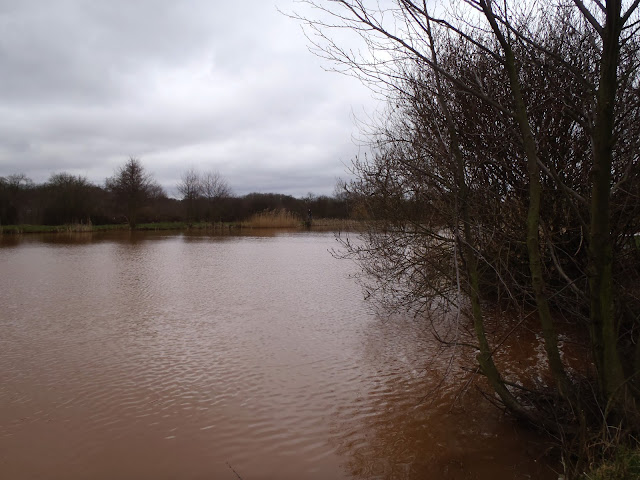 Water may not quite be the word for it either considering the word 'water' in this sense of its usage conjures up visions of a place where 'angling' takes place and this being a place where nothing of the sort ever does. It's an idiot's delight.

Seriously, you cannot fail to catch it's dominant inhabitants, and if failing to catch scares you then I'd suggest you go there, because its brick red thick consistency — every bit as much mud as H20 — that'll tell you straight away what that dominant inhabitant population is and how very many of them occupy such limited space! 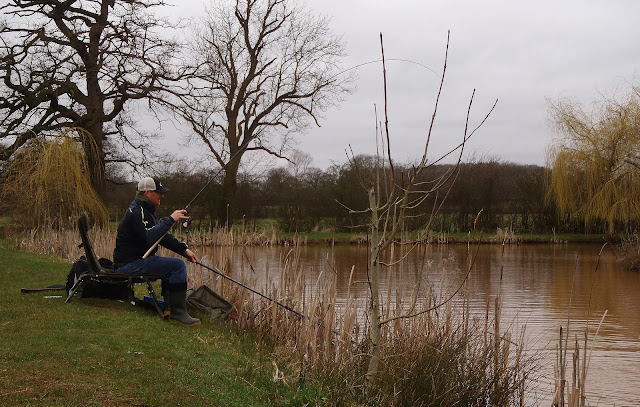 It offers no kind of angling though...

Angling requires, at the very least, an equal chance between angler skill and fish will, and is at its very best when that finely balanced equilibrium is overbalanced not the in the anglers favour for the majority of the time, but in the fishes by natural circumstance. That's what makes angling tick — the sheer unpredictability of it squared with the angler's knowledge and ability. Make it easy then it's not worth a light, however...

Some like it all their way. Evidently. Because they'll pay.

Rammed so full of carp, so rammed full in fact that I'm sure they'd eaten every last one of our once prolific target species overwinter instead of starving through lack of anything else suitable to survive on in the absence of angler's bait, what we'd come for simply weren't there anymore...

Where two years ago it was simply a matter of float fishing a maggot for bites between periodic carp intrusions, now it was matter of praying that the carp wouldn't spoil things in the meantime. But of course they did — having probably devoured what we'd come along for and now preoccupied with our loose feed — carp's all we caught throughout the morning and sadly, every single one foul-hooked.

The wind... it was hardcore. Bloody is what it was. A strong Southerly blowing the din of the M6 straight at us, warm and wet but spirit sapping nonetheless, it might have been the herald of spring but it felt like the reprise of winter. Escaping neither carp nor it, we eventually tired of both and moved up to the top lake as a last chance. 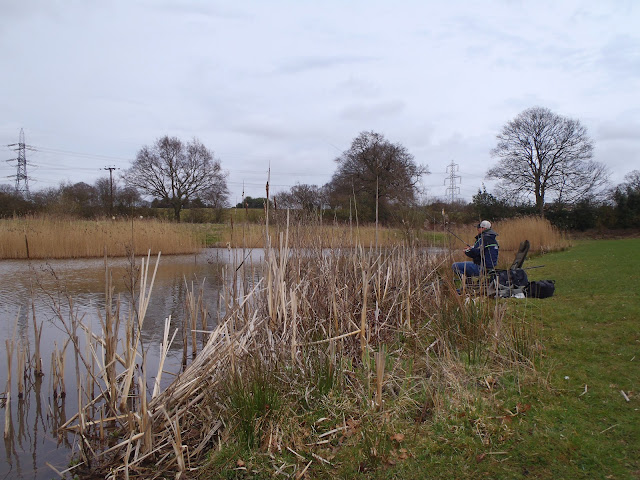 I like this lake, always have, always will. Lots of reeds are always a good thing in my book.

The fishery's most neglected corner but easily its best prospect precisely because no-one bothers with it, in neglect it thrives and happily matures with every passing year untroubled by a low head ~ for God's Sake, a realistic! ~ head of carp, and offers what I think is possibly one of Warwickshire's very rare opportunities for what is an extremely scarce fish in these parts — a specimen rudd.

I say 'possibly' because I've only seen them, but not caught them, as yet...

From the off things were much, much better. In no time we had proper bites and caught plenty of fish, and even a single specimen of our original target species, which considering the 'business like' nature of our exercise was a blessed relief...

That's when Steve got in, and got wet! 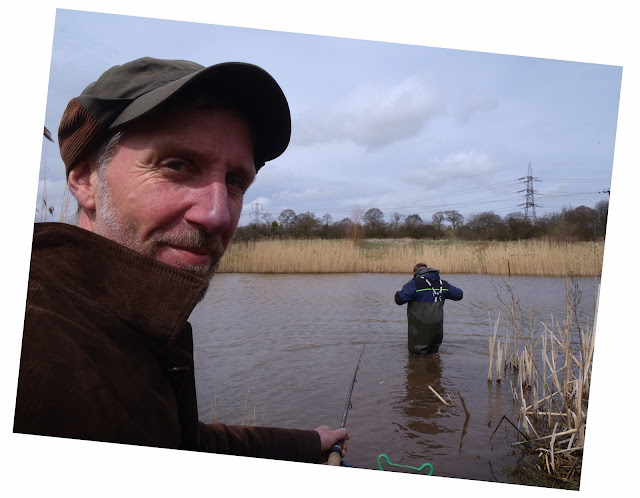 You might think the swim mucked up by this intrusive activity.... but think again... It got better! 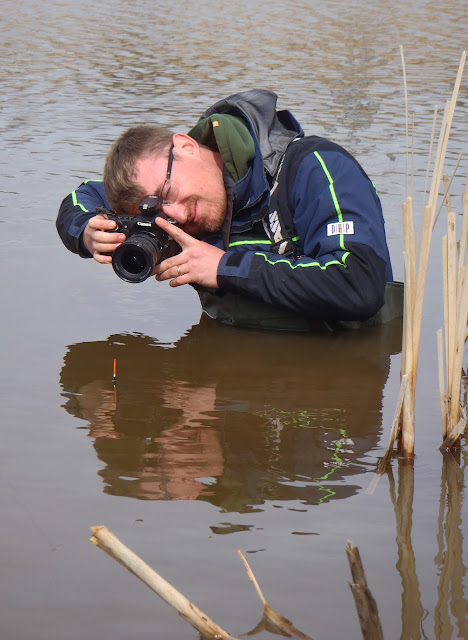 Whilst Steve mucked about with camera and flash, I fished on around him and found that shallowing up for close-ups produced rudd aplenty at distance!

They were no further down than a foot deep ... when rudd are caught that far up in the water that means Summer is finally here!

Then amongst the swift bites bringing hand-sized fish to bank, finally one went 'clonk.'

"Oooh! This is no carp" I thought to myself... It came off though!

Steve having finished operations came over and watched the water...

'Bloody Hell, Jeff! ... did you see that flashing rudd mopping up your loose feed...?"

Email ThisBlogThis!Share to TwitterShare to FacebookShare to Pinterest
Labels: Rudd