I'm doing what I always do when confronted with a new stretch and that's flicking bread about here and there to ascertain potential. There's no bait quite as good for this, though few bother. If its full of roach you'll get tippity taps, crammed with dace then 4 inch bangs, chub alley then huge bouncing twangs and the lot mixed with added gudgeon then a bewildering array of all and every kind of bitey thang.

Of course I really want roach. There's none here, So I move one swim down and flick into the middle of what has to be a proper roach swim — boring looking. Which is just what they like in my experience. A smooth sheet of water with even flow bank to bank and of middling depth. Roach are so suburban in their housing choices, aren't they? 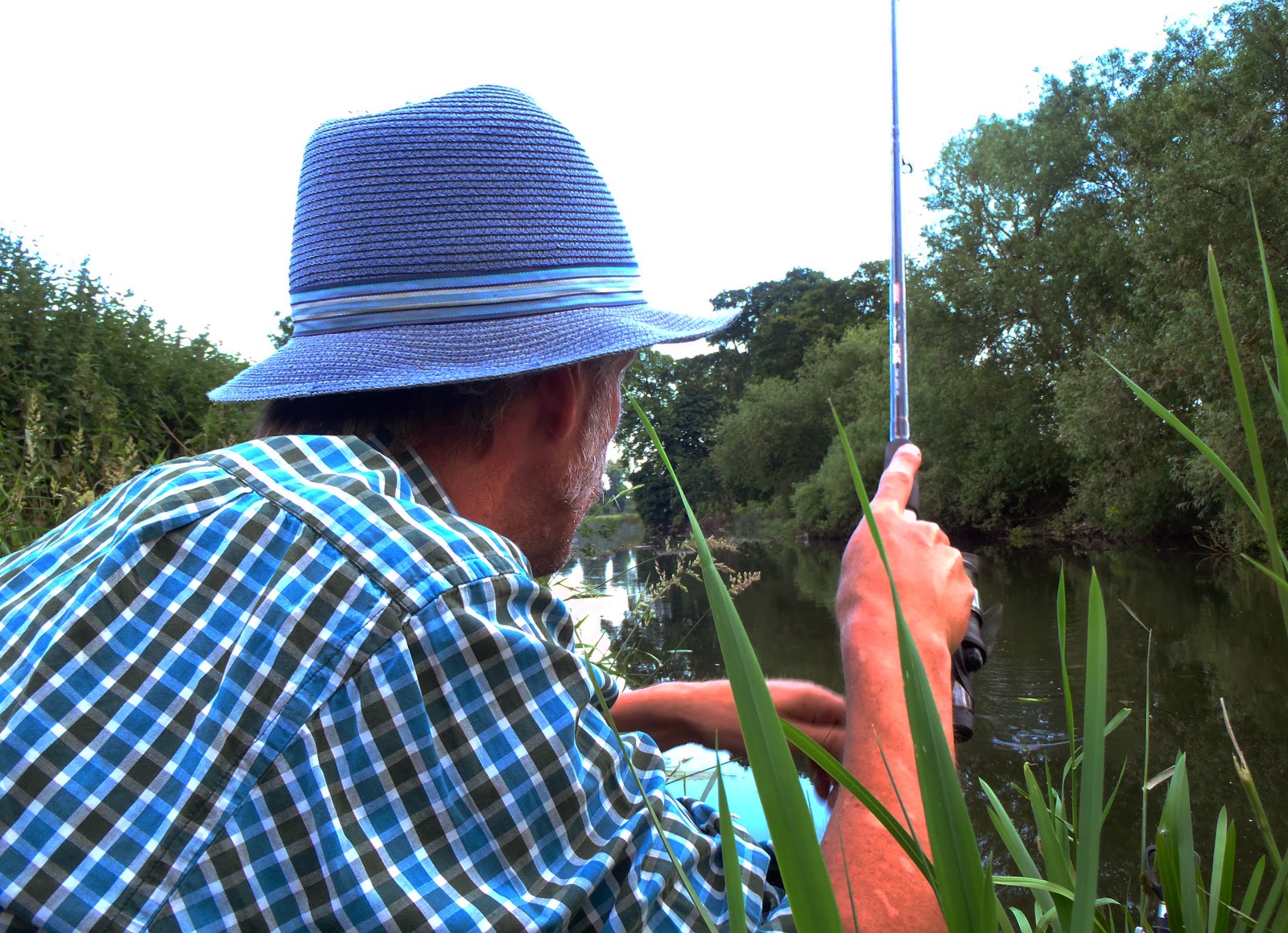 Once I've taken all the chub out of it I finally catch a number of lovely redfins but they're hard won with very few bites between fish. Not big, not small, but proof I've found another glide with potential come wintertime. That established I decide to fish all out for chub. and in chubby looking places where roach won't be.

Mid evening the music carried on the soft summer breeze changes. No longer the chipper anthems of the hopeful optimist but the doleful dirges of the defeated pessimist. I guess Costa Rica has just wiped its arse flushing both an Italian turd and England's bog paper thin World Cup presence down the toilet pan... 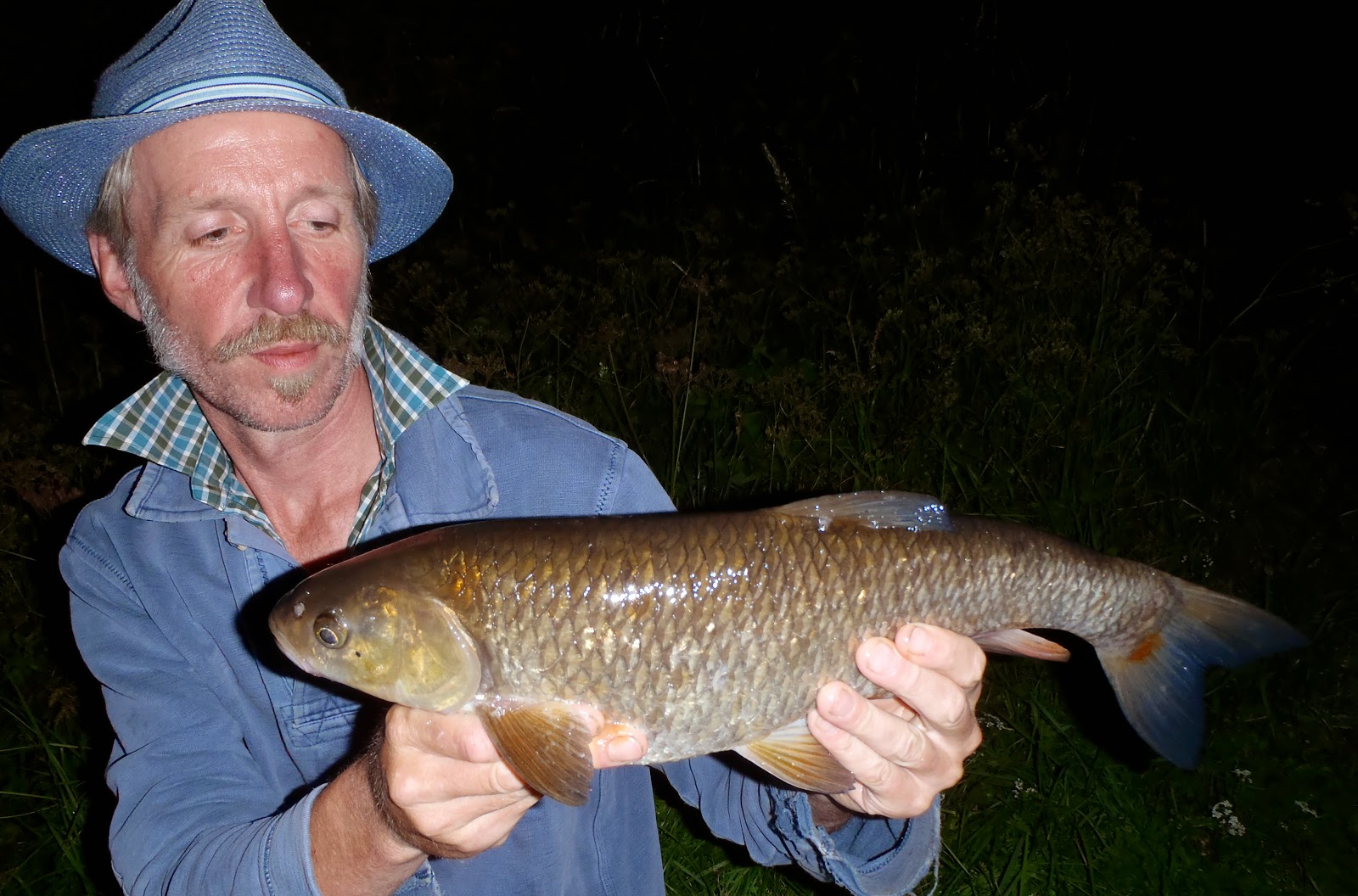 The party over there is over, but not over here where the chub are having a ball! I just can't fail catching them.  One after the other they fall. Martin fishing for barbel experiences similar. Chub, chub and yet more chub. In near pitch black we pack down but the party would have carried on and on all night long if only we'd stayed on. 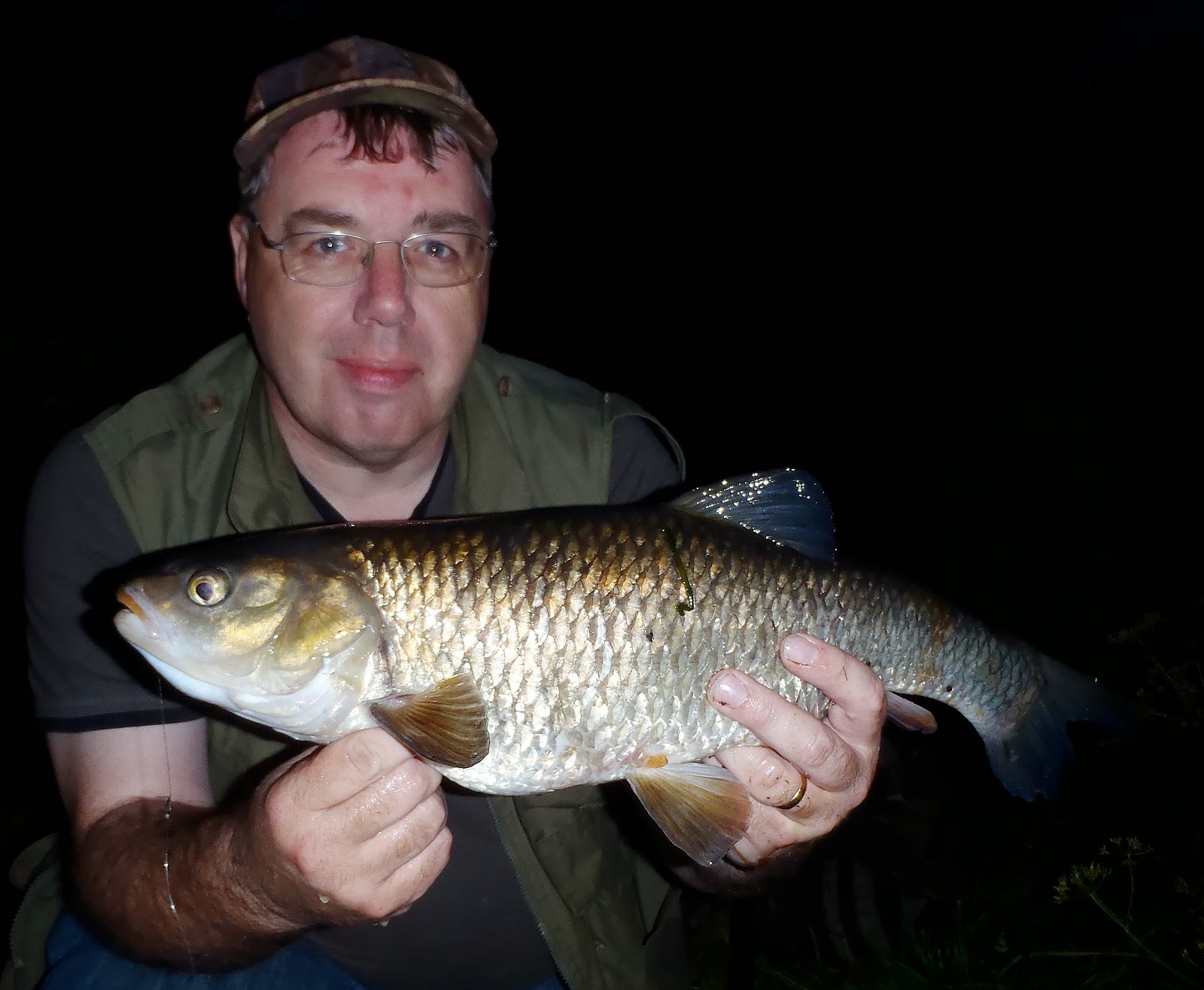 Next session you'd have thought things might be the same, wouldn't you? Well, midday torrential rain here and there in the river catchment had put half a foot on it and added a nice tinge of colour so it looked better than before. It looked so bloody perfect in fact you'd have sworn it would also fish better than before, but that wasn't to be the case...

I find bites plentiful from the outset but just can't hook them and when I hit what I think is a dace bite but find myself attached to a big chub instead, it throws the hook. It's impossible fishing. Hundreds of twitches and twangs struck at — four good chub hooked — but every single one lost to slight hook holds.

Unlike Mr Suaraz, in today's game they just aren't chomping down hard enough to fall foul.

And it carries on that way till the big black cloud arrives ditching a million tons of cold water onto slate and tarmac turning the water from healthy green to deathly grey within the hour when bites peter out for good. Fish do know what's coming well in advance, I'm sure...

The lightning is great fun though. The deepest bass note of one clap of thunder actually moves the water, I swear! There's even a baby tornado.

Narrowly avoided a drenching (neither of us has brought a brolly us being optimists!) thankfully the storm skims past just a half mile distant. You'd have sworn it would hit our swims head on the way the cloud behaved but with such storms that produce tornadoes, as an insignificant speck on the ground looking heavenward, you see the rotation of the system not the general drift of the whole massive thing.

The fishing never recovers (it never was very well) but around dusk with thick mist rising all around, bored with the lack of action and wandering about dejectedly, we discover something brand new and rather exciting that we hadn't bargained for.

But that's another story, for another time...