I thought that I'd be chasing the canal roach at this time of the year but I just can't seem to muster the energy to mount a campaign with the idea of a big zander uppermost in my mind. I want to catch a double figure zander from the canal. I know they're present, albeit in very small numbers compared to the seemingly endless supply of schoolies between one and two pounds weight, but don't exactly know of their whereabouts, though I'm starting to have some ideas about how to shorten the odds.


It's abundantly clear that there's no great skill required, this fishing is no artform. Apart from refining rigs, mounting the right bait properly and the many other small matters that must be sorted, it's just a small matter of time with specimen zander - throw enough baits their way over an extended period of many, many months and you will end up rewarded with the capture of a big fish inevitably, because the laws of averages says that you must. 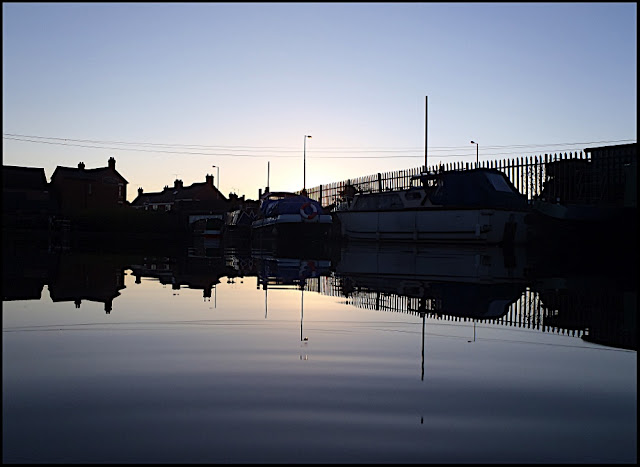 Yesterday afternoon was deceptively warm, the air still and clear and the sky sheer blue under a ridge of high pressure. A frost was on the cards - not exactly conditions I'd associate with successful zander fishing, indeed just last Wednesday I'd met with Lee for a three hour evening session under similar conditions and that night we had just the one possible run between us in a total of twelve rod hours, and I think that was just something caught on the line pulling my float out of station.

I started out near home spending an unsuccessful hour lazily eyeing my idle floats riding at anchor in mirror smooth water off the stern and bow of my favourite (and nameless) boat. Whilst sitting there swigging a beer I had the sudden urge to walk out to Hawkesbury Junction to try the open water there and to put one of my theories to the test, namely that the largest zander prefer the wide open spaces found at junctions and marinas to the narrowly confined spaces commonly found along the majority of the canal system. 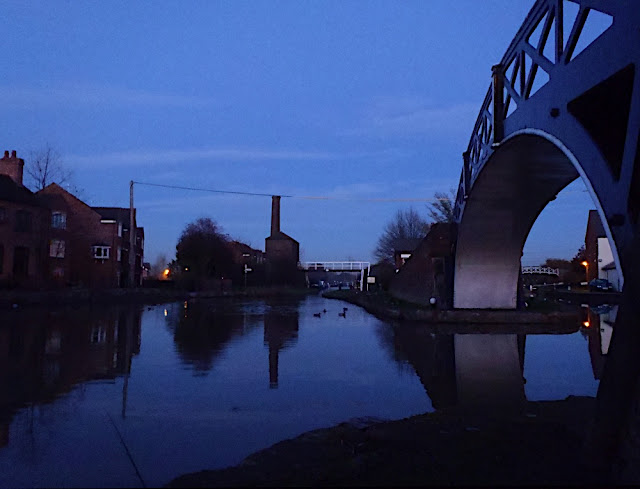 After half an hour I was proved at least half wrong in my estimation of my chances of big zander when I had a run off the far bank and struck into one of these anticipated big zeds but instead pulled in a tiddler of a pound... 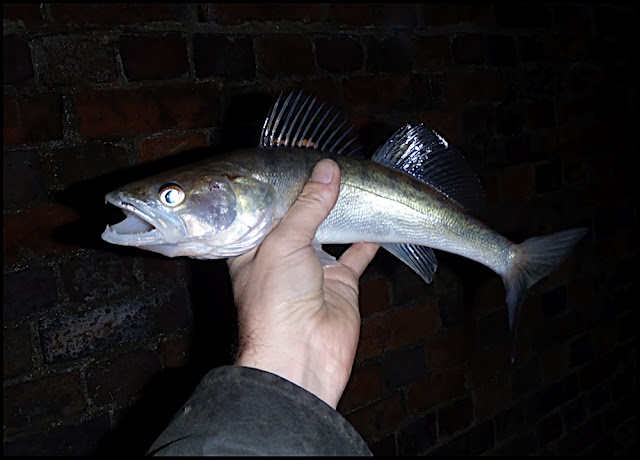 The open water rod fishing a roach head in the deeper water of the boat channel, which is very wide at Hawkesbury Junction, remained motionless as night fell. I occupied myself by farting about with the new camera testing out its low light capacities, with high ISO settings and no flash. The result were grainy but quite impressive and I'll be trying out some trophy shots with the same settings at some point. 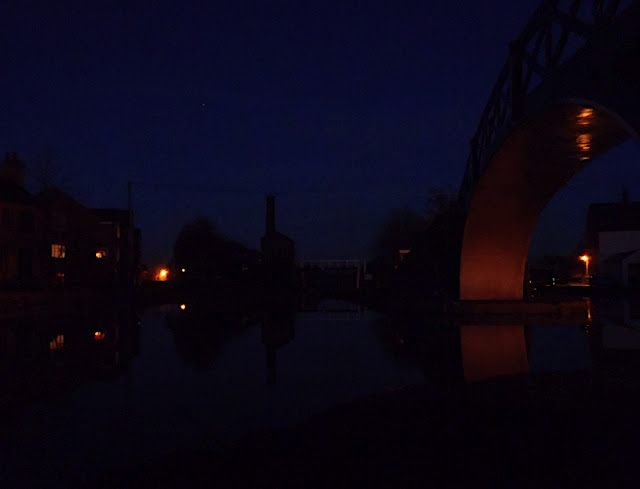 After dark the frost rapidly began to form upon the grass and the rods too, coating them in white dust. I moved along and cast the baits into what is a locally favoured swim but one that I have never seen fished at night. After just ten minutes I had a run to the left hand rod that failed to hook up. Then after another half an hour the right hand rod was off too, the strike meeting what felt a good fish but one that was lost to a tackle disaster, the hook end crimp of the wire trace simply failing to grip.

I hate tackle failure as it can only be the anglers fault - no excuses...

I recrimped that trace to a new hook and put the bait back where it had been. Just ten minutes after it had settled another run hooked up to a really heavy fish, one that I prayed would be a zander as it was clearly pushing double figures, and as pike are, as we have established round these parts, very rare captures by comparison with zander, I really thought it might be.

I got the fish in the net without too much trouble but I still did not know if it were pike or zed...

Unfortunately (or not as the case may be) it was our reclusive friend Esox lucius and not the desired big shiny eyed one. Ah well, on the scales with her. 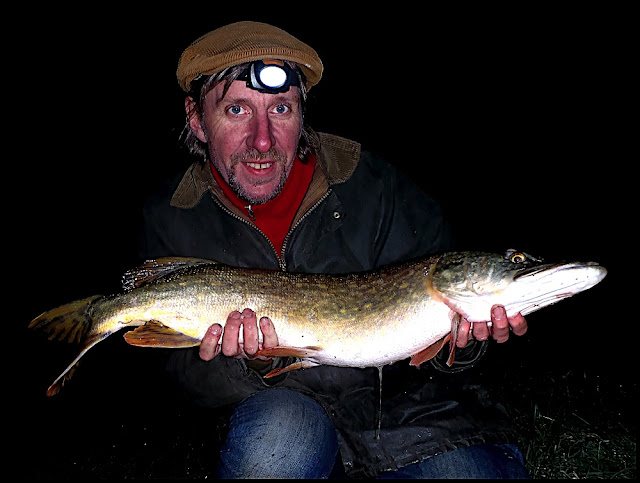 Dead on ten pounds, and not an ounce either way...! How spooky is that? You go out for a ten pounder and catch precisely that, just the wrong fish.

Ah well, at least it's a personal best canal pike for me smashing the previous best by seven pounds, and that's cause for celebration as I'd all but given up on ever getting much beyond than the little two pound jack I had last week.
Created by Jeff Hatt at Tuesday, November 16, 2010