This surprise early winter weather has brought my zander campaign to a premature halt as the prime hotspots are now covered in two inch thick ice and according to the weatherman, likely to remain that way or worsen, for the next fortnight or so. Before it got really cold I did manage to fish through the only watery gap I'd found in the ice for a mile or more in any direction, for roach, with lobworms, for about an hour or so before the surface began to freeze over once again and forced me off. 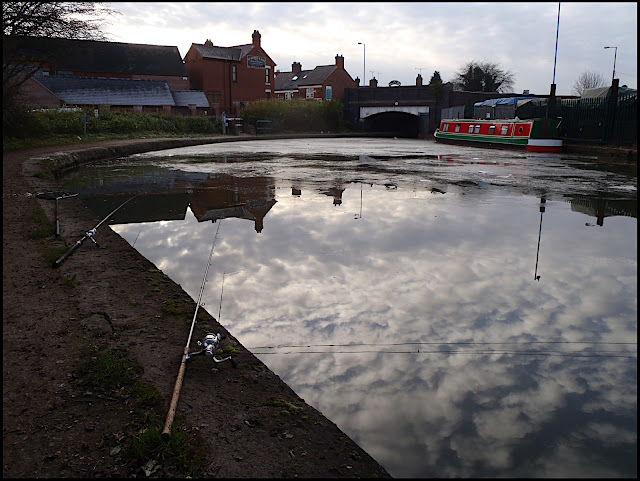 I failed to catch but I did get a timid bite that failed to come along any further. I think it may well have been the last bite I, or anyone else for that matter, is likely to come across up the cut, for some time to go.

And now, here in the Midlands, the canal is frozen quite solid throughout only excepting those ruffled places that noisy gaggles of ducks have kept clear through their constant movements, and, we've had a light fall of snow and the ice has thickened over the past few days to the point where it's now safe enough for a lightweight quadruped to walk upon, a fox or a spaniel like Molly, for instance, but not yet strong enough to support a moderately massive biped, even one as skinny as my good self. 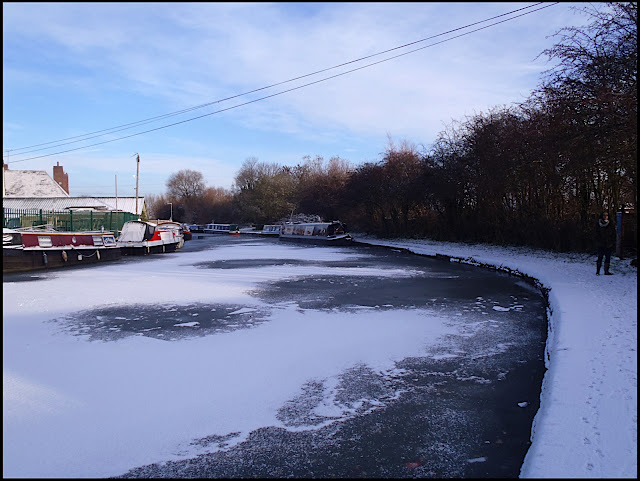 I'm viewing Grassy bend (below) with a keen weather eye, as during a brief thaw nearly two years hence, on February 6th 2009, I caught my personal best roach, a fish just one half ounce short of the 'magic two', an experience I shall never forget so long as I live. 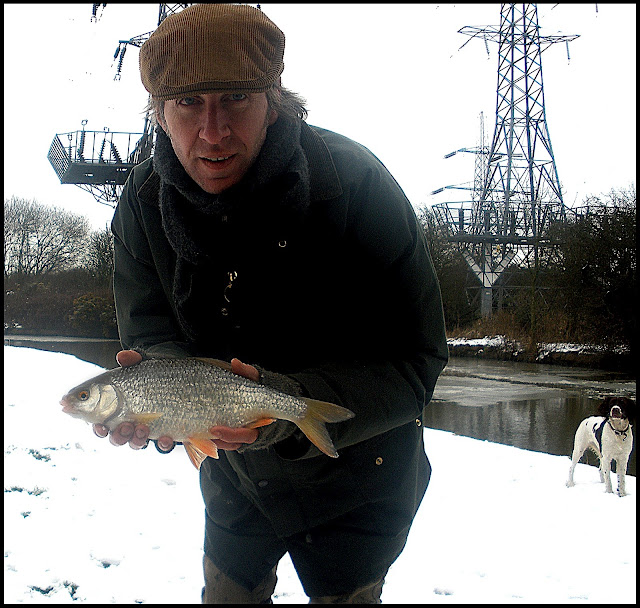 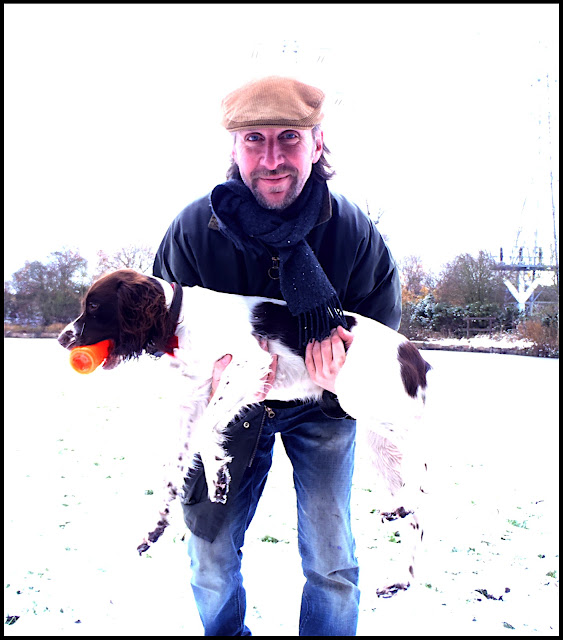 What are we to do? The rivers are probably fishable in places, though Lee reports them as frozen over too. With temperatures of Minus 6 to a ridiculous minus 19 reported overnight in places, fishing in the traditional sense of the word is is all but out of the question.

I have a saw. Anyone up for a spot of ice fishing?
Created by Jeff Hatt at Monday, November 29, 2010