Curious fish that they are, turning up in braces on consecutive casts just as often as singles out of the blue -- but for the life of me I cannot ever seem to manage a trio -- silver bream are the most infuriating fish swimming in my local canals.

This morning around 10 O'clock, I set off for the late morning feeding spell, which occurs between half past ten and half past noon in summertime, and especially in hot clear weather with bright sun, and for no earthly reason I can fathom. I was after roach, having recently had two different fish at one-pound, seven-ounces apiece from the spot where I was heading.

Set up, I mounted a medium-sized thumbnail sized-bread disk on a size twelve, cast out to the far bank and the float sat there a short while, bobbed and zipped under. I missed the bite because I was just preparing mashed bread at the time, but thought it a good sign. So, I cast again, without adding feed to the equation just yet, and sure enough, it shot under again and in came a three-quarter pound silver bream. Next cast, the bait drops, the float dips and rides off, and another silver comes to the net and a little larger than the first, at 14oz.

Of course I now think I'm certain to get that seemingly impossible to attain 'thrace.' But, though the next fish, which like the first two arrives within a minute of the bait settling, is silvery, it's just not silvery enough I'm afraid, and is just a one-pound skimmer bream. Ah well, here we go! In goes the bread mash, and lots of it. If the bream have moved in, then to get the silvers back I'm going to have to either feed the bream off, which is impossible really, keep them at it till I've caught them all, which is only slightly more realistic, or move along.

In the next hour and three quarters, bronze bream is all I get. Every single one succeeding the first is well over a pound though, so I'm not complaining, and the best is just under three pounds so I have my fun in the sun with them. I don't put the bream in the keep-net with the silvers, just weigh a few marker fish, release them after a quick appraisal, and tally up the approximate weight as I go. 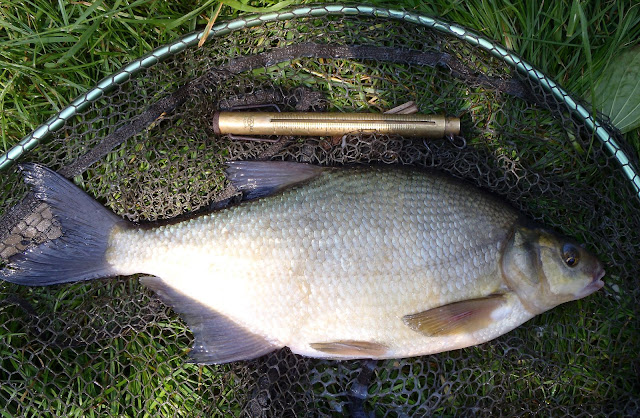 I end up with 16 pounds of bream for 9 fish, and that's a match winning beginning (if not ending!) not including the brace of early silvers, however, at the two-hour mark, bites dry up and don't really return, so I'm gone home by the three-hour whistle, by which time I've caught near 18 pounds of canal fish including the silvers, which let me tell you, is an impressive weight anytime on this canal, let alone in blazing sunlight. 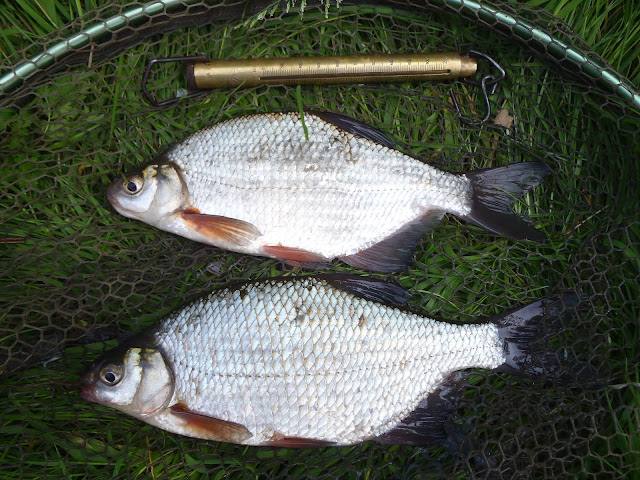 Only two small silvers though! Again! That's three braces this year from the canal, and out of only 7 fish in total. Well at least I've re-found the blighters! They can be caught outside the springtime. That's now established. I just have to be where they are when they decide to feed, and grace me with their appearance. Bloody minded fish, that's what they are!