I'm now a nifty-fifty.... To celebrate I invited a load of the bloggers taking part in this years challenge over to the local canals to take part in a roving zander match. The turn out was magnificent with at least ten turning out for the bash and with Phil Smith, Merv Wilkinson and his grandson coming along for a chat too.

The venue was the Coventry & Oxford Canals around Hawkesbury Junction and at three thirty we all headed off in different directions to try for the spiky ones. Just as soon as baits were cast, bites came, and a number of fish were landed too, but then the darkness fell and after that the bites just dwindled away to nothing. I never had a touch.

In the last hour almost everybody had drifted back to the vicinity of the Greyhound pub to fish socially, Keith and Joe to fish pint in hand! I ended up sharing Exhall Marina entrance, always the banker swim around these parts, with three other anglers, our floats all drifting around in a vast raft of accumulated wind blown muck. It was a shame the fish weren't biting as the zander sport can be really furious when they are, but with twenty rods fishing and in the end only five fish to show for it, that tells you that they were certainly off the feed.

I didn't care, I had a great time. And things just got better and better when I pulled out one of my presents stowed in the tackle bag for just such an occasion as an impending blank, a bottle of home-made pernod by the name of 'Star Shine!' courtesy of  Danny's better half, Jaqui... 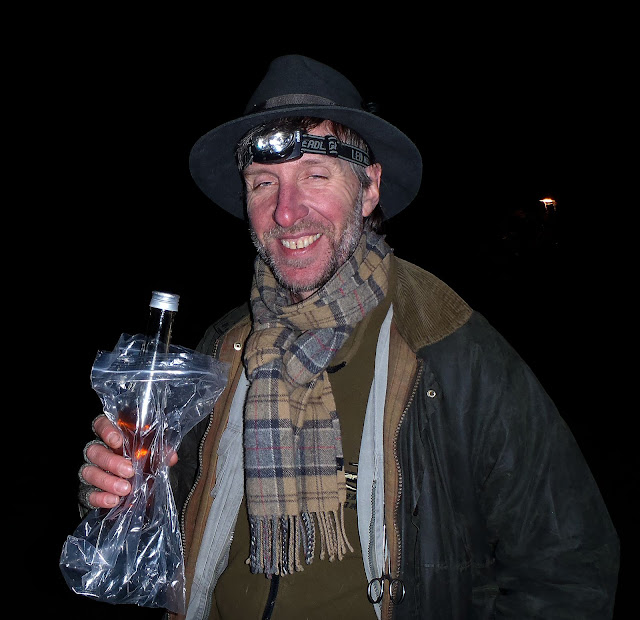 I took a couple of big hearty birthday style gulps and very nearly fell off my perch! Ta Jaqui. Star shine indeed! Of course when time was called we all headed off to the pub for a pint. I had four, on top of the pernod, so I was happy. 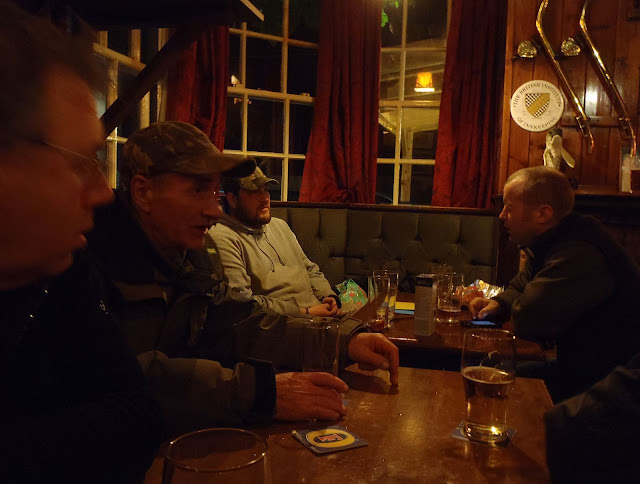 Andy won the competition just pipping Danny by a couple of ounces so he got the prize, an ABU Black Max baitcaster. Lee came third with a single fish early on, Joe had two bites, Martin a dropped run, Keith, Steve, Gaza and me had nothing at all. Roger and Barry went off up Tusses Tackle way but reported little action either. All in all it was a wash out on the fishing front but who cares when the pub chat is so rich and in the end, like all pub conversations, well into the toilet! With added revelations too...

Then I opened Danny's present, which has to be one of the best Birthday gifts I have ever had apart from home made pernod of course... Pound Shop hair dye in Coventry Canal Brown! And that's not me in the picture either, but a doppleganger ! 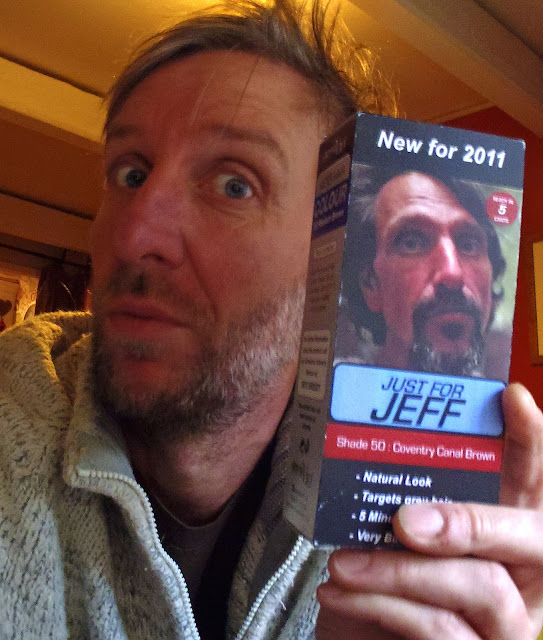 By the time I got home I was thick behind the eyes with the effects of the pernod and beer and stunk of aniseed, but thought a couple more snifters a good thing as it was my birthday n'all. 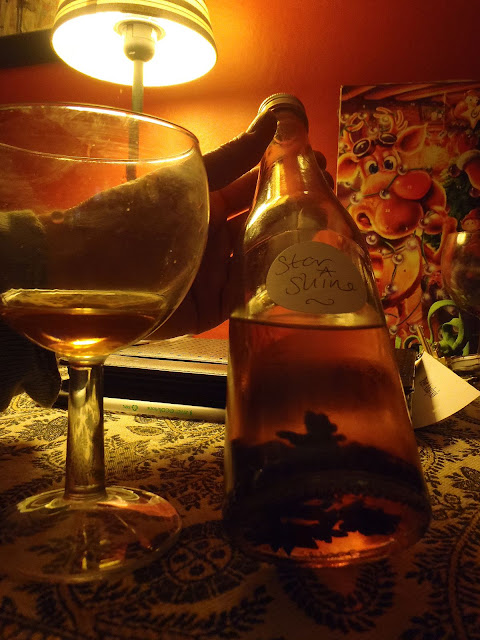 And many thanks to everyone who came along as it really made my day that you did. Cheers !