The sixth four hour session after the canal carp and it would be the last whether I caught or not. I should have tried in summer when the fish would have been very active, as now winter approaches, warm weather or not the fish are in transition, assuming their winter habits and lying up in their cold weather habitats. 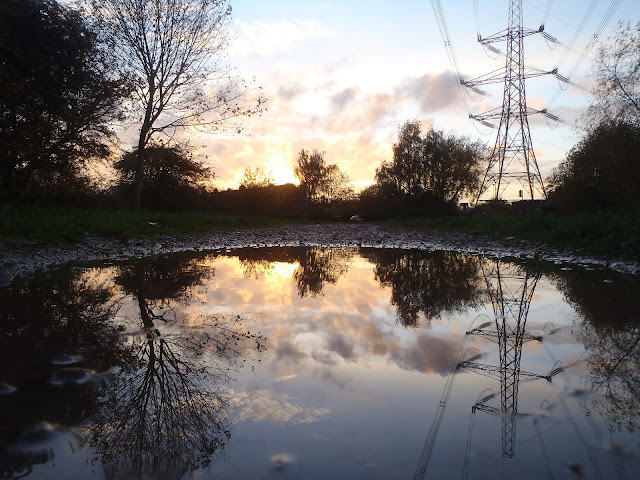 With the light gone by what seems like a preposterously early hour now that the clock switching at the end of British Summertime has thrown us into winter against all natural logic, evening begins at around three O'clock in the afternoon and afternoon begins at ten in the morning. By mid-december the daylight hours will be the least of the twenty four of the whole day, and the night time hours will be the most of it. Darkness rules...

I arrived early evening (two thirty) and dug out the stinky boilies for one rod and the corn for the other. Unlike Joe, who gave me the offending articles, I don't think the boilies are workable much longer and far from being the magic ingredient, their mouldiness is a sure sign of terminal decay, nevertheless they were worth one last shot but then Molly snaffled most of the boilies whilst my back was turned (she survived them!) so their end was nigh anyhow. 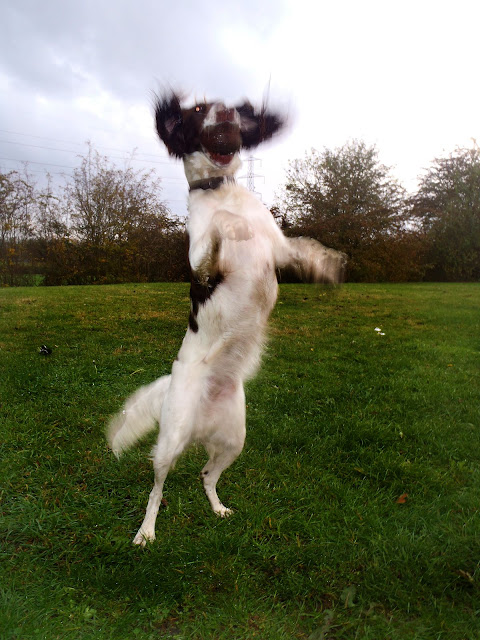 As usual nothing happened till the light failed and then the liners started up as they always have. I know by now that these indications must be from mostly bream as there is a known shoal that live in the marina the year round but why one has not been caught is anyones guess. The bait will catch them, especially corn, and there's enough going in to have them feed but so far, nothing.

The fireworks launching started up as night fell and Molly, who is quite afraid of them, went into her bolt hole under my seat and stayed there listening out for the next whizz or bang but as they were very far away on the outskirts of the City she wasn't about to bolt for home.

The last half hour came but by then I was willing a bite, not waiting for one, "one fish" I said myself " and then that's it"

As so often happens when fishing, willing something to happen often does makes something happen, but not always the thing you wish for. The left hand corn rod's bobbin twitched and then flew upwards like a soaring rocket in a flash of led blue and a shrill of high-toned beeps. A fish was on, at last, but it wasn't the big carp I had hoped for, but something not quite so muscular and rapid. I thought for a second it might be an eel but it was one of those suspected bream that had picked up the corn and tripped up against the lead. Molly had forgotten about the fireworks and was involved in the action we had both waited so long for and at the waters edge waiting to see what I'd hooked. 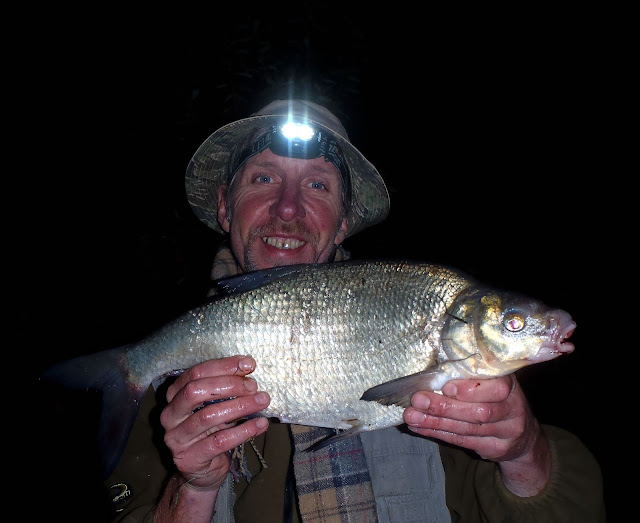 Now you'd think I'd be disappointed having waited twenty three and a half hours for a snotty bream but I was delighted because it was dead on four pounds and though I've caught many hundreds of canal bream in my time, this was actually a personal best for the cut (and by almost a pound!) as they really don't seem to get much bigger than this locally even though reports of (always unweighed fish) would have them going seven...

And that was that. I fished out the last twenty minutes and then packed up and walked home. And home from the last canal carp fishing session I'l make till next spring when I will return for sure, and catch one at last.

What now occupies my mind is roach fishing, with the unsuccessful carping being a good grounding for the long waits you have to endure on the canal for the big ones when the weather turns cold (but not quite as long as for carp) and on the rivers too, who are, after the driest summer for many years reduced them to mere trickles and the ponds to dangerously empty shells, flowing strong once again. 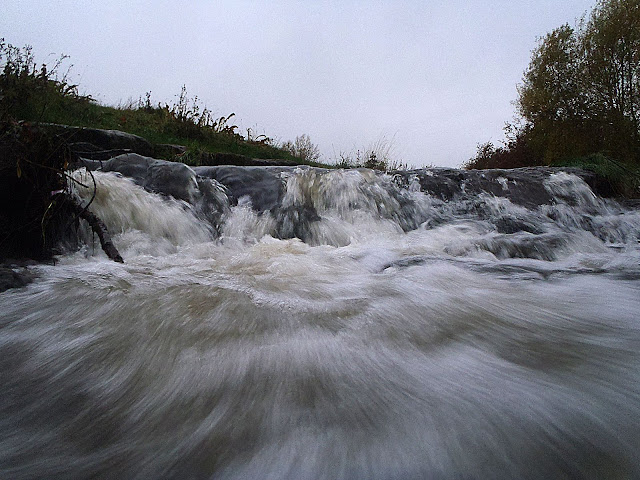 The river Sowe running through the local park is looking good, but despite all the torrential rain of the last few days is flowing clear and not nearly as high as I would have thought, which means that the arable land to the north has simply soaked up the water and is not yet releasing the brick-red sandstone stain of seepage into it, so what is going through now is only the water that fell on roads and houses. A big full blown and heavily coloured flood is going to take an awful lot more rain more than we've had so far.

Nevertheless the river fishing will be a great improvement on what is has been, so get out those barbel rods and hit the rivers whilst the rain is still warm and not falling as snow as it was by end of November last !