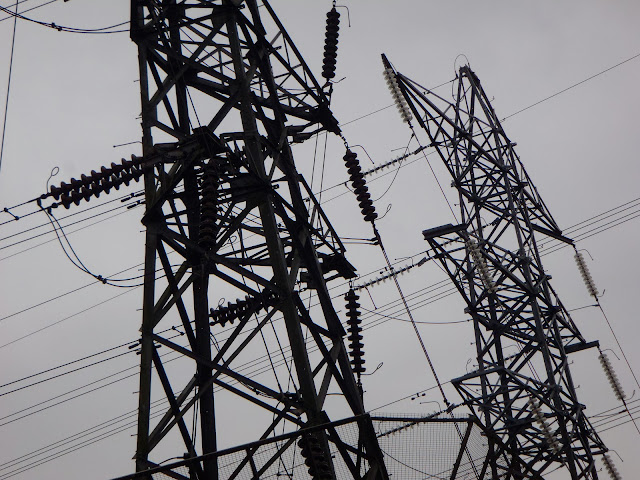 A couple of spare hours Saturday evening just had to be used up fishing. The mild overcast weather demanded it. It won't last... Surely it can't last? But while it does it is an unusual opportunity that must be taken advantage of.

Grassy Bend once more. And further trials of the helicopter rig with lobworm bait.

I'd set up in the same swim as last time but was struck by the attractiveness of a boat some way along. Don't know why she was calling me but she was. Should this swim not be good then I would surely follow my nose and fish there instead. 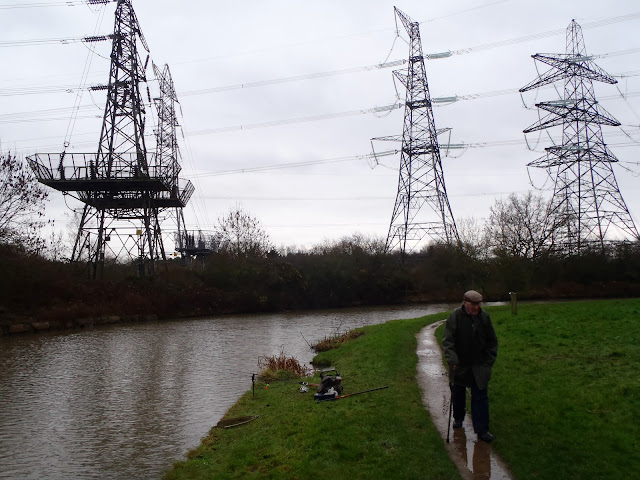 It was hopeless where I'd sat down. In start contrast to the previous session the bobbins did not drop and all I got for my initial hopefulness was a little tremble of the left hand rod top.

So off I went to 'Slow-n-Easy' to see precisely why she called... 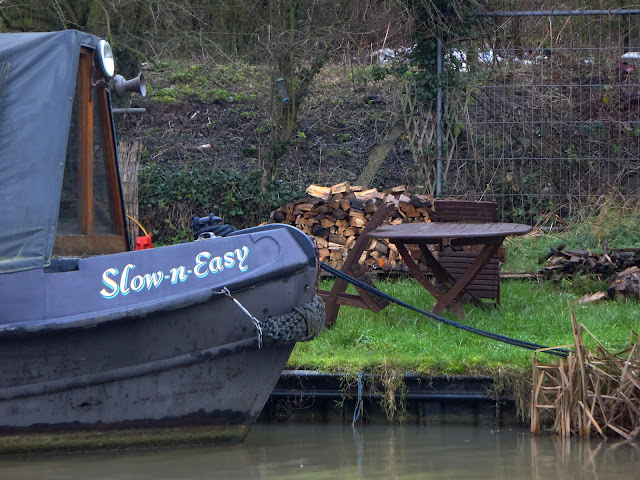 This time around I cast the worms to positions a few feet off the middle and stern end of the hull and over the top went handfuls of hemp, five or six broken worms, but far fewer maggots than before because most by now had turned to floating caster. I chucked in what I had. They were no use after.

And there I sat to wait things out. 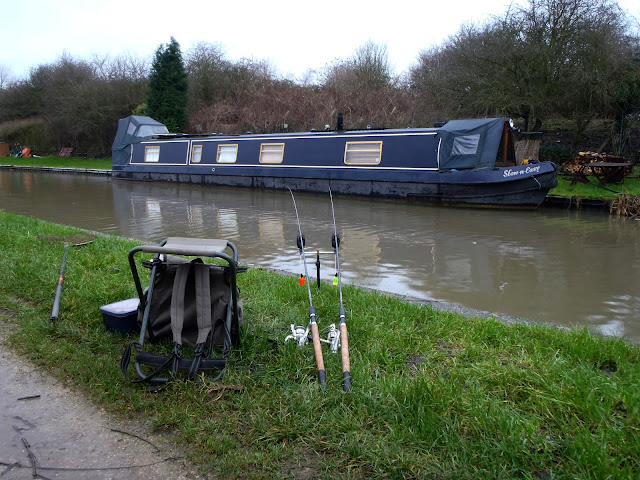 About an hour in and without the slightest indication of fish a portly fella turns up on a stroll out from the pub and it turns out he's an angler, his young son is fishing off the pub bank, and he's trying to establish the whereabouts of Tusses tackle shop half a mile up the towpath. No need to go any further. And so we strike up conversation about fishing and he sticks around a while longer... 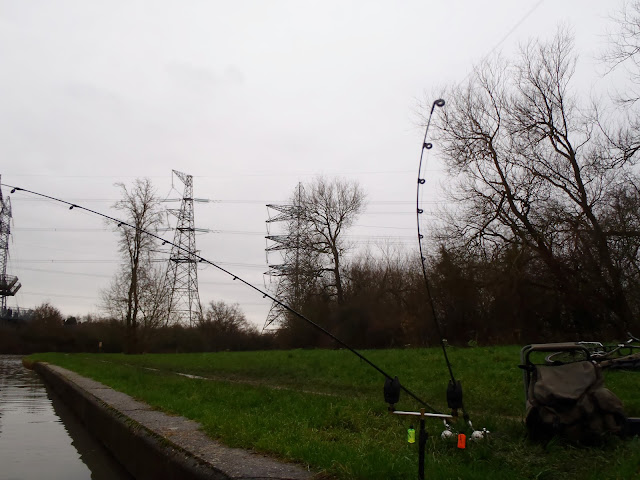 Out of the blue the stern rod arches over bending into the butt before I get my hand on the grip when I pick it up against a hugely powerful and heavy fish tearing off down the side of the boat and taking a great deal of line with it. My immediate thought is 'male tench' but there's something worrying about the angle of the rod which is straightlined against my best effort to put a bend in it. I just cannot do a thing right there and then.

But the fight is soon over when abruptly the line falls limp and I'm believing the 2lb hook-link snapped. Casually walking up the bank winding in 20 yards of slack I find the rod veering toward the near bank and then realise that the fish is still on.

I speed up the retrieve and regain straight contact when all hell breaks loose...

The rod jerks like some demented death metal headbanger and the tighter the line, the more neck-breaking the breakneck rhythm of this astonishing kick drum hammering becomes.

Slow and easy this is not!

But close contact is hard to maintain. The fish rips line off the spool one direction only to go into immediate reverse when all goes slack. Nevertheless, the hook hold is good because frantic winding throws me back in the mosh pit every time. But now it's tearing up and down directly beneath the near bank revetment trying to find a snag...

I dismiss the few species it might once have been and arrive at the only one it can possibly be — when I know that I don't stand a chance in hell of banking it.

This roach tackle is just not capable of tiring such a monster before it surely does find some small solid thing to wrap its tail round when it will smash the flimsy line. I consider plunging the net down so it can find that and tangle itself up in the meshes, but I'm too far off to grab it. If it tears back up that way then I think it my only real chance!

The vicious pounding that the rod is trying its level best to absorb is becoming worrying now. Beneath my feet there's no real sensation of weight or linear power. Just the one of being attached to a furious ball of violent energy. Something must give. And of course, something does...

Winding in the rig I find just a single float rubber on the line. The rest is gone. The failure point is the line at the point of contact with the bead protecting the knot to the feeder. The hook-link held up. But the stress point with this rig is where the swivel meets the bead and I guess the crazed head shaking just weakened the 3lb line by degree till it gave out.

In all the time I've fished these canals I always wondered when the day would arrive when I'd finally hook one. Thousands of hours spent dabbling with all kinds of baits that might attract one yet I'd never yet succeeded in luring one of these elusive secretive creatures and feared the moment when I finally would. But that moment had arrived and my worst fears were confirmed. On the day I was fatally undergunned.

George Burton's account of his successful tussle with such an unexpected beast chimes with mine. Though I did not see the fish, the fight was so very unusual that I was convinced about what it was in the heat of things, and when George recounts that same jack hammer fury then I'm absolutely certain.

If only it had fallen to a zander rod then I'd have banked it for sure...