Setting back out again just after devouring a specimen of the very species I was targeting felt at once most satisfying and somehow familiar, as if I had made fundamental contact with the hunter gatherer roots of the very 'sport' I like to indulge myself in. It was odd to make such a repast not some time after close of play, but between times. I was more than half way back toward my antediluvian self by the time I arrived back upon the towpath...


I was actually running short of bait, and as all the bites in the morning had come to rudd I broke out a roach of exactly a pound that I'd found floating tits up in the canal but in otherwise perfect condition that had been frozen for about a year. (It later transpired that the big roach's flesh was just too mushy to hang on the hook, and so I refroze it to use later as chum in a groundbait experiment, as I do know from experience that zander really are scavengers at heart, and like dogs, their mammalian equivalent, they will eat any old crap) 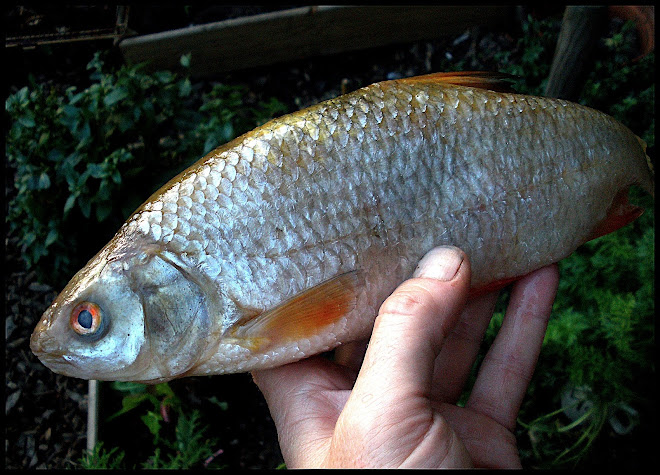 This time I was to revisit the sites of some earlier successes and explore a few not yet explored places along the way. The first spot turned out to be just a mirage, an illusory watering hole in a zander desert, looking the part, all dark and dingy, but devoid of biting fish. 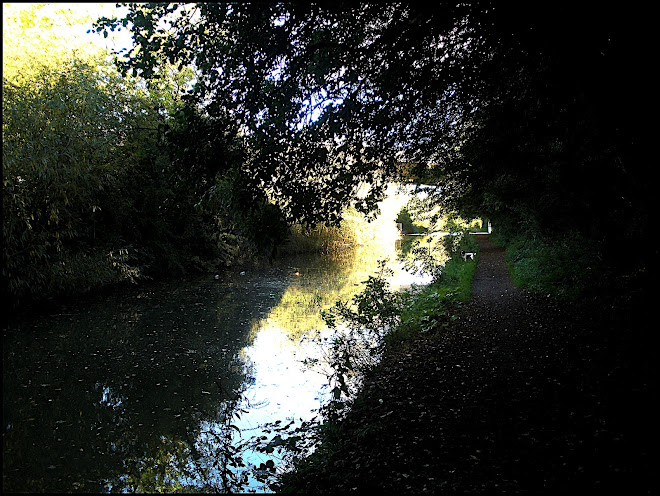 The second spot was a good long walk down the cut toward the City, and a place where Keith and I had enjoyed a spot of zander success autumn last, a bush through which could be seen the neon 'glory' of the Ricoh Arena, neath which Keith had a four pounder if I remember correctly? and I'd had a two.

I got a pick up after twenty minutes on a halved perch (the previous two had been to rudd) but struck into thin air.

I cast back to the same place expecting the fish to pick up the bait once more, and it did, but dropped it soon after...

No bites came from the bush after this and so I moved back to the scene of last years runs epidemic, Longford Basin. Here I cast two baits against my favourite boat, one each at stern and prow, chemical lights glowing proudly atop home brew widget floats riding at anchor.

After half an hour of inactivity and just at dusk, the stern float toodled off on a little journey and an early strike met with a solid weight and then the thud, thud of a head shake. This felt a far better fish, one that had enough body weight to sulk and the physical strength to push the fight. It eventually tired and came safely to net where the hook promptly pinged out and into the air. 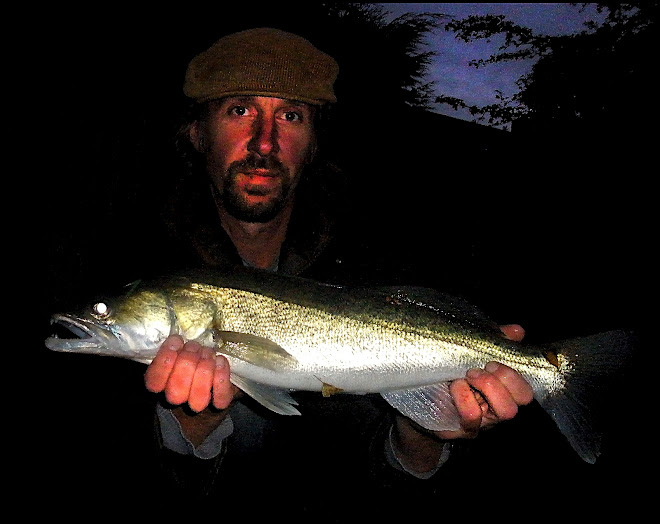 A three and a three quarter pounder, and a new personal best by four ounces. A close shave, what with that insecure hook hold, n'all.

As I was rebaiting the hook with fresh rudd (the killing bait it would seem) after the pictures were taken and the fish returned, the stern float was off up North. The strike met with fish and in came a one pounder just a minute after the first fish. I was now on a grand total of seven and one half pounds for the day so far and in with a chance, should things stay good till midnight or whatever time of the small hours it would require, to clinch that difficult zander point. 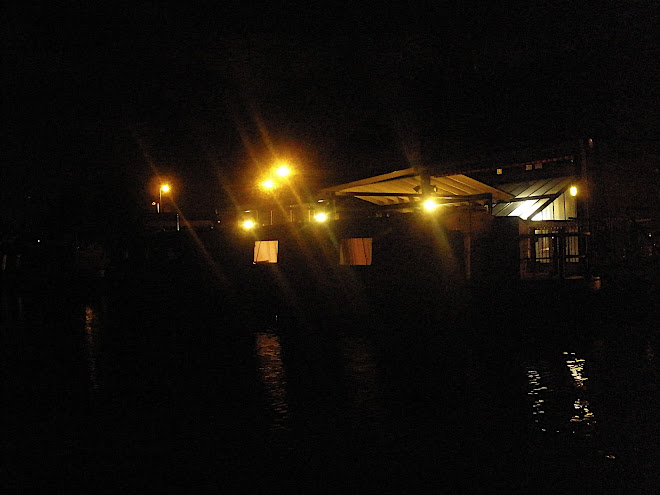 I was prepared to suffer - I'd brought my coat along, and some beer too, for just such an eventuality. Of course I now thought I was in for a repeat of last year's runs bonanza and so I made myself comfortable, but unfortunately just as soon as the light was fully gone I had no more pickups from that spot. The night ended some while later after a few abortive moves to other boats, none of which produced so much as a wobble of the now becalmed floats. 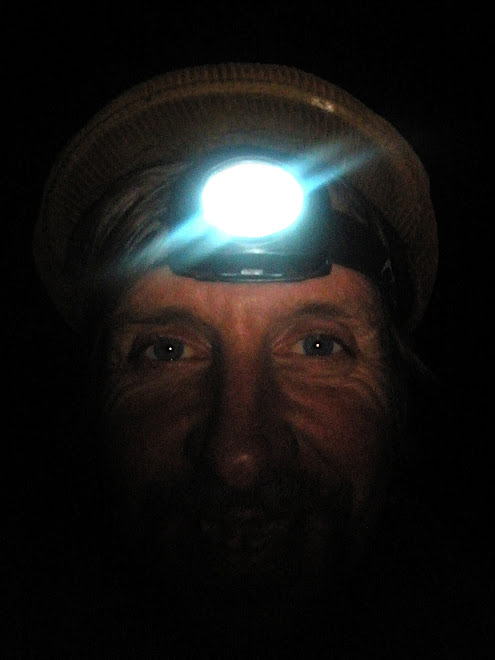 Ah well. Such is fishing. Better than expected, and some small but not insignificant things learned along the way.

In Mustad I trust.

I really think I may have cracked the hook problem or at least some large part of it.