Lee, author of This Angling Life came over to my manor last Friday evening for a pint at the Greyhound and then walk of a mile to some prime zander territory that I have had earmarked for some time but just haven't got round to fish because of its horrendous daytime boat traffic, very narrow towpath and the fact that it's just too remote for comfortable solo sessions in the pitch black when the fishing there would be at its easiest.


I thought it would be silly to miss the opportunity to try it out (two blokes sporting glowing lights, headlamps and sharp deadbait slicing knives would be a scary prospect for even the most predatory canal fruitcake) and we weren't to be disappointed. Our initial legwork to the first swim and constant peg hopping back toward the pub thereafter resulted in four fish between us, two to me and two to Lee including one impressive specimen of six pounds ten ounces which not only doubled his personal best but would have also broken mine too if I had fished the left instead of the right! 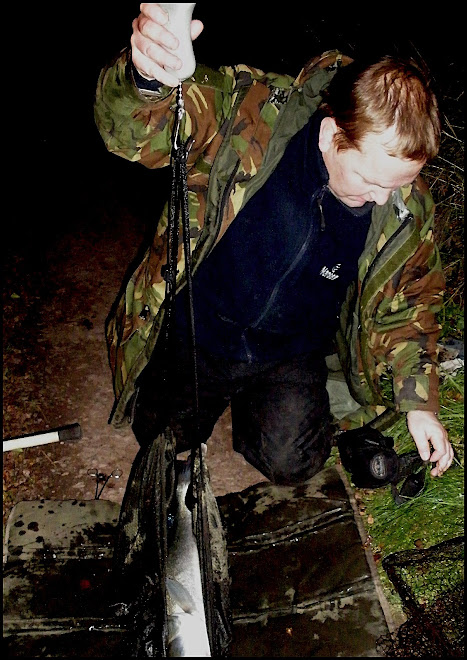 The PB weigh in, an anxious moment...

My hook up rate with the Mustad Ultimate Bass hooks was just maintained, four runs, three fish hooked, two banked but with provisos - the one missed run was rather odd - just as soon as the bait hit the deck the float refused to settle properly, drifting out of position slightly only to pull back on itself. It was windy and though the strange behaviour could have been something to do with tow and line drift, I decided to strike but met with no resistance. The bait was recast to the same spot and after just a minute the float was off again, but this time on a clear and rapid run that dragged the float under and resulted in a zander of two pounds. Clearly the same fish. 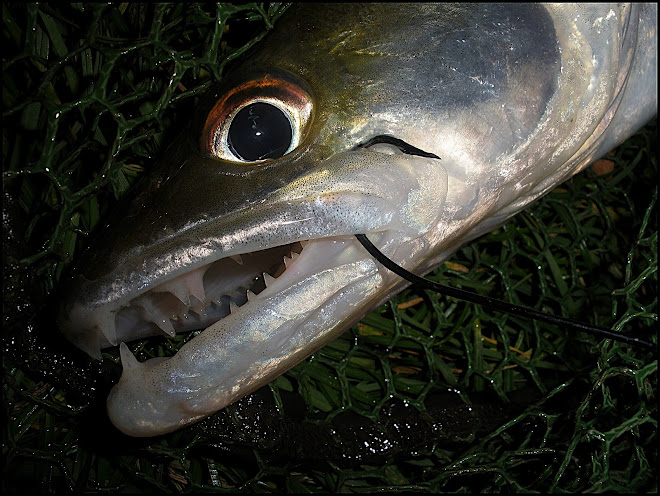 This is the kind of hookhold I have been getting with the vast majority of my recent hook ups with Zeds - right in the scissors, so no fussing about with forceps inside a small mouth full of needle sharp teeth

The lost fish was from a run that, unusually for a canal zander, was coming across the cut and toward me rather than running along the far shelf as the vast majority of runs tend to, a fact that those who ledger for zander on the canal, never get to understand. The strike is made very difficult when this happens as the sunken line will tend to pull the bait straight out of the fishes mouth no matter how much angle you try to put on it. The hook found a hold but the hook-hold failed after a bit of a tussle, and it was a good fish to lose too, easily my heaviest of the night, a four pounder perhaps. What's truly remarkable is that is the only fish hooked and lost since the hook experiments began, a fact that I find most encouraging. 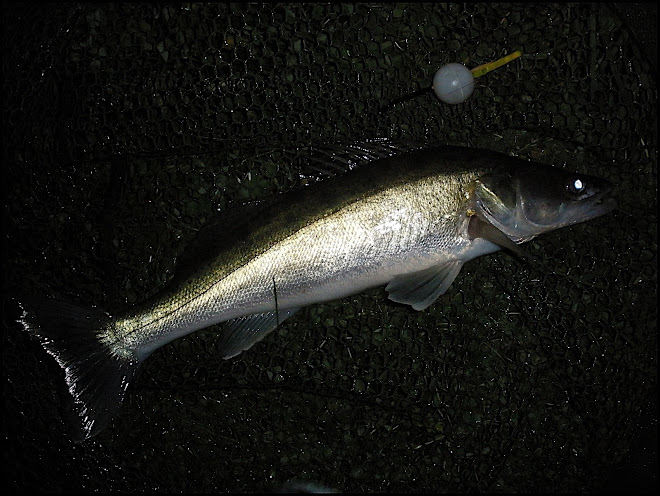 We wound up about eleven, and I got home nearer to twelve, a good two hours after Judy expected me back. She was in a right huff, a huff that was only compounded and then turned into a proper sulk by my reminder that I was also booked out for Sunday morning with Danny and Andy of Piscatorial Pastimes down on the Avon, a fixture that I simply couldn't and wouldn't cancel, for love nor money...!

I've been licking her cute little posterior ever since...
Created by Jeff Hatt at Tuesday, October 26, 2010