Scratching' the Itch - Plucking About

The salmon incident and sea trout capture provided a convenient full stop for the mornings events but it's an inexact division because I carried on fishing for a further hour till we actually broke for lunch. I just could not stop... 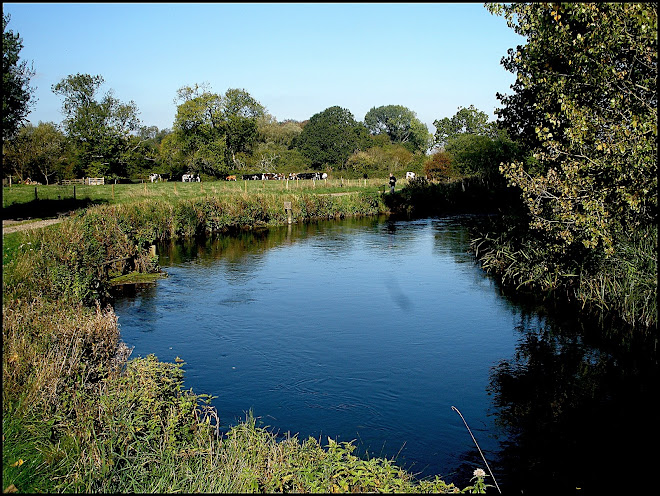 I filled that time with a jaunt downstream to a lovely corner swim that I'd discovered last year where I trotted the corn through and immediately had a personal best grayling of exactly a pound, followed by another of exactly the same weight, and then one more identical to the previous two! 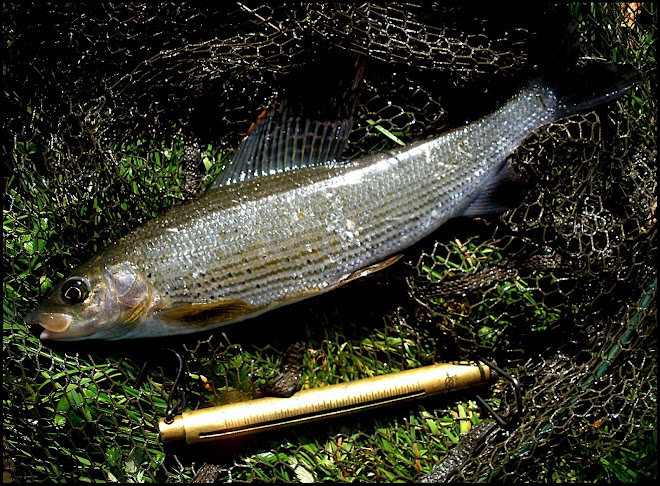 The corn was clearly sorting out a far better stamp of fish than the maggots and attracting the attentions of trout too as yet another brownie came to the net, at least I think it's a brown trout but the markings are very different to the previous two and no prominent red spots either so it could be a sea trout for all I know. Blimey, these prima donna salmonid species really do confuse everyone with all their various costume changes, don't they? 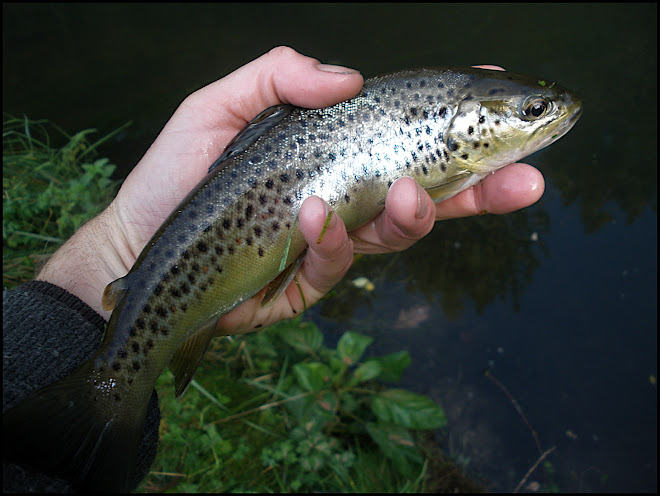 I worked this swim till it faded, in fact I earned my grayling point twice over in this one spot with just a handful of fish, all the while hoping for an even better grayling still, especially when I heard on the riverbank grapevine that the rest of the party who'd gone to the far upstream reaches of the fishery had had some large grayling on maggot feeder between them, some approaching two pounds. Three pounders are possible on this fishery, so you can understand my reticence to abandon work with an effective bait and technique and make the tea, as I had promised to do.

I'd brought along a bag load of tea making paraphernalia and set to work with the Kelly Kettle brewing up three steaming mugs full of the wonder stuff, as there's nothing on earth that tastes quite so good as fresh tea on the riverbank, is there? Last year after lunch I'd had a few more hours trying for grayling and trout and then gone roach fishing in the evening, landing a pristine one pound ten ounce specimen early evening. This time I wanted to get down to the same swim much earlier and have a longer crack at one of the fishery's two pound plus redfins. 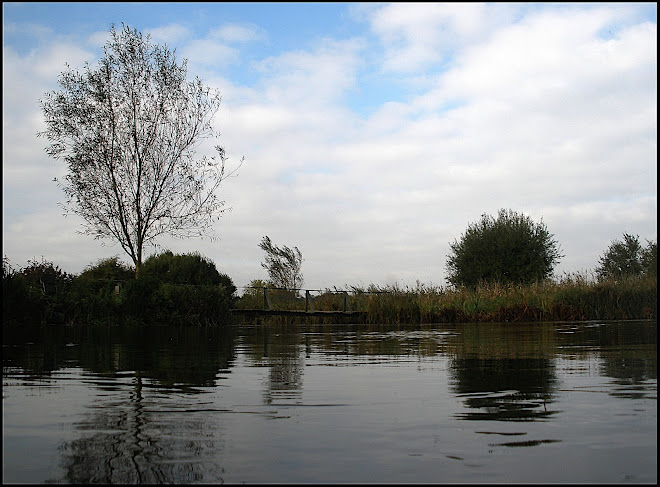 My 'roach' peg viewed from across the water

I got to the the peg and fished the same crease swim with a couple of feeder rods with liquidised bread in the cage feeders and breadflake baits on the hook. I sat there for a couple of hours waiting for a feeding spell that simply never occurred. No fish rolled whilst I was there and that's never a good sign with roach. Far better to use the time to watch for signs of fish rather than plug away where feeding fish are not. 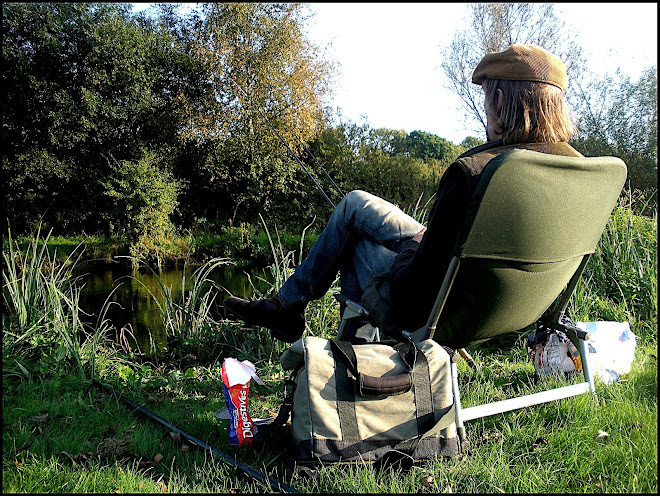 I didn't really mind as just sitting in a chair and enjoying the afternoon in such a relaxed fashion was a nice contrast. As I sat and contemplated my lack of bites all the other members of the party passed me by on their way down the the evening coarse fishing haunts in the lower and slower stretches of the fishery, stopping off for a chat about the day's events en route. Leighton was off after barbel below the weir, Paul was after roach and chub, Sash after big roach (he had a two eight from here once upon a time!) as I'd expect him to be, Keith and Danny who were already down below me were after chub and roach. 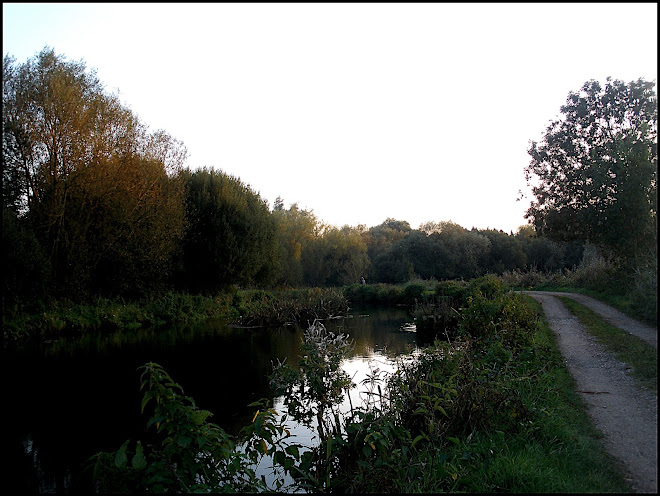 I moved down to a straight unprepossessing stretch of water (often what roach actually like) where I suspected roach would be and started of with one rod there. Straight away I had bites but could not connect with them. At times like this I don't assume, because of experience with small stream roach, that un-hittable bites are from small nuisance fish plucking about. Many time the bites suddenly become bold due to a change in light values and large fish turn out to be the culprit.

Unfortunately upon striking one very good bite I snagged and lost the feeder so I decided to pack up feeder fishing and go downstream to trot till nightfall, which seemed a far more attractive proposition. It seemed even more attractive when I learned that Danny had had a nice chub and Paul, who was doing just as I intended with red maggots, reported that he'd just lost a very large roach. 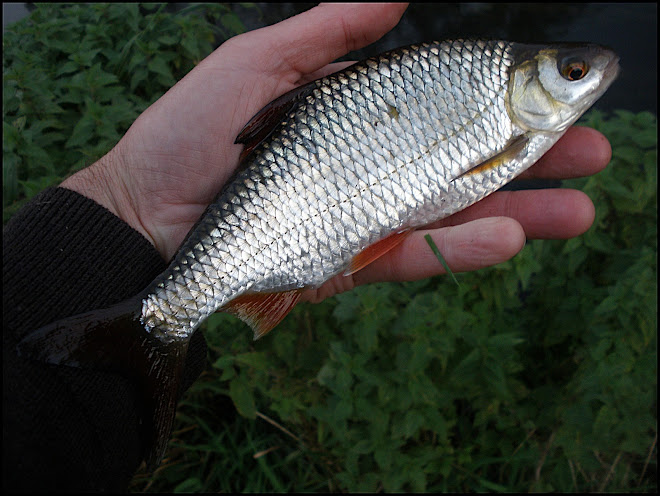 I set to work at a place where roach were rolling and after a few trots down had a half pounder. It was to prove my last roach but when I decided to pack down and go see how Sash was faring I found him below the weir weighing and just about to return a roach of one pound three! He'd just had a one nine too and a four pound bream before that. He cast again and the rod top twanged around as soon as it settled. The fish was a big roach I hoped, and for a time it seemed it might be, but then we saw the white lips of Mr Chevin in the headlamps and a three pound chub was coming to the net. Then everyone else turned up around Sash's back and he had an audience, but that was that, no more fish, for anyone. 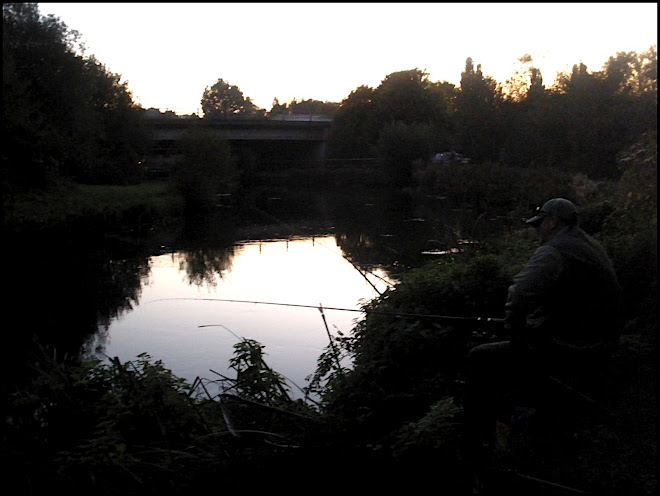 On the way home I decided that by hook or by crook I am going to wangle myself a day's roaching on the Lower Itchen this winter and stick to a plan that I hope will put that elusive river two pounder on the bank. I am waiting for the kind of foggy state of affairs that makes roach want to bite all day long and less determined anglers cancel their bookings...
Created by Jeff Hatt at Thursday, October 14, 2010