For zander, the wooded stretch of the Oxford Canal outside the Elephant and Castle pub up by Tusses Bridge looks the part all right; in shade for most of the day and lined with boats but I got no bites there last time out and none this time either. I'm starting to rethink what is zander water and what is not as we've been fed the line down the years that zander like the dark more than the light but I actually think that zander like the murk between, the very conditions which give them the slight edge over the prey that they feed upon. 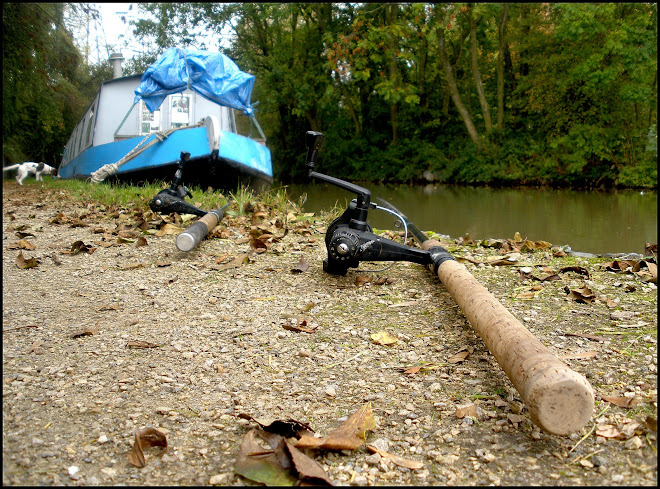 The Oxford Canal with its infuriatingly heavy boat traffic is as murky as an overstocked carp puddle, tea like, thick and viscous looking - light penetrates just below the surface before it's scattered in all directions. To the fish swimming about down there, who knows what it looks like? It must be akin to living in an endless and dense pea-souper fog illuminated by sodium street lamps, all fuzzy indistinct outlines, washed-out colours and hair-raising random encounters with wandering undesirables.

My next stop down the cut after casting to ten or more likely looking places in the Elephant stretch without so much as a nibble on the rudd was to an old reliable, a particular peg where I've caught a good third of all the zander I have ever put on the bank, in fact the very place where back in February of 2009 I had my very first hair-raising random encounter with the arch undesirable of the canal system when a two pound zander snaffled a lobworm intended for a big roach.

I went back the very next day armed with small dead roach, some home brew rigs and floats made of wine corks and experienced first hand the frustration of having run after run after run, and the bait only had to be in the water for a few minutes before one would start on that occasion, but missing virtually all of them and landing just the one fish.

This time the baits were cast to positions not off structures, snags or boats but just a yard or two off the nondescript far bank brambles and twenty feet apart. The right hand float was off within three or four minutes, the strike meeting a solid thud down deep but the hook failing to find a hold. A recast to the same place often results in the same fish picking the bait back up but this time it was the left hand rod that got the pickup, the strike this time meeting with a heavy weight and a head shake, proof positive of at least some kind of hook penetration.

It was obvious that this was a new personal best zander even before netting it, but as it turned out, not by the kind of margin that I at first thought with the scales turning to just four pounds eight ounces where I'd thought it had the frame to turn over five.

This fish was a complete nightmare to photograph on self-timer as it just would not settle down, writhing around in the net, wriggling out of my hands and generally making a bloody nuisance of itself. I rested it back in the water in the landing net for five minutes and then I saw someone coming along the towpath that I recognised, a young fella who I talk to sometimes as he fishes the canal out the back of his granny's garden. He did the honours, the fish had quieted in the net and was no further trouble. 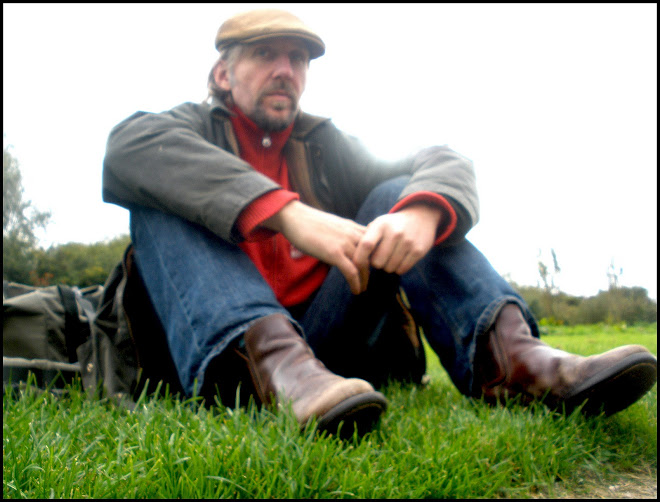 It was plain that there were no more fish in the swim after a twenty minute wait so next port of call was the spot were I'd taken two fish last time out. This proved dead so the next call was at Grassy Bend amongst the boats near Hawkesbury Junction, where, because I do these swim hopping zander excursions mostly standing up, I could enjoy a pleasant sit down upon the verdant bank.

Baits were cast to the stern of one boat and the middle of the next and within twenty minutes the stern float was moving Eastward resulting a very angry fish of a pound and nine ounces who blew himself up like a puffer fish, stuck his spines out and glared at me with his wall eye.

You lookin' at Me?

I slipped him back and we stayed on there for a while longer to fish for more, of course, but mostly because Molly is not such a pain when there's half an acre of grass in which to chase the objects she finds and brings to me. The fact that she finds most of these objects by leaping into the water and swimming across to the far bank to retrieve them is not a problem as the zander really don't seem to mind anything passing through be it animal or machine so long as it stirs the pot. 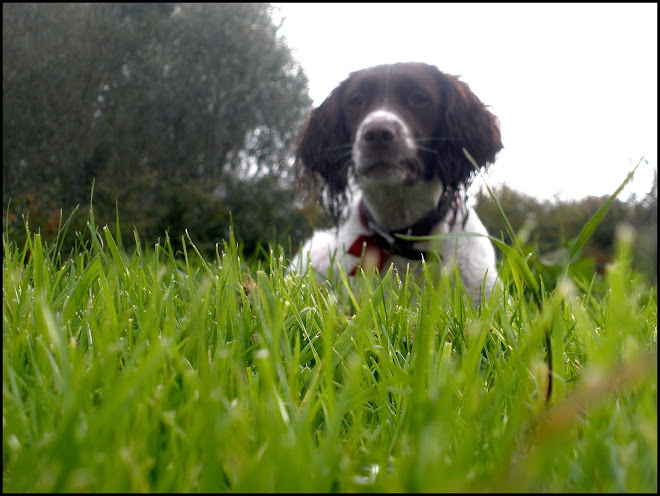 I didn't get any fish though so I proceeded to explore a few swims along the Coventry Canal around the M6 bridge that looked fishy enough, but that proved not to be, unfortunately. Eventually I ended up back in Longford Basin just at dusk casting against a boat that has proved itself the most productive zander swim I have yet found, one that has furnished probably half of the fish I have ever caught. It didn't disappoint, and a one pounder was on the bank within fifteen minutes of settling down. 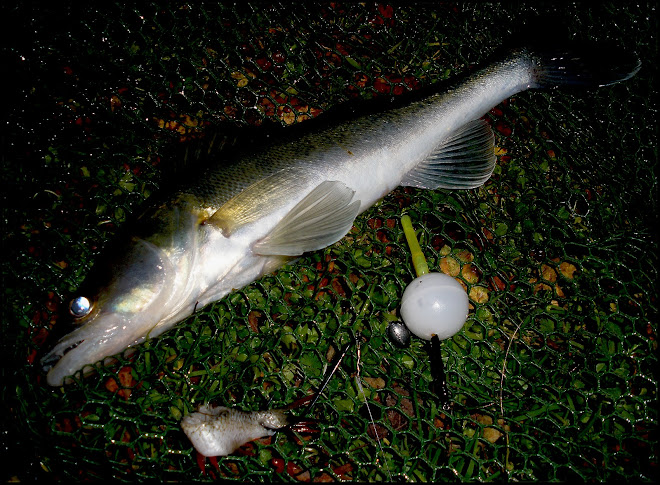 I went home to get the chair, dumped the dog, got two tins of beer and some fresh bait and then fished into the night, but as has happened on all my recent trips the dark turned out to be the death of it with no further pick-ups in the next hour and half. 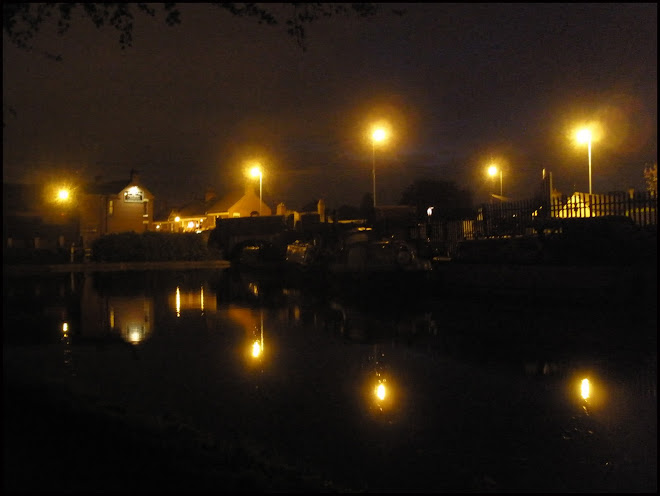 Whilst I sat there contemplating the past few sessions and the results they have provided it was clear that I'd achieved a marked improvement in my hook and hold rate, from a miserable and frustrating 20-30%, to a figure now drawn from increasingly firm data at around 75% by employing the large Mustad bass hook with its distinctive serpentine shape, out-turned eye and sneaky out-turned beaked point which seems to actively seek a purchase in the hard fleshy parts of the zander jaw where all other patterns I have yet tried have failed miserably. However, it is also becoming crystal clear that the fishing challenge point for zander cannot be achieved from the canal. Today three fish were banked and that's a normal to fair catch rate, but for just 7lb 1oz in total despite a good early fish, and that is just one third by weight of what is required to cross the line.

(The participants in next years fishing challenge which is based upon percentages of the British record, might be interested to learn that my PB increase for zander of 12 oz takes the percentage for the species from 18 to 21 percent, but that only improves the overall average across the fifteen species in my list by a miniscule amount, from 31.26 to just 31.46 percent...)

I will give it one more try before having to seek waters that provide either a far higher average weight per fish, or, stacks of small ones, or, the chance at banking either a brace of doubles or the remote possibility of a single record breaking monster, and in Coventry the latter can mean only the one thing...