The only place I know of in the whole of Warwickshire where there really is a chance of a proper big roach is Grassy Bend on the Oxford Canal. I can count the roach I have had from this place on the six fingers of one hand but they have all been over a pound and three of them have been over a pound and a half with the largest at just half an ounce under the magic two. That's quite a pedigree but it takes time for each to come, a lot of time actually, and for a fish like a roach I used to think that it was too much time to wait. Consequently I have all but ignored the place over the past two years but I now think I shouldn't have because if I had put in the time I'm sure that I would have passed the two pound mark over and over again.

The thing is, five hours between bites is actually what you'd expect in a lot of fishing situations. You don't really expect many bites when after double figure barbel down at Lucy's Mill, where one tremendous lunge of the rod seaward amongst all the inevitable bream knocks is what you hope for and one fish in three sessions probably the norm, if not very good going indeed. What keeps you going back for more is the high average size of the weirpool's barbel population, with fish exceeding double figures more likely caught than those under, and with the chance of a fifteen or even sixteen pounder on the cards. 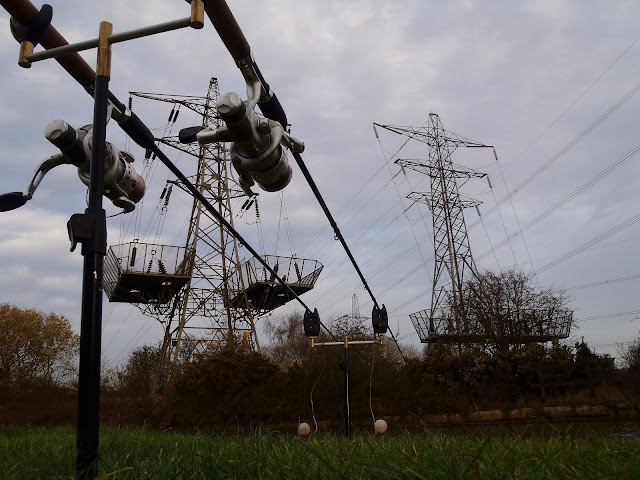 Grassy Bend is very similar in terms of time input/fish output. A five hour chunk of absolute stillness is often broken in two, but hardly ever three, by one bite. That that bite may not hook up to a fish is harsh reality as lobworms, the bait that trips these big roach up in winter, is a long, lively and wriggly one that often causes all kinds of unseen trouble at the hook end. There's really only one effective way to hook them when used whole and unbroken and that's to just nick the barbed size ten hook through the saddle area and cast out hoping for the best. They often turn around on the hook and re-hook themselves, burying the hook point deep in the body - of course you won't catch fish when this happens, but there's no way to avoid it. The also get entangled with small twigs and leaves - again, a recipe for a missed bite. Luckily, if the worm and hook are working as you'd hope, the fish almost hook themselves as the worm, when sucked down the throat and the tail or head is in the belly, can't come out easily once it gets so far. Which is why I use a long hook length of two or three feet and a paternoster to the lead - to give the fish plenty of time to get that big worm right in.

Keith came over the other night and we fished there three hours or so and well into the darkness. The roach do feed after dark in canals which is good news in winter when the afternoons are so short, but I rarely fish alone in darkness as I find the daylight hours more bearable. He had two bites around dusk both of which produced small zander, which is about the only pest you'll get with worms in winter as the perch seem to go off the feed entirely once the water temperature falls to a certain point. I had no bites at all, which is not unusual. 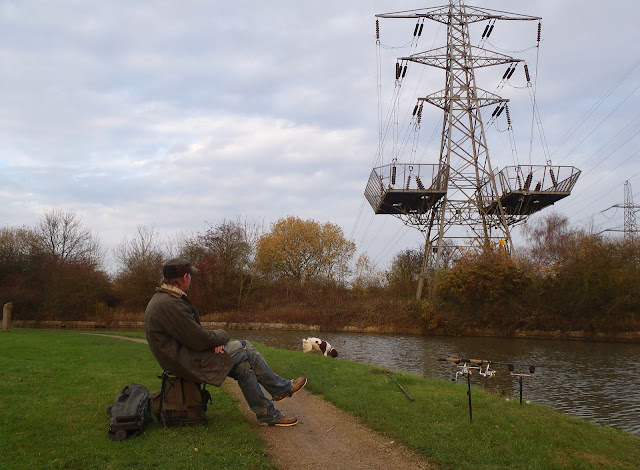 I went out alone yesterday afternoon and tried again. It was a short session of three hours and I expected little of it. There was a horrible great slick of engine oil floating around where Keith and I had fished before so I had to move around the bend and fish where the wind was blowing down the cut and forcing it back as you can't cast through oil or diesel slicks no matter how thin they might appear as the bait will be ruinously tainted as it passes through. Molly often dives in to water with invisibly thin slicks upon it and she comes out stinking like a motor mechanic. Not good! 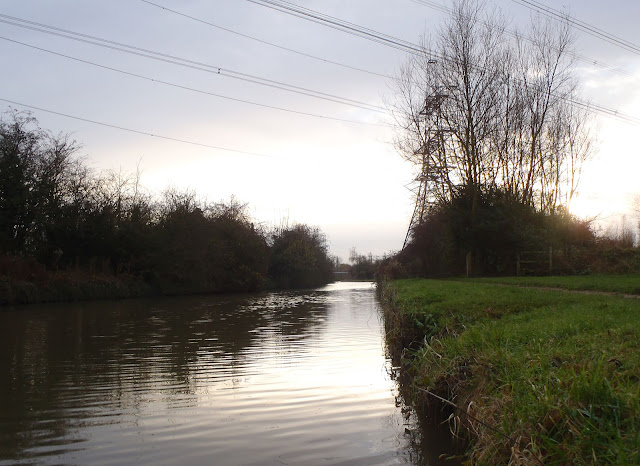 Nothing happened for an hour, then a boat came through which gave a chance for a recast and a bait check. Both were fine so after the obligatory five minute wait required for the heavy stuff churned up by the boat's props to settle back down, the worms were put back in the centre to the deepest water of the boat track. Half an hour later the right hand bobbin began a steady run up to the buzzer - beep - beep - beep - beep - beep - strike - nothing.

I just knew that my one chance had come and blown as two bites is too much to hope for here, and sure enough, there was no more action in the next hour and I packed up at dusk whilst watching a pair of buzzards soar and wheel above the pylons, but feeling that it hadn't been a complete waste of time - at least I got a kiss that could have been from lifetime's best roach.

Ah well, I'll have to snog it tomorrow then! 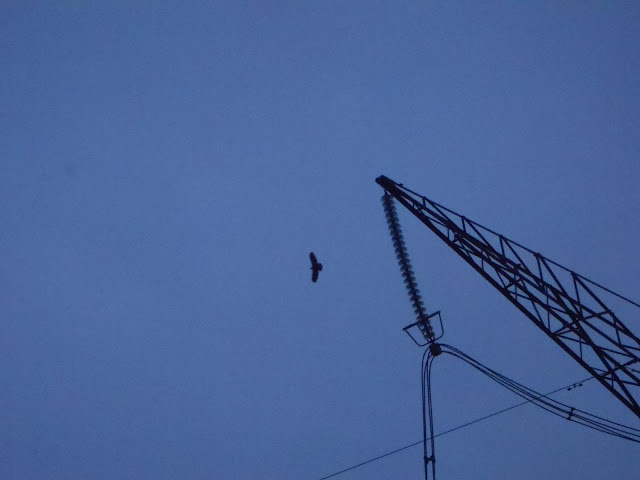