Approaching good weather upsets fish. They'll respond to changes we might see as positive, negatively. I'm sure of it. The weather we've complained of over the last few months has been settled in its unsettledness, but the fish loved it. Lots of water about makes fish feel good, because water is all they know of the entire universe. I can't fathom what life must be like for a fish...

Imagine if we were confronted with a progressive lack of air whenever the weather turned hot and dry, and knew that if that weather continued and continued, there'd come a time when all the air, would be gone...

I'd suppose that might make us somewhat prudent about burning the precious stuff on the BBQ, don't you think?

Friday afternoon I met with local canal angler, Ivan Scallon. We'd exchanged mails, and agreed to fish my patch on the Coventry Canal. The weather was warm enough though certainly on the turn for the better, so I thought that things might progress slower than they have of late. I wasn't wrong. We fished the first four hours from 4pm, almost bite-less the whole time. It was as dead as a doornail.

I was certain that approaching dusk would be our best chance. I thought the fish would turn on to feed around 7pm and come regularly from thereon in. That being my experience. However, 7pm came and went but the fish failed to come with the hour. By 8pm, things were looking, and feeling, desperate. The fish had not started topping as they usually will as the light fails, and that lack of visibility was mirrored exactly by a lack of movement of Ivan's quiver tip, and my float. 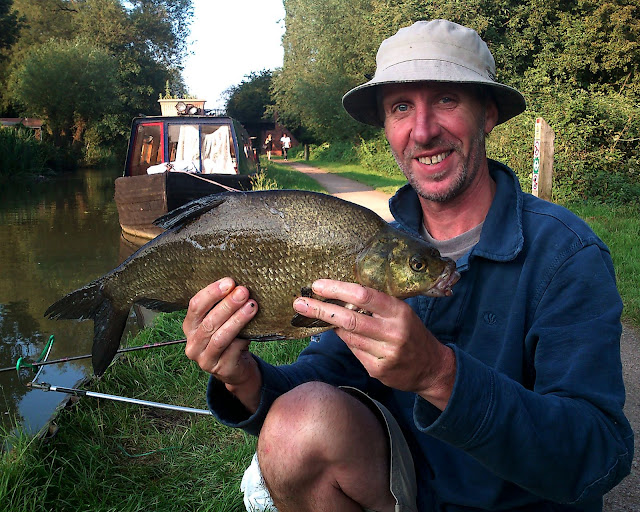 Then at a quarter past the hour, a fish rolled. Within a minute Ivan had a fish on, and half a minute along, so did I. But, the next hour passed as the previous hour had. The predicted serial captures after the first, failing to materialise... 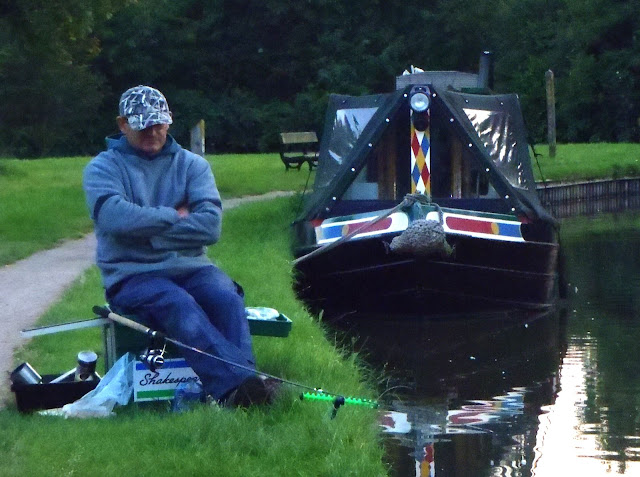 I had faith though. Even if the feeding spell that always occurs at some point in the late evening was just for a few brief minutes, it would be enough if the baits were well placed for it. 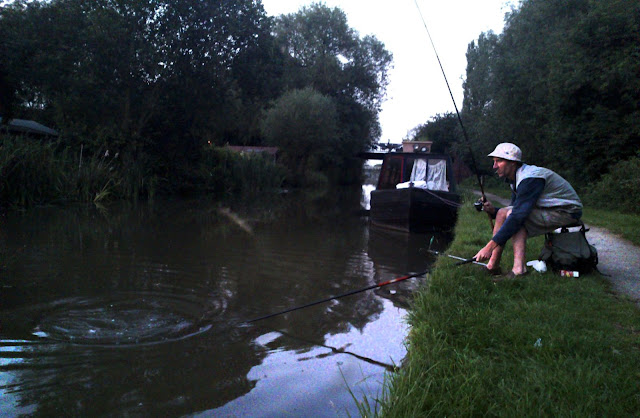 At 9pm, with the light falling fast. It happened at last. Fish started to roll once again, my float started to shift position as fish found the groundbait, and then the bites finally came along. Within fifteen minutes I'd banked a further three fish -- a tench of a couple of pounds or so, and two more three-pound bream. 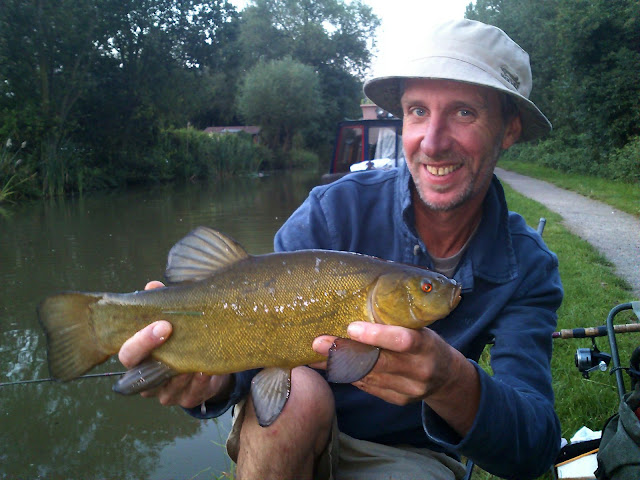 But then it was over, just as quickly as it had begun. All the fish of ten man-hours had come in just a  fraction of their total minutes. Afterwards, all was quiet again, the float stood still, the fish ceased topping and we eventually conceded when the light was such that we couldn't see much of anything without batteries and bulbs.

Tomorrow I'd be off on a short break to the Warwickshire Avon, where I thought things might be very much worse. The Coventry Canal is moody enough at the best of times, and affected strongly by changes in conditions, but the Avon can be a bitch of a water under the same circumstances, as any Avon angler will readily attest.

Still, it would be hot and airy enough for Judy and myself, despite believing it too hot and airless for fishing.