Harvington's Anchor Meadow looked good on arrival. Car windows are deceptive lenses though, and closer inspection of the water revealed a river in poor condition. The water ran low, but well-coloured with a dirty grey/brown tone I just didn't like. Water clarity was a foot at most, where I'd have far preferred gin clear and to see the bottom in hot weather, and when a few grains of corn thrown into the water sank out of sight in moments, it did not bode well...

The usual tour of the island with the dog boded even worse, because other anglers, two of whom had been in situ some considerable time by the evidence of lime green grass beneath their almost kissing bivvies, had not only caught little, but wore that slack jawed expression of anglers at the end of their resources, the expression that reveals, no matter what they might say to put a brave face on things, that they'd rather had stayed home. 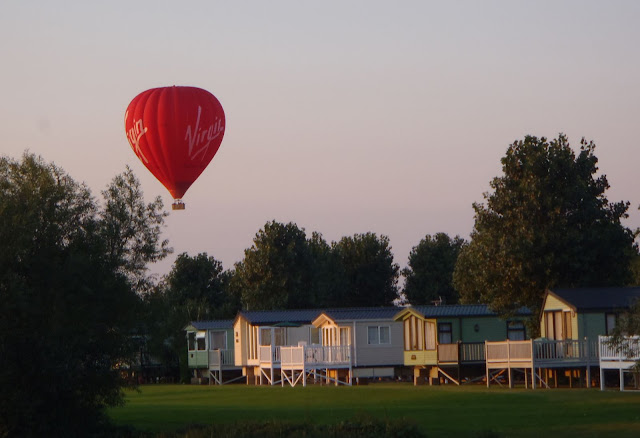 As I said in the previous post, the Avon is a bitch of a river when it has a mind to be. Today I knew even before wetting a line that it was hopeless to even try, unless that bad colour dropped out by next morning. Nevertheless, I put out two barbel rods and sat back to await nothing, and nothing was what I got in super abundance. And I do mean nothing. The rods were dead sticks. Classic Warwickshire Avon in a stink!

I should qualify what I mean by that for those expecting a first trip to this river to deliver the kind of bounty that published reports always suggest it will. They are, of course, a mediated reality where barbel (and they usually will be about barbel) always come by in the end, should the heroic angler sit it out till dusk and beyond. However, that is simply not the case with this river. Just as often as not, no barbel will come along at all for days on end, and worse, there are times when no fish but gudgeon will take to any bait offered by any means. 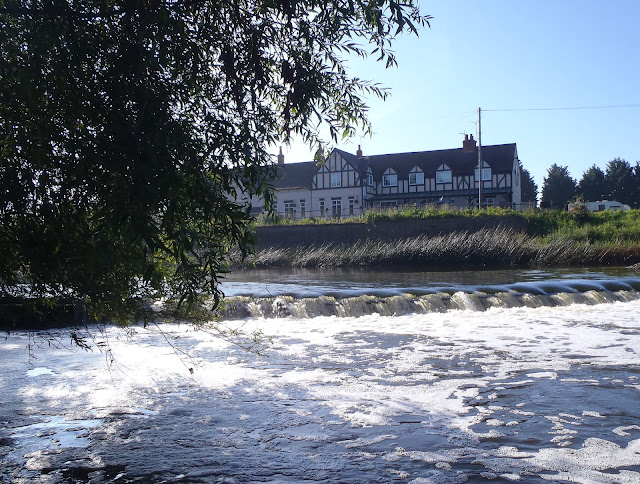 Next morning I called on 'The Doctor' for her prognosis. The Doctor is a light quiver rod armed with an empty feeder and a disc of bread on the hook that is thrown into likely places, not to catch fish, but to ascertain the state of play. Bread is the diagnostic river bait, par excellence. If bites fail to come to it, and at any time of year, then the prognosis for all baits and all species (but eels, oddly) is gloomy. The Avon is full of fish, they like bread, but when they don't...

Put it this way. If your barbelling is going badly, how the hell would you know what was up? You could sit all day after one of them and never know if it was the river, the fish, your bait, or you that was at fault. Get out the Doctor and you'll be sure, because if nothing touches bread but gudgeon...

The river is sulking.

I know this place. I have fished it so many times now that I know full well what it contains in the way of fish. Bread fished here will always get bites, but on this morning it failed to. I tried every peg I could squeeze into and all drew a resounding blank, with just a few tiny twangs and knock for two hours work. I ended up back at camp, threw the bread out randomly from the portal of the tent, thirty yards from the water, and there had the only true bite of the morning whilst chomping on a bacon sarny.

I caught a gudgeon. 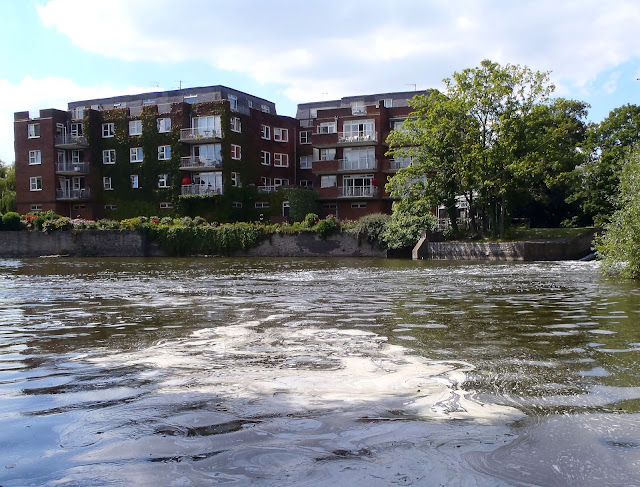 Stratford Upon Avon was the only viable alternative. Luckily, Judy was going there for a spot of shopping, so I tagged along. Ah Lucy's Mill! I love the place. Where all else fails, the Mill never does. It is the only place I know of on the whole river where bright sunny days are preferable to any other conditions. It's an inverted reality, is Lucy's Mill, but a reality where fish can be caught when they shouldn't.

Here, The Doctor wasn't necessary. Instead I got out 'The Surgeon'. This is the same rod, same set up, and same feed-free feeder, but instead of throwing the bait about searching the water for bites, here the bait is pitched very accurately into the tail of the weir and to the precise spot where I know from long experience the roach will always be, and always will bite. And it has to be within yards of wherever that certain place turns out to be on the day, because it moves according to weir flow, which today, was remarkably strong. 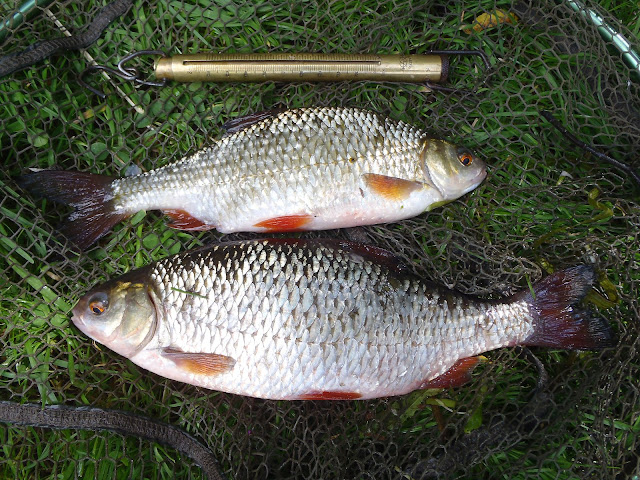 Third cast I found the spot. It was five yards upstream of its usual position, five yards further out, and slap in the middle of the most turbulent line. First hooked bite and along came a one-pound two-ounce roach, followed by four hours of continual bites resulting in fish, after fish, after fish. All were were roach though. Last time here I'd caught a few silver bream and their hybrids including a new river PB for the species, and was hoping to find them again.

However, the only fish that came by that was not a roach, came late in the day and was clearly not one however big it might be, I really thought was going to be one of the Mill's rare trout by the way it fought. Rushing here and there, stripping line, then coming in so fast that I needed to wind maniacally to keep tight to it, I thought it couldn't really be anything else.

However, it was something else, and the last fish I'd expected. A barbel, of just a pound or so. 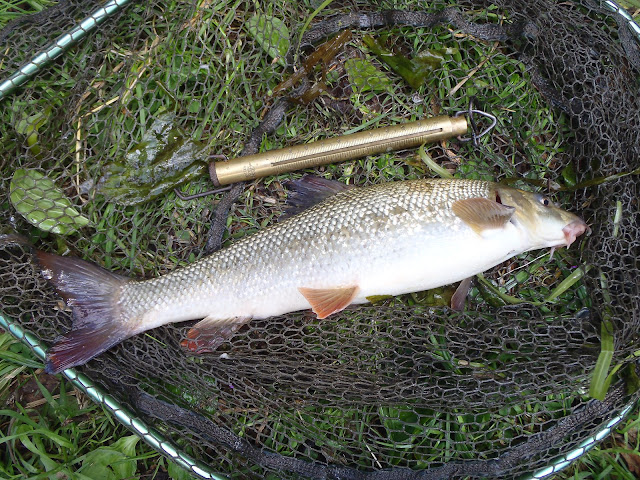 Bread rarely takes barbel does it? I've hear it is good bait for them, but roach like it too much for barbel to get a look in, I'd suppose. Oddly enough, this was my second barbel taken on the fluffy stuff, and both had come from the Mill. Though the first was ten times the size of this little specimen.

Back at Harvington, things hadn't changed at all. It might as well have been a different river in another land for all the difference an afternoon out at Stratford had made to it. The same sullen sparkless water, the same sluggish dirty grey/brown flow, the same lack of bites, and anglers who looked even worse than they had, now their long and final afternoon had finally ground away all the Avon's lustre.

Down from Norfolk too...

On another day, things would have been so different for them, because when Harvington fishes, it fishes brilliantly, but the conditions have to be just so. Today, perhaps tomorrow, and the next day too, they're wrong. So, I gave in to red wine and warm sunsets. The only bites I was after now were those taken from my barbecued kebabs and salad spuds.

I just couldn't be bothered to fish, thinking time too precious to waste on such futile pursuits as casting after hope.