The best dace fishing the Midlands has to offer had all the appearance of health and vigour and surely must have been a far better choice today than the Thames (where I was supposed to be...) could ever be with all that water that fell in the catchment Thursday not racing through quite yet...

On a good day it's a bite a chuck. On a fabulous day it's a bite before the feeder plunges 3 feet down to fourteen foot depths or float fishing you'll shorten up progressively to a two foot drop and I kid you not — 30 bites a chuck. But when it's bad.... As Danny Everitt has more less said and he's good reason to say it 'cause he's a man who through experience knows...

Arrive on a sweet day — you've a taste of heaven and would die happy.

But on a sour day — you'd happily die. 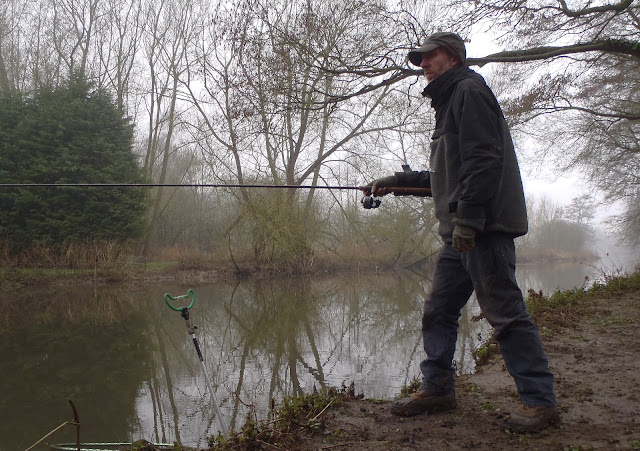 It was a quiet day mostly because I arrived too late and the dace feed freely early morning or late evening depending on how they feel. Bread sorted out far larger fish though the wait was long between, maggots more bites and strident ones too, and trotting maggots more fish though it was five or six runs down between each. It wasn't exactly tough going but slow going with up to a fifteen minute wait between fish. Nevertheless I managed eight dace, a chub and a gudgeon in two hours before the bites dried up. 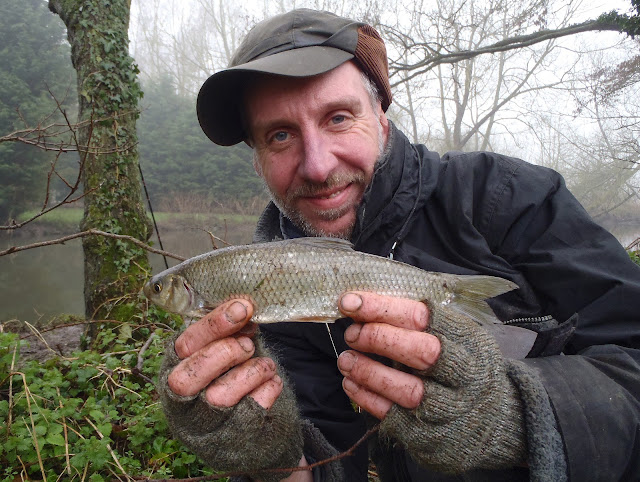 Having itchy feet I then went upstream to streamier water in search of roach intending to return for the evening feeding spell later on. I found they'd moved from their usual haunts and all I caught there were more dace and chub. Right at the top of the stretch there's shallow faster water which progressively deepens till it reaches up to fourteen feet in places and those depths are where the dace live but the roach like the bit between where the pace is quicker and depth half the maximum. 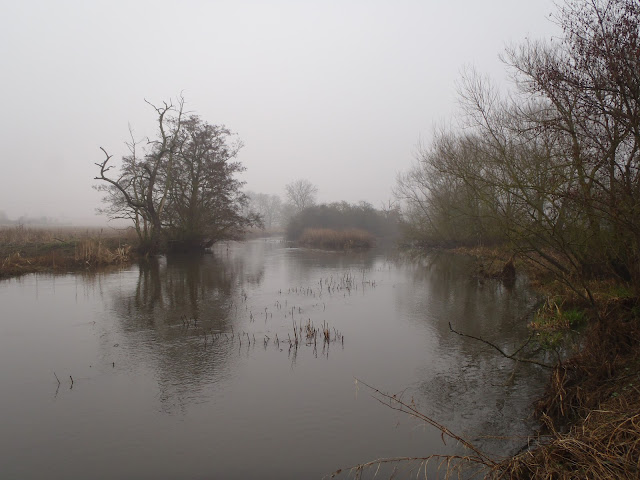 They weren't in the really quick parts but I found a little back-flowing eddy near bank and dropped bread into that. I spent the next two hours trying to connect with the bites but some reason missed every one. That's roach for you! Far off they are hard enough but close up ledgering with a vertical drop from rod top to riverbed they can be a nightmare to hook. I should have free-lined as I do on the Sowe... that would have worked far, far better.

I eventually found the roach in the main body of the river again, caught a few, but by then it was approaching the 'right time' for dace again so I left it for another day happy that I'd established a fact about the roach and their movements.

The dace weren't in the mood though so the day ended with a biteless hour in the misty, dank and very mucky mill race.