I received my prize for the Fishing Magic Forum photo competition a few weeks ago - an entry level fly outfit from Game Fishing Supplies of Northumberland. This was the second time I had won this prize, the first time I got myself a pair of ABU reels but this time I couldn't find anything in the way of coarse tackle on the company's website so I plumped to buy a Shakespeare 6-7 weight rod and a Scierra wide arbor reel with my £50 winnings.

I then bought some cheap weight forward floating fly line from The Range and a box of various flys too, and got a free tapered leader attached to the front of a fly fishing mag. In all the manuals it said to load the reel with braid backing. Yeah right. With braid at the price it is I was certainly not going to load this reel with it as it would never seen the light of day unless I was to hook a twenty pound plus salmon. I stripped some old fifteen pound mono off one of my multipliers and used that instead, tying it to the fly line's braided loop with a double overhand loop. 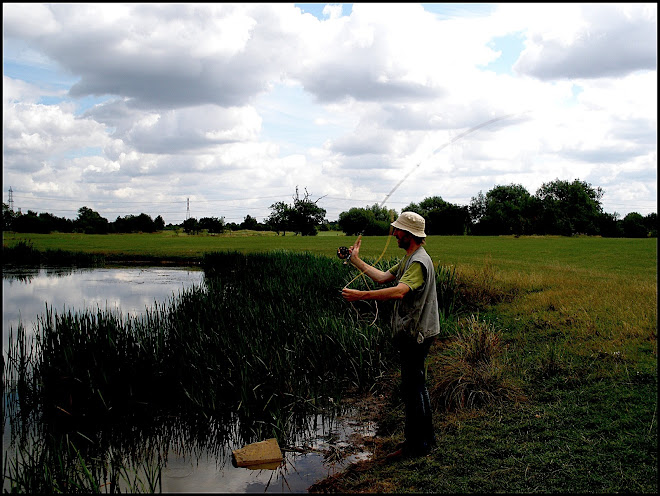 Judy and I went out to a local pond, The Crater, to try the outfit out. The Crater I thought ideal for starts as it has no tree or bushes anywhere nearby to snag on and also contains plenty of rudd, a fish that I thought might just take a fly properly presented. Hoho...! 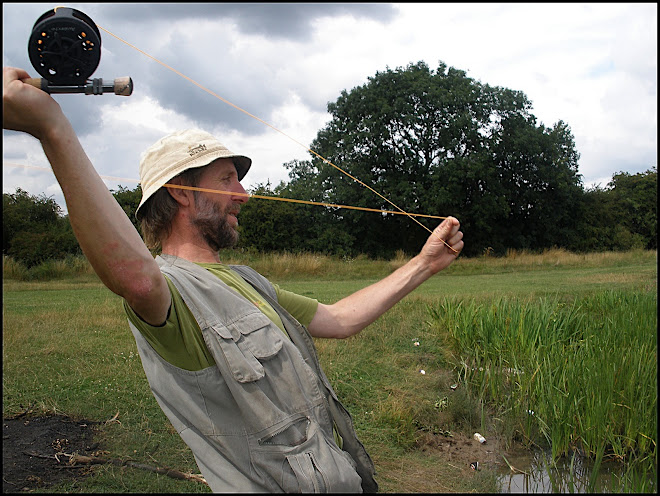 I got the hang of the thing fairly quickly despite plenty of annoying tangles and wrestling with the wayward fly line that seemed at first to have a mind all of its own. It took a little while to stop using the rod and line as a whip and understand that time must be given on the backcast to allow the line to straighten fully before commencing the forward cast. It's not a matter of watching the line but more a feeling in the rod that you need to wait for, and then all is well, it seemed. 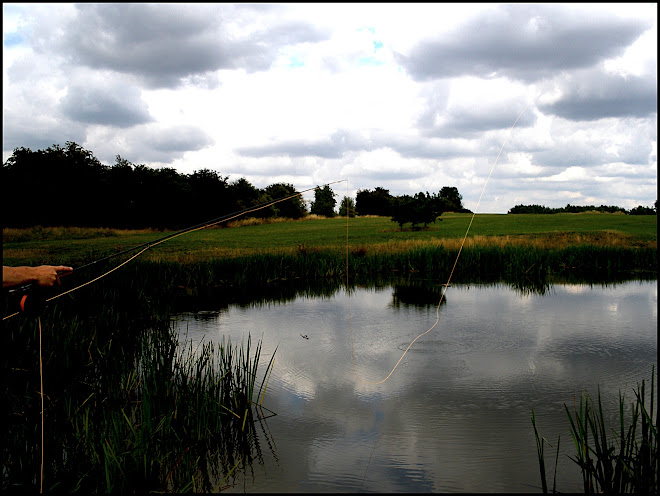 By the end of the session I had begun to make some very long casts indeed, but in trying just knew that something was wrong with my arm. The line was shooting forward alright but the fly line was landing before the leader, and the leader before the fly. Half the time the false casts would hit the water too. I couldn't imagine that this was right at all.

I think that I have pinned it down to bad wrist action, mostly. I think that the wrist needs to be kept firm and rigid and the arm used like a hammer. I could be wrong...? 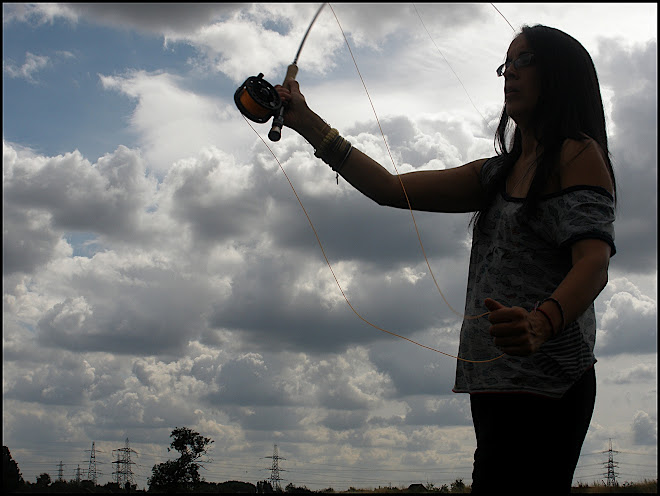 Judy has never really learned any form of casting whatsoever so at first things were a bit frantic with most casts landing in a pile at her feet or wrapped around her head even, but as things went along she became more and more assured and made some pretty impressive casts too, once she'd also mastered the pause between the back and forwards casts. 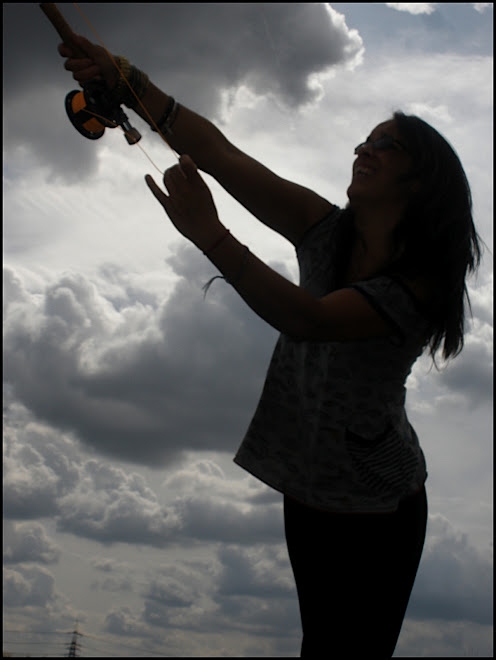 We did not catch any fish, needless to say!
Created by Jeff Hatt at Tuesday, August 17, 2010