Ilfracombe, Day One: On and Off the Rocks

Fishing is all about weather.

It doesn't matter where you are headed, be it tarn, brook, lake or loch, cut, drain, reservoir, lake, stream or pond, the weather is either with you, or against. Of course, usually you can still fish if the weather becomes inclement, just so long as you have some way or means that enables you to carry on in relative comfort. However, I failed to mention the sea, which is, if you'll forgive me, a very large and very different kettle of fish from all the rest. 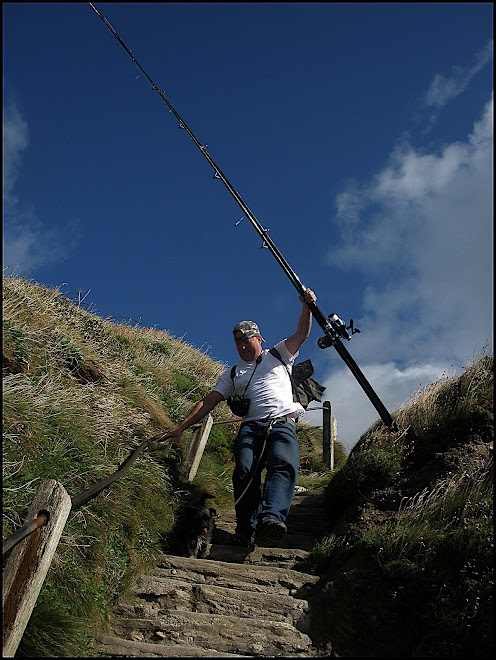 We, that's Steve and I, hit a set of circumstances that all but ruled out any of our plans. The sea, well, we tried to reason with it, but it was otherwise engaged in its relentless cyclic task of reducing solid rock to shifting sand, depositing and compressing it under an enormous crushing weight, and thus creating more rock for later...

Like, a hundred million years or so, later. Which is pish all to the sea, evidently. 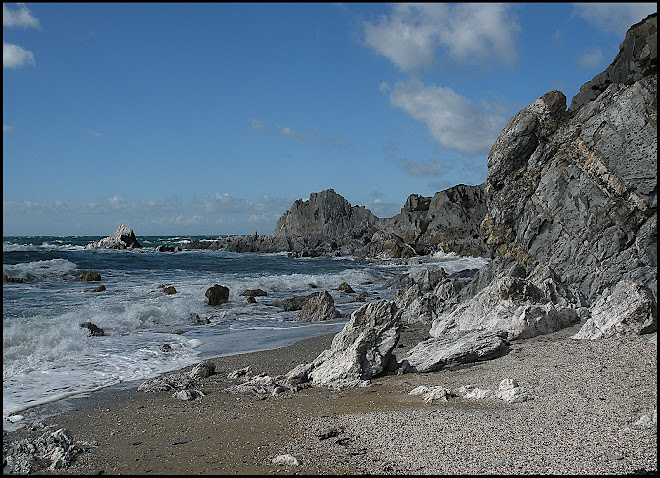 I made you before, from the bones of your ancestors, and I will break you down once more, say's the sea, to the rocks

It was impossible. Mackerel feathers were launched out to sea into wind and spray whilst tottering upon barnacle encrusted rocks, but eventually, and despite our best efforts to avoid the inevitable, the crashing sea would drag the weight down and snag it fast in the submmarine city of rock hidden just offshore. 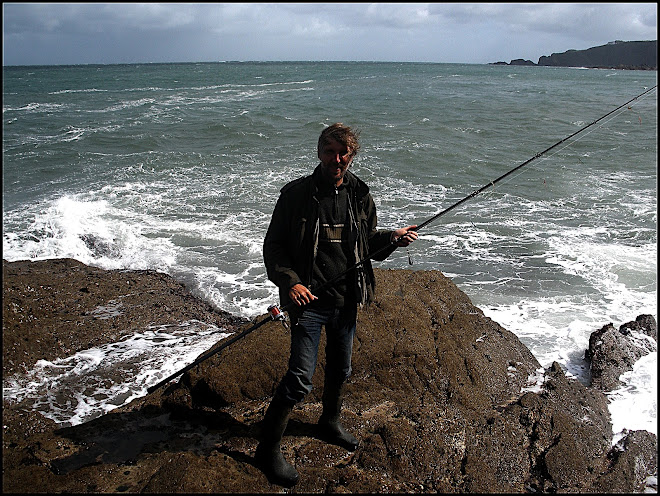 Such tackle losses cannot be sustained unless you tie your own feathers and employ old spark plugs for heft. And besides, only when you are getting mackerel on at least one cast out of five, would the cost benefit outweigh the deficit. We didn't get even a sniff of that oily fish, and the increasingly violent rising sea threw us off every likely perch excepting the most benign of all possible marks, the harbour wall.

It seemed a good prospect. Calm and comfortable, and not so overburdened with competition that we couldn't find a spare section or two of railing to prop a rod against. Steve found some live sandeels trapped in a sump behind the jetty and these proved very popular fished on a sliding flaot set to ten feet depth, with something down there that would easily drag an eight inch float under, but seemed impossible to hook, or hook and keep out it's rocky, kelpy lair. I lost count of the number of times I missed bites but every now and then I'd feel the thump of a fish only to become snagged and lose it. Steve eventually caught one of the cuplrits quite by accident - a tiny pollack of just a few ounces. 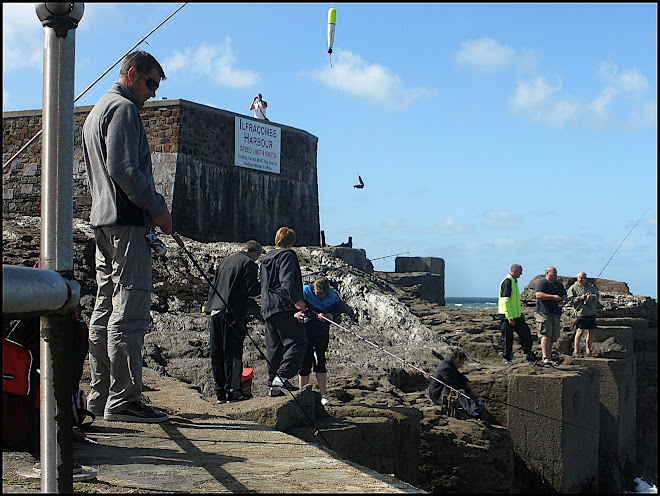 Two hours later the jetty was heaving with anglers of all ages and sexes, busily catching nothing whatsoever and enjoying every second of it. Kiss me quick fishing at its very english best. All in all, most enjoyable, oddly enough.

We gave up eventually and retired to the camp site for an evening barbie and some cool beers. The sunset was 'spectaclier,' as they say down these parts. 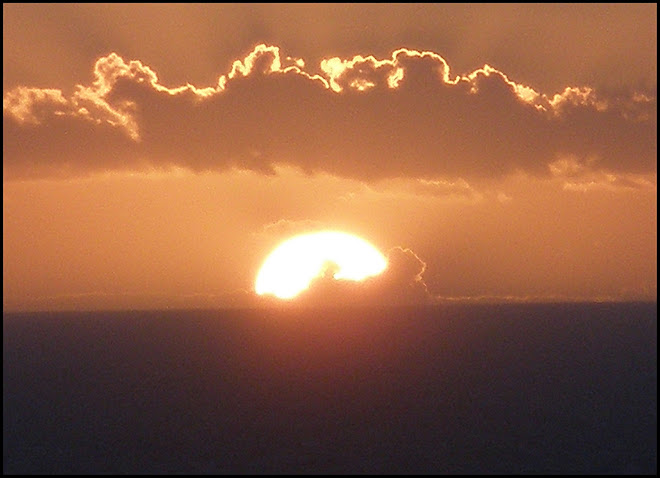