Holiday on the Wark's Avon, Day 3 - A Monstrous Intrusion

Day three of my ever diminishing challenge chances dawned and I was up on the point gunning after the curiously elusive bleak, as early as possible. There simply had to be some bleak somewhere in the mighty breadth of water out front, Kev had caught plenty of them last year right here and under the rod top, so they should be still be out there somewhere, surely? 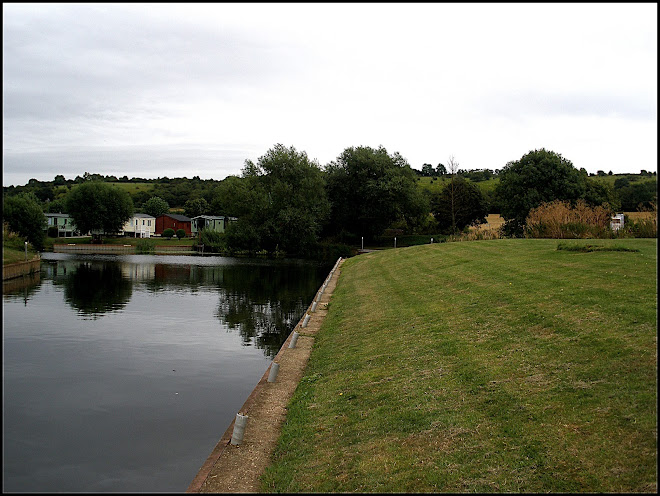 The cut seen from the island, with the main river and the point where I am headed, in the background

I'd adopted an ultrafine (by my standards) approach of a single maggot mounted on a size sixteen tied to pound and a half bottom. The float was a big old wire stemmed Avon carrying three BB shot so that I could cast a mile and explore the fifty or sixty yards of water, easily the widest point in miles of river, flowing past the point for the little bug eyed fish that was proving such a tough nut to crack.

I got bites on the maggot without any feed to back it up. The float buried and I was attached to a small fish that looked most familiar as I swung it to hand. Hoorah! A true silver bream. 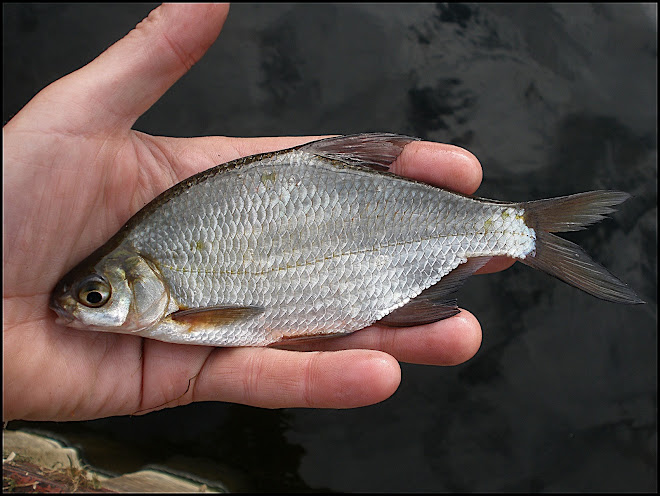 Now here I had another unexpected chance to improve my position on the score board having failed to secure the point for this species back in springtime. Back then I'd located them in the my local Coventry canal stretch at Longford, but struggled to catch more than two in any one session. I would have only needed three of those relatively large three quarter pound specimens back then, but would need to catch at least ten fish of this stamp. I was heartened when I recalled that Keith had also found a pod of silvers about this size in the Avon at Stratford, and had on that occasion, managed to put together enough of them to secure his point. I really hoped now, to do the same.

I cast with renewed vigour and in tune with my optimism, the float sank from view. Unfortunately, just a bream this time, about three quarters of a pound. Then I'd a few gudgeon, and a few gudgeon more before the line tightened on another and more substantial bream, hopefully this time, a big fat silver one.

The water under my feet was so clear I could see the bottom in four feet of water. There seemed to be nothing untoward, no hidden threat down there, but as the two pound bream came flapping to the surface and just as I edged the net under the belly, an invisible force that had been till now lurking just a yard or two downstream, launched itself at the hapless fish causing a gigantic bow wave and a violent crash of foaming water as it snatched the bream clean away, hook shot and all. 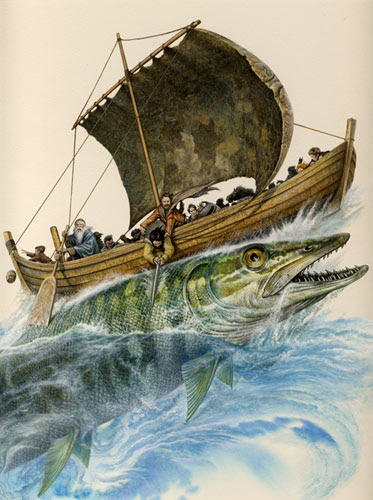 It was this big... Image, John Sibbick

I went back to camp, got the big spoon-shaped barbel net, tied the biggest plug I had in my bag to a wire trace and rigged it to one of the barbel rods and then tried for half an hour to catch it out. I think that perhaps that two pound bream was more than enough for breakfast, as I didn't get a follow or a pull in that time and eventually went back to the float fishing. Unfortunately the chance for the silver bream had passed me by once again and all I seemed to be able to catch now was gudgeon, and I already have had the gudgeon point many times over.

Interestingly, one of the gudgeon coughed up this little fella. I'd be interested to know, if anyone has a clue, what species of fry (and don't say Steven...) it is. 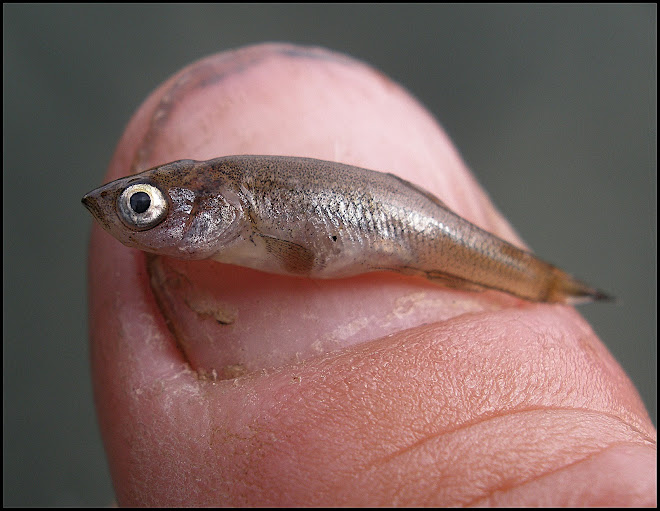 The rest of the day passed by in non fishing activities (there are limits to how much fishing I can stand) but in the evening I went out for the ten till twelve barbel feeding spell... 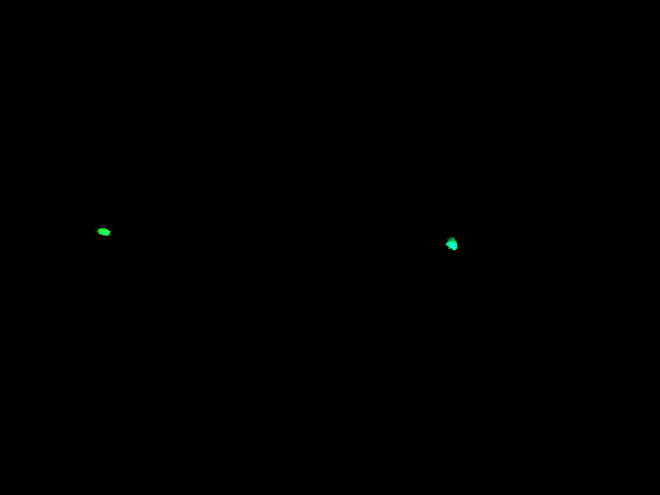 Luckily I made the fortunate mistake of taking a bottle of red wine along to ease the pain of blanking. By the time midnight came around the softly glowing chunks of kryptonite atop my rods were moving all right, but it weren't the fish that was doing it.
Created by Jeff Hatt at Tuesday, August 10, 2010