We arrived last night, just as light faded, but pitched the tent all the same, in relative comfort. This year, we pitched on the camp site rather than on the island, when the owner expressed his wishes that we didn't.... Complaints apparently, from boat people, most probably...

I took a reacquaintancing walk down to the river and saw a few white vans parked behind swims which can only mean the one thing at Anchor Meadow - barbel anglers hoping to capitalise upon the ten till midnight feeding spell. I decided not to join them but stayed at camp and sank a few beers.

This morning I woke at dawn and went down with float gear to the island's top point and caught some nice sized perch, a few dace, gudgeon and a small roach. Unfortunately I could not find any bleak, a fish that I do need to catch this week for a challenge point, along with barbel, chub, and bream - other target species that I had down as easily possible from this venue, under the right conditions.

I went back to breakfast when Judy called.

She'd made the morning tea, and fried the bacon....

After removing the meat from the pan she'd left it on heat, and the fat ignited.

It being my job to put out fires, I removed the pan from the stove, and dropped it much too forcefully upon the floor...

The fat erupted in a bubbling, flaming, explosion of searing brown liquid, that sprayed up my right hand and forearm, singing off the hairs, and burning deep into the skin.

I was the proud exhibitor of a spectacular splash of extremely painful welt. 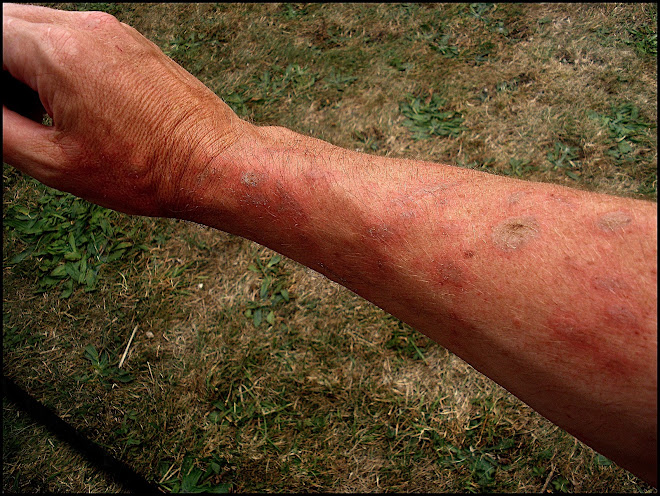 Judy wrapped it in a damp tea towel to control the pain and keep the swelling down and we went off to town for provisions and then a trip to the Fish and Anchor pub on the opposite side of the river, just a forty yard wade but a car journey of six miles!

At the pub, the road runs along the top of a wall high above the river. In good light conditions and clear water you can look down and watch the fish - today was perfect and I saw plenty of them! A guy was wading and trotting a stick float downstream toward the weir. I would be back at camp in an hour or two and would be fishing myself so I certainly wasn't going to shout down and tell him to move from his present position where the fish weren't, upstream to where they were! 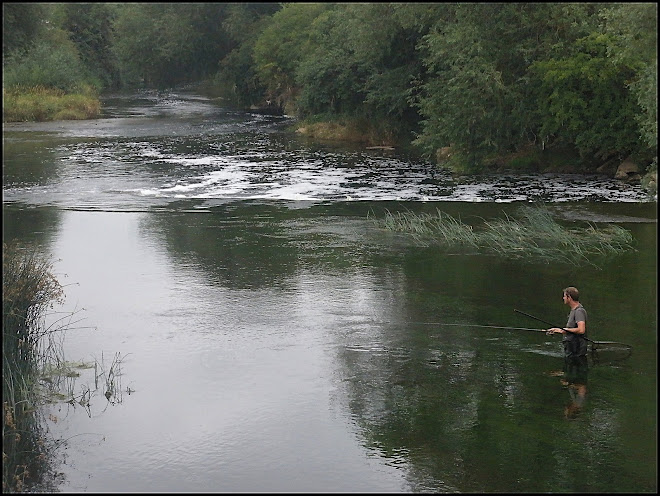 There were scores of large black backed chub occupying a wide and slightly deeper depression in the swift shallow water not twenty yards above. Then, I saw smaller, olive-backed fish that at first sight I thought to be juvenile chub, but then recognised as large roach, of at least a pound and half, and maybe more! This was a surprise; I'd never caught a single roach from this venue and only ever seen one caught by another angler, and roach of this impressive size are so very hard to come on this river, or any other, come to that, that I really feel that I shouldn't be telling you about them, at all!

There was also one of those huge cylindrical agribusiness bales of hay sitting midwater and firmly lodged causing a scouring turbulence in its lee that had removed the weed and created an open patch of clean gravel. A trio of large barbel emerged from the weed and drifted effortlessly across it, vanishing beneath a patch of broken water and into the glaring reflections of the high noon sun.

I thought that I might just be fishing this swim on my return...

Hunting Dogs
I settled into the peg deciding that the roach were just too good an opportunity to miss, challenge points not withstanding, so I set up with a light Avon rod, fixed spool reel with four pound mainline, a paternostered medium sized cage feeder stuffed with liquidised bread and a long tail of three feet including a hooklink of two and three quarter pound test to a size twelve barbed hook baited with a piece of breadflake folded over, compressed and then hooked once through the fold - nowadays this is the only way I will use breadflake, believing it to be, on the evidence of long trial and error, far superior to, and more reliable than, any other current method.

Try it. If you're a confirmed breadflake 'shank mounter' you will be pleasantly surprised, I'll guarantee it...

The bites came from the very fastest water, three quarters of the way across the stream. In the slacks, nothing doing. The first hook up was with a half pound roach, which was very encouraging news and then twenty minutes later another similar fish came to the net. 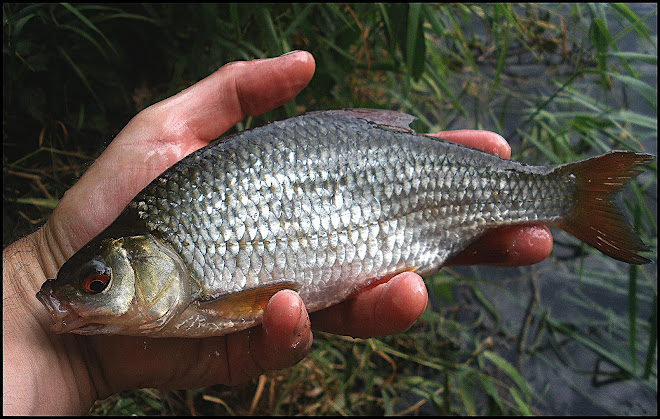 Now I really was 'roach fishing' and trying hard for one of those dogs that I'd seen earlier in the day. I tried float fished flake, and when after numerous unsuccessful and very difficult long distance, cross stream trots, the float eventually buried and the strike met with substantial power, I really thought I was in business with a two pounder - but no, it was a fish of the right size, OK, but just the wrong species... 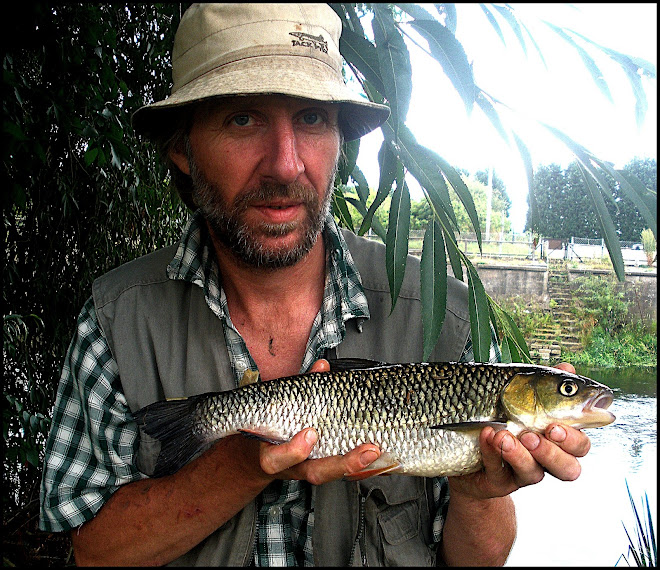 I thought I might now be in with a viable chance of gaining a chub point should they decide to feed in earnest upon my breadflake offerings, but no more fish came to the trotted variety so I switched back to legering and had another roach the same stamp as before, before the bites became infuriatingly touchy and hard to hit. Now I was pricking too many fish and that seemed to put the swim down for good.

I gave up in the end and went off to chat with the other anglers, who, it transpired, had done very badly, with just bits to show for many hours of trotting, and a few chublets to show for a day on the lead.