I think we four of the fishing challenge have all concocted our own peculiar strategic approaches to securing points; Keith's for example is — secure the easy ones first and then concentrate upon the hard ones later, and mine goes — take it as you find it, and exploit the opportunity when it arises.

Both ways are good ways. Keith has the use of a car so he can point himself at say, crucian carp, and go where they are known to be, where I have to find and then walk to my fisheries, discover what if any fish they contain or be transported to certain prospects by others because financial constraints mean that for the first time in my life I am quite without transport of my own.

It's all good-hearted fun and though it is competitive enough to make it interesting, no-one is holding back the locations where they gained their points and so the others get a crack at gaining the same; Keith and Pete got their gudgeon points from the same pool so I will go there for mine unless I find them elsewhere, for instance, and my recent weights of rudd from a local pond gave both Keith and Danny a chance of that point, which of course they exploited and duly got.

Of all the species on the list we all agree that the silver bream is going to be one of the very the hardest points to gain if we stay local to the Midlands. I do have the best chance of securing this point as I live by the canal and have at least pinpointed a general area where they might be caught, though not in the numbers required — when I've been really lucky, just a single fish in a session has been my experience...

On Thursday afternoon I thought the conditions to be perfect for them with fish, probably bream of some sort, rolling along the far bank and at the very same spot where I'd caught a silver bream in late April — so I made the snap decision to go home, get the gear and use up the afternoon in the pursuit of a silver bream point.

My experience with this kind of canal fishing, where you locate fish first and then feed over head in order to get them down to the bottom and grubbing around, is that of action achieved either laboriously or instantaneously. I laced the far shelf, where the fish were still moving around freely, with white maggots, set up at dead depth allowing the bait to move around in the tow.

This time it proved laborious with bites failing to materialise for the first hour. Nevertheless I persisted with the feeding of regular offerings and in the end had a nice sideways sail away bite that connected with a dogged force. At the net I was surprise to see not the skimmer I'd expected but one of my true quarry - a silver bream of three quarters of a pound!

A new personal best this, by an ounce. Just a short time ago this fish would have been just three ounces short of Dennis Flack's long standing British Record!

We are now chasing a weight of two pounds two ounces, the record fish at the time we started the challenge, but a record that has been broken a few times since, currently standing at 2lb 4oz and with a fish in the queue for ratification of 2lb 14oz, and it's a record that this summer will almost certainly top three pounds if the form of Mill Farm, Sussex the extraordinarly lake that has hosted all the recent record breakers, is maintained.

Imagine my delight when very next cast another of these rare creatures came to net! 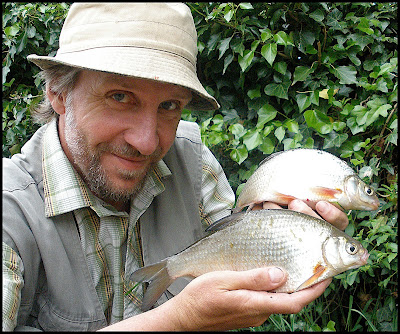 Whoohoo! a shoal in the swim, obviously; one more of this stamp and the point was in the bag! 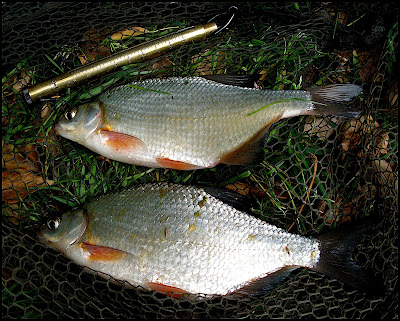 The hours passed away with me sitting on my hands in anticipation of the required third silver bream but my chances were slipping through my now slimy fingers as young bronze bream found the bait and then the perch ended the long sentence with a full stop. 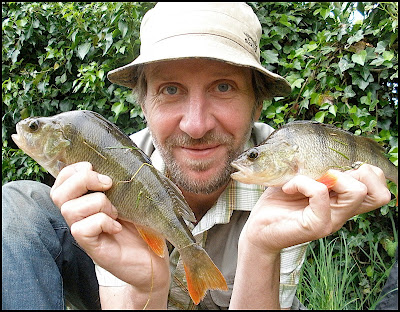 ...and finally, a family of swans arrived to do what swans always do to anglers swims... 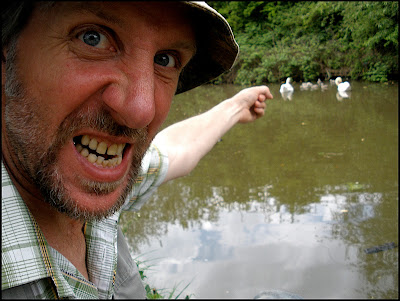 The session ended when I really had to go to an evening appointment that I could not postpone for fishing prospects, no matter how important!