I went up the cut last night for an hour or two just to snatch some fishing hours as I am now forced by last minute commitments and a family wedding in Essex over the weekend coming to cancel or postpone all my angling arrangements - I won't get out again till next week some time.

I started out at the Courtaulds stretch after one of the rudd that inhabit that particular place, but not one bite was had, so I moved back home to my comfy pitch on the grassy bank ~ 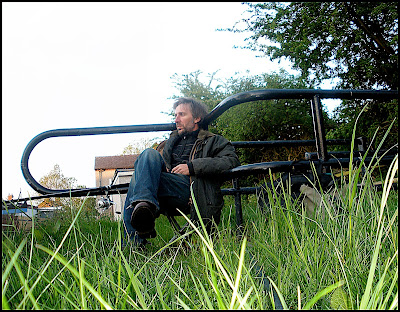 Small roach were topping out front so I hoped larger roach would be beneath them. The bites came straight off the bat but it weren't roach that wuz doing em, but perch, and above average ones at that.

I thought I might get enough for a point on the challenge if the average stamp of half a pound a chuck continued so started keeping tally as the keepnet was at home. I needed no less than 13 fish to get me beyond the required weight, so an uphill struggle, but possible.

The perch came one after the other and I had notched up seven to 10 oz, when this little chap turned up... 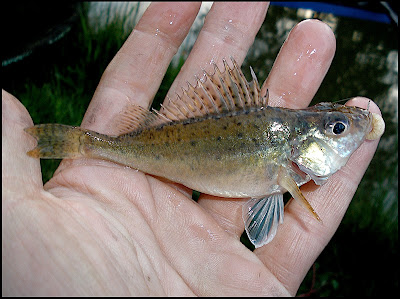 Of course now I was going for two points, needing five ruffe at this size and a further six perch. Unfortunately the bites tailed off as dusk approached and the stamp of perch decreased to half of what it had been, so all bets were off.

Make no mistake, Keith will be round here next week with his whip and maggot...!
Created by Jeff Hatt at Tuesday, May 18, 2010