Of all the set of four local free stillwaters I've fished over the last couple of years, there has been one that I have studiously avoided dunking a line in. I call it the 'Bomb Crater' because it is one of the most featureless water filled holes in the ground that I have ever laid eyes on and really, it has to be the most unprepossessing water in the West Midlands, bar none, Even yer average commercial sink usually has at least a willow frond or two to veil its modesty, but not this place - it is as naked as the day it was born ~ 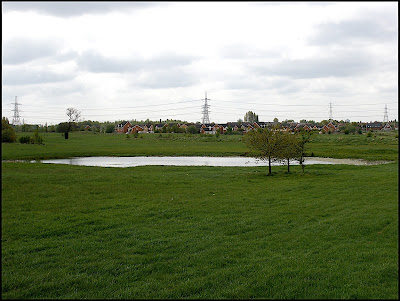 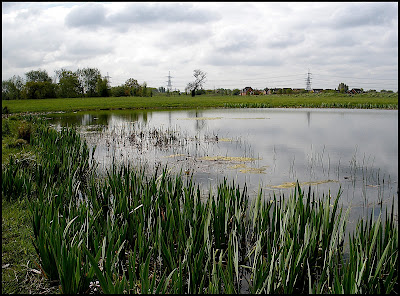 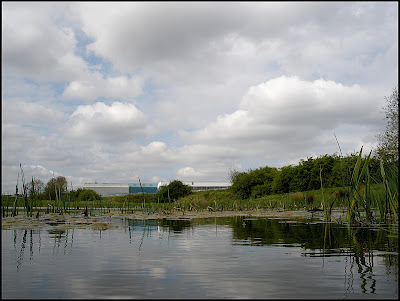 It's just a hundred yards away from the ancient and very pretty tree filled farm pond that I've been concentrating upon of late but a million miles away in style - in fact the the two ponds could not be more perfectly diametrical to one another.

I set up a float rod and decided to fish on the drop for the rudd that I knew it contained from reading Sean's (Off the Oche, Down The River) accounts of his recent trials there. Between us both I reckon we will reveal all the secrets of these fascinating lakes, in time.

I did not know what to expect so I sprayed the swim with loose fed white maggots to attract the rudd and proceeded to fish. The first bites came after twenty minutes or so and resulted in just what I expected - small rudd up to about two ounces or so ~ 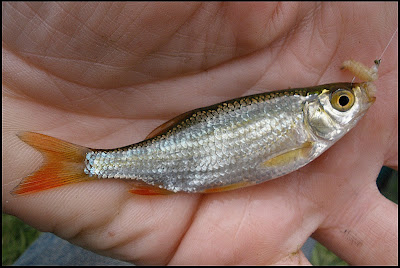 After some time catching these and still feeding maggots regularly, I then moved up to bread flake to get a better stamp of fish, a tactical move that worked to a degree with fish now coming to six ounces, but a move that did not deter the smaller fish from having a go and knocking the bait about to reduce it.

Then came my carefully prepared secret weapon. A hook bait too large for a small fish to swallow and impossible for a small fish to reduce because of its rubbery durability, but so very, very soft that the hook would strike straight out of it should a larger specimen take. I slipped the size 14 hook into its bore and out through its soft white flesh and then carefully flicked the 'wonder bait' (I hoped!) outwards and towards the feeding fish ~ 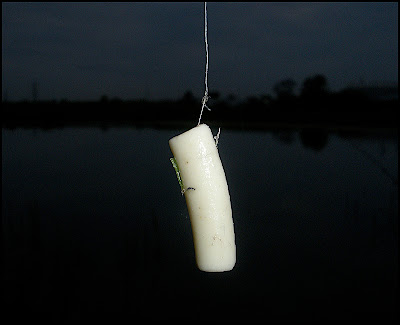 What happened next was rather encouraging. The float buried and I was attached to a pleasing hard thump that emerged as an immaculate rudd of half a pound or more ~ 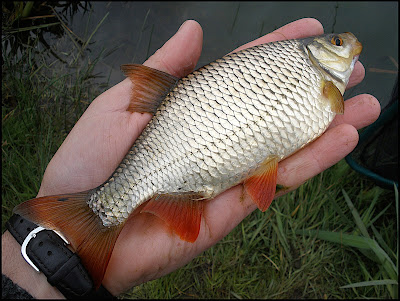 This was immediately followed by another of ten ounces and this pattern continued for the next two hours with occasional intermissions caused by the arrival of perch, one of which took a length of this most un-perch bait ~ 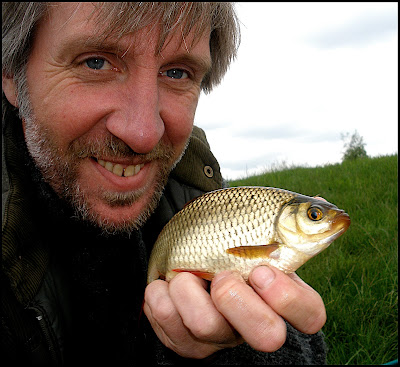 I ended up with ten pounds and eight ounces of these ravishing creatures, and that ranks as my best ever catch of the species ~ 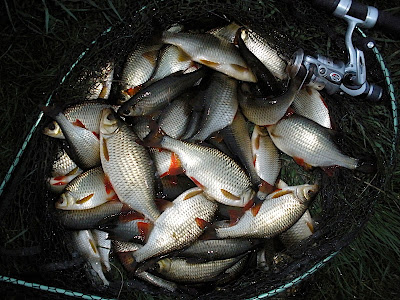 What was amazing was the free-for-all that the macaroni caused after both maggots and bread had encouraged only half hearted responses: the fish were almost crawling up the line to the net. I know that macaroni is an old roach trotting bait and recently there was a fad for using tinned macaroni cheese, but I had no idea it could work so well when getting 'bitted out' by minute fish on other less sneaky baits!

This is going in my regular bait box along with the old reliables... 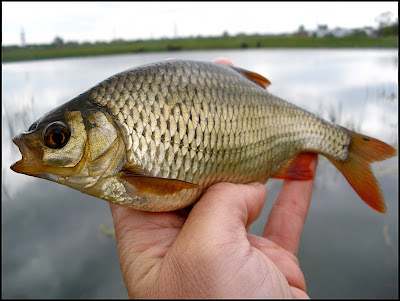 Email ThisBlogThis!Share to TwitterShare to FacebookShare to Pinterest
Labels: Rudd